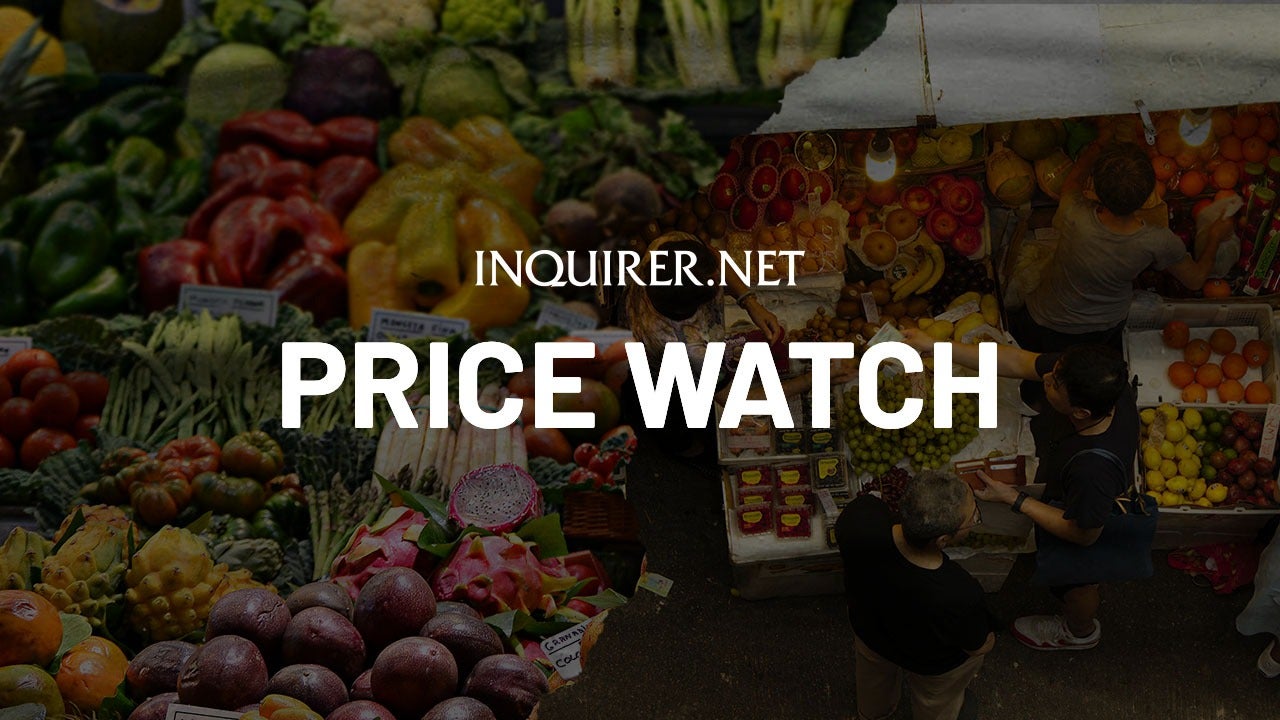 Here are the prevailing prices of food and other commodities in Metro Manila as of Wednesday, Nov. 30.

Prices for fish remain mostly unchanged, except for bangus, which dropped by P40 to P150 per kilogram.

Prices of sugar and other commodities mostly remain unchanged: Local garlic is at P250 per kilogram. Prices for siling labuyo remain at P500 per kilogram.

Gasoline, kerosine prices to go up on Tuesday

Upward pressures on food prices in the Philippines  are expected to remain high over the next three months as the La Niña phenomenon remains entrenched, although it is now more likely to dissipate as early as February 2023.

Retail prices of certain vegetables in Metro Manila rose by as much as P40 per kilogram after Severe Tropical Storm “Paeng” (international name: Nalgae) ravaged many parts of the Philippines, the Department of Agriculture (DA) said.

DTI reminds public of prevailing SRP for candles ahead of Undas

The Department of Trade and Industry (DTI) reminds the public about the prevailing suggested retail prices (SRP) for candles, a little more than a week before “Undas” when the demand is expected to increase. | @AldenMonzonINQ pic.twitter.com/T5roou0Vjv

PH braces for even higher food prices in Q4

The pressure that keeps food inflation elevated in the Philippines has increased with the La Niña weather phenomenon expected to prevail over the remainder of this year, and possibly even extend until the first quarter of 2023.

Another fuel price hike seen amid fears of global recession

Oil companies are expected to jack up domestic fuel prices for the second straight week, but less than the increases it slapped last week, according to industry sources.

FILL UP YOUR TANKS, MOTORISTS! ⛽️

Group calls for reduced pork tariffs until next year

Meat traders found an ally in a public advocacy organization which appealed for the extension of lower tariffs on imported pork and other food items until next year.

The Foundation for Economic Freedom (FEF) is pushing the Marcos administration to issue a new executive order to sustain reduced tariff rates until 2023 and expand its coverage.

Pump prices of diesel, gasoline and kerosene will increase Tuesday.

Diesel will see the biggest hike of P6.85 per liter, while gasoline and kerosene prices will rise by P1.20 and P3.50 per liter, respectively.

Fuel prices seen to go up next week

Prices of gasoline, diesel and kerosene will likely go up next week, according to a Department of Energy official and sources in the local oil industry.

Diesel prices may increase by P4.20 to P4.70 per liter, while those of gasoline may rise by 40 centavos to 70 centavos a liter, according to sources.

The Philippine economy is now expected to grow slower in 2022 than what was believed three months ago, still momentum-laden at 6.5 percent but diminished from the 6.9 percent forecast in July, according to the Asean plus 3 Macroeconomic Research Office (Amro).

In the latest quarterly update of their Asean plus 3 Regional Economic Outlook 2022 report, the Singapore-based think tank said the Philippines would still outperform both the Asean and the Asean plus 3 regions.

September inflation revs up to 6.9%

Inflation in the Philippines heated up to 6.9 percent in September from 6.3 percent in August, according to the Philippine Statistics Authority. This brought the year-to-date [January-September] average to 5.1 percent.

National Statistician Dennis Mapa said in a press briefing the latest readout was mainly driven by faster rate of increases in prices of some food items like eggplant, tilapia and refined sugar as well as electricity and housing.

JUST IN: Oil companies to cut fuel prices on Tuesday

Consumers distressed by rising inflation are in for a double dose of relief as the cost of cooking gas has dropped while other fuel prices are poised to go down for a fifth time next week. In a new reprieve for motorists, oil industry sources expect another fuel price rollback in a few days, albeit lower than the previous adjustment.

If the projections hold, it would be the fifth consecutive time that oil companies decreased the prices of diesel and kerosene.

Aurora loses P154M in agri, P72M in infra due to Karding

Super Typhoon “Karding” (international name: Noru) left Bicol with P17 million worth of damage to agriculture and irrigation, a report issued by the Office of Civil Defense (OCD) Bicol stated on Wednesday, September 28.

In separate advisories on Monday, Seaoil Philippines Inc. and Caltex Philippines said they would cut the price per liter of gasoline by P1.65, while those of diesel and kerosene will be reduced by P1.25 and P1.35 per liter, respectively.

Sardine canners are appealing to the Bureau of Fisheries and Aquatic Resources (BFAR) to ease regulations on commercial fishing to avoid a shortfall in fish supply.

Canned Sardines Association of the Philippines executive director Francisco Buencamino asked the BFAR to convene a multiparty meeting, including local government units in coastal areas, to discuss the possibility of allowing commercial fishing boats to operate close to the shorelines covered by municipal waters.

For the third straight week, local oil companies are slashing the prices of diesel and kerosene effective Tuesday, Sept. 20.

In separate advisories, oil firms said the price of diesel would decrease by P4.15 per liter while that of kerosene would be reduced by P4.45 per liter. The price of gasoline will be unchanged.

Here is the list of approved fare hikes for bus, jeepney, taxi transport network vehicle service units, which would take effect on Oct. 4.

Even higher rice prices on the horizon

Consumers may have to further tighten their belts as the confluence of unfavorable global events is expected to jack up the price of rice in retail markets, dampening hopes that the Marcos administration will make good on its campaign promise to make this staple food affordable for all, according to agricultural groups.

Another rollback in fuel prices seen next week

Another respite awaits motorists next week with the expected reduction in the pump prices of petroleum products.

According to industry sources, the price of diesel is expected to decrease by P3.90 to P4.20 per liter and gasoline by up to P0.30 per liter.

Prices of gas, diesel, kerosene to go down on Sept. 13

Gasoline, diesel, and kerosene prices are expected to be rolled back this week by a P0.45 to P1.70 per liter. 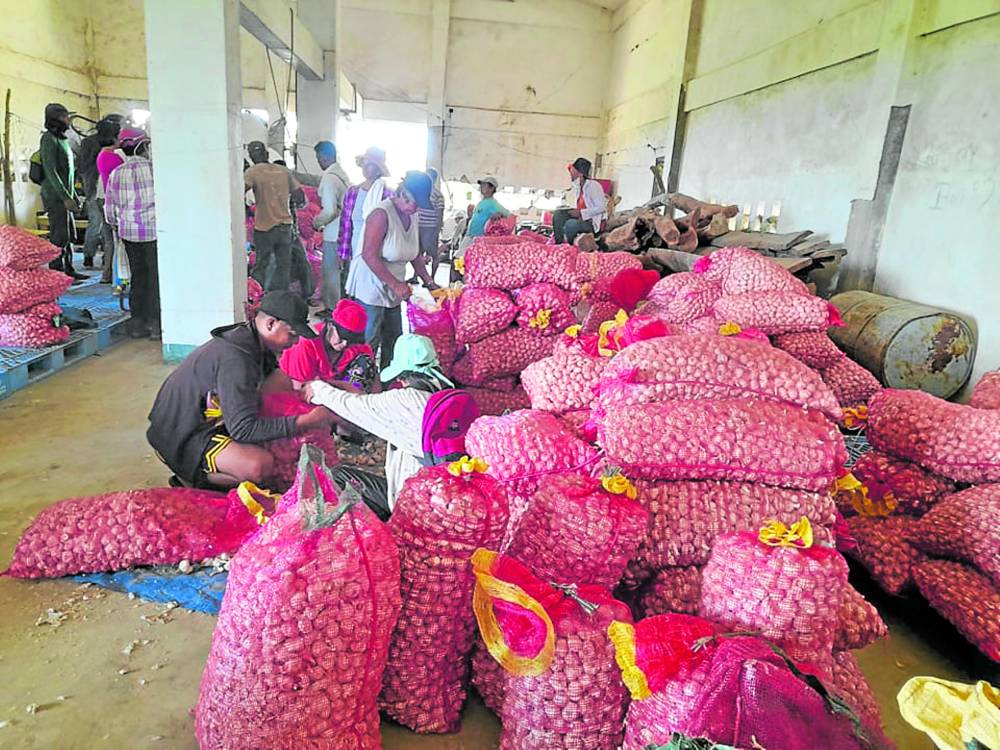 Officials in the northernmost province of Batanes on Thursday confirmed that there was an overproduction of local garlic, especially in this town, prompting Gov. Marilou Cayco to appeal to the public to buy the crop from farmers.

Donabel Gulaga, municipal agriculturist, said the oversupply of garlic in the province was due to a high yield between March and April this year.

She said at least 24 metric tons (MT) of garlic were already bought by the Department of Agriculture (DA) from the Itbayat Garlic Production Association. 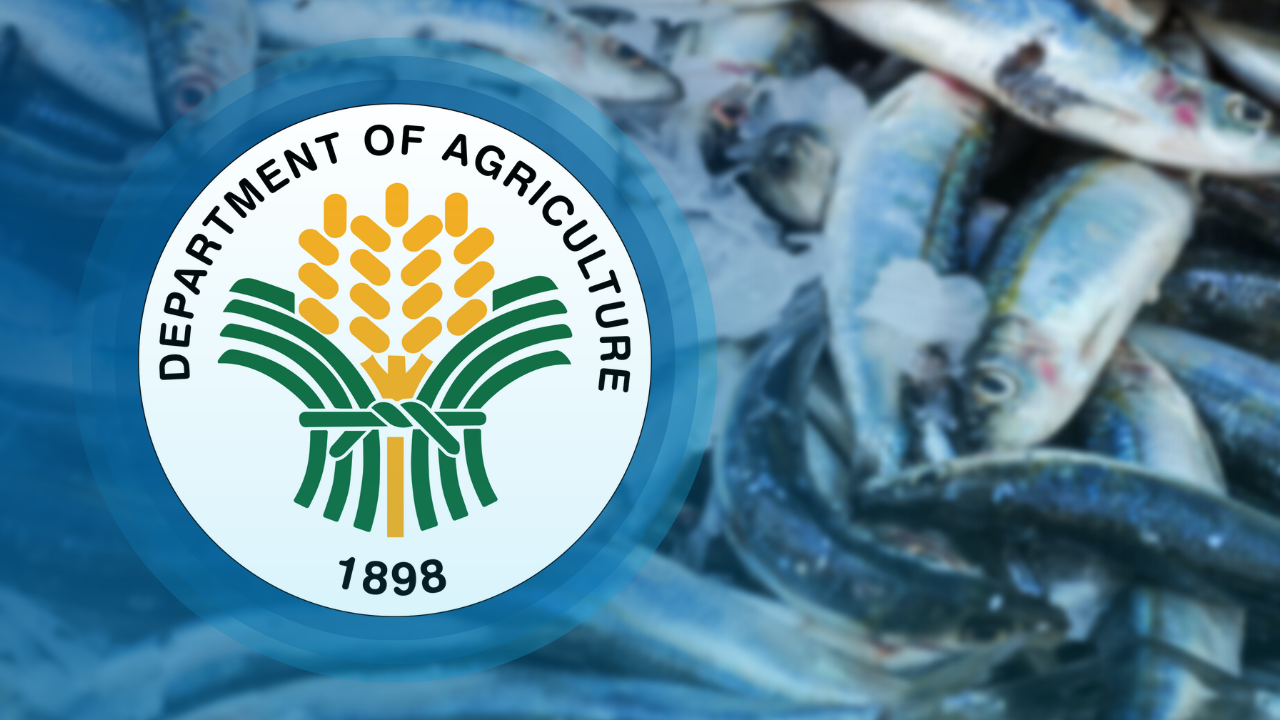 The Department of Agriculture on Wednesday said the supply of sardines in the country remains sufficient, contrary to the claims of ‘shortage’ by big fishing firms.

DA, citing data from the Philippine Statistics Authority and the Bureau of Fisheries and Aquatic Resources, said the country will be able to meet the annual demand of 101,367 metric tons (MT) for sardines since it estimated annual production of 293,431 MT of the fish this year. 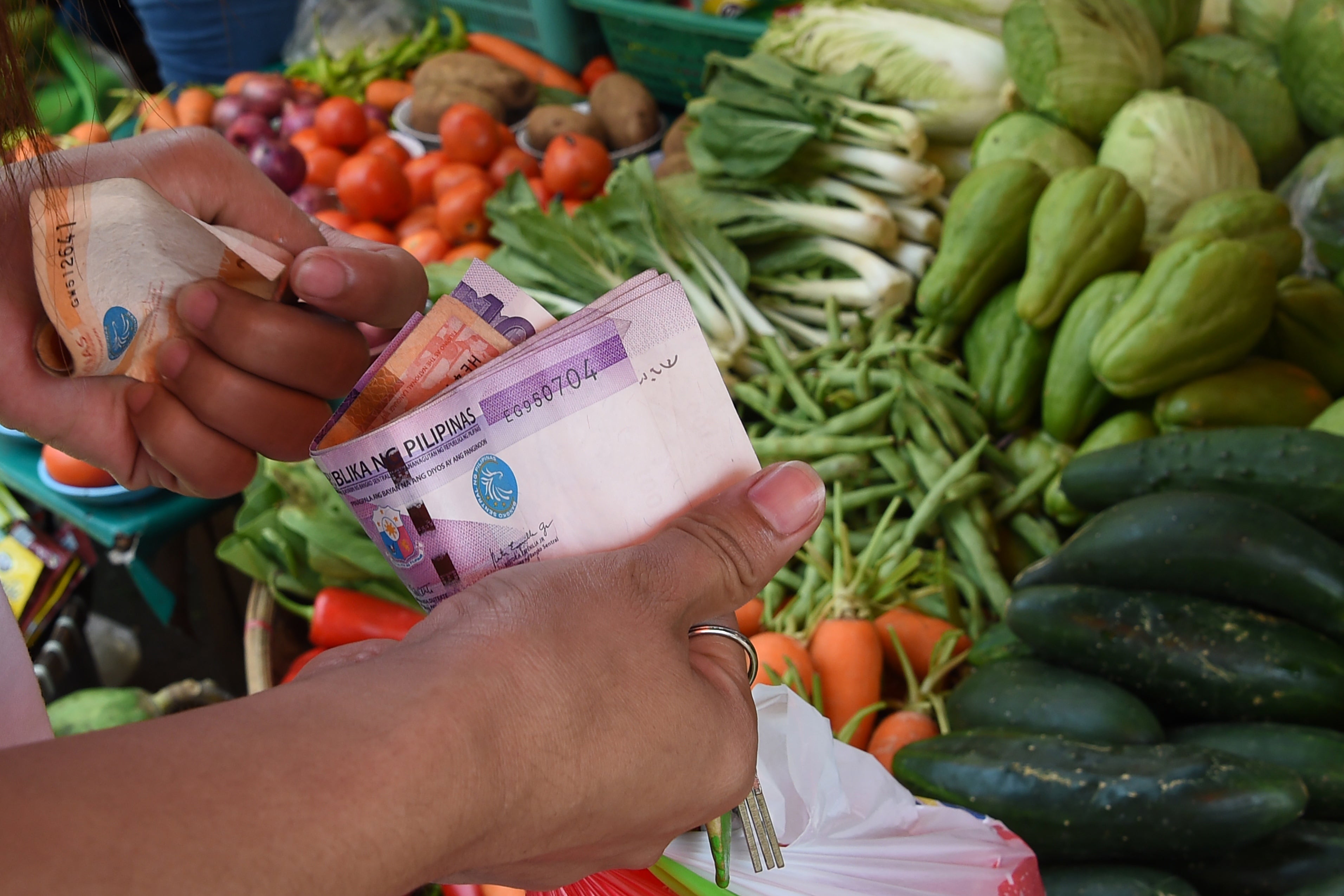 Pump prices of petroleum products will drop by P1.55 to P2.60 per liter this week, oil firms announced on Monday.

In separate advisories, the following oil firms announced a rollback in the prices of gasoline, diesel and kerosene effective Tuesday, Sept. 6:

The Best Tech Gifts For The 2022 Holidays

Pagasa: 1 to 2 storms expected in December