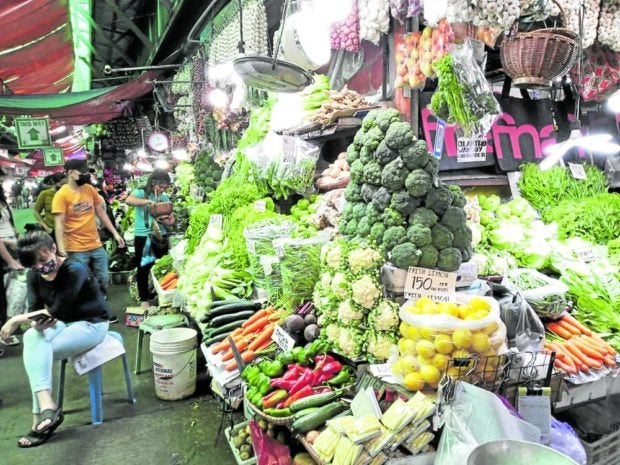 Retail prices of certain vegetables in Metro Manila rose by as much as P40 per kilogram after Severe Tropical Storm “Paeng” (international name: Nalgae) ravaged many parts of the Philippines, the Department of Agriculture (DA) said.

The DA observed that vegetable prices have climbed by P10 to P40 per kg as a result of the decline in the volume of agricultural produce shipped to the metropolis, according to Agriculture Assistant Secretary Kristine Evangelista.

“Prices of vegetables have increased by P25 to P30. The lowest increase was around P10,” she said during the government’s Laging Handa briefing.

Evangelista said they are expecting the selling price of vegetables in Metro Manila markets to stabilize as the quantity of vegetable products being transported to trading posts have normalized since then.

“From an increase of P30 to P40 in retail prices, we are expecting food prices to decrease by P10 to P20 before reverting to pretyphoon prices,” she added.

Bittergourd was sold for P140 per kg as of Thursday, higher than P120 per kg a day ago, according to the DA’s price monitoring.

String beans also rose to P120 per kg from P100 per kg. Pechay tagalog and squash were unchanged at P100 per kg and P50 per kg, respectively.

Also, prices of eggplant and tomato remained at P120 per kg each.

Pechay baguio and chayote were still at P100 per kg and P50 per kg.

Paeng wiped out P2.74 billion in farm produce as of Wednesday, based on the latest DA tally.

The volume of production loss was pegged at 111,831 metric tons covering 82,380 hectares of land.

The Kilusang Magbubukid ng Pilipinas (KMP), meanwhile, appealed to the DA and the Department of Trade and Industry to strictly implement the price freeze in areas that were put under a state of calamity.

The group likewise appealed for interventions to help agricultural producers and consumers affected by the typhoon as consumers will not be able to afford agricultural goods should prices spike again.

“The KMP is not satisfied with the assistance given by the DA to farmers and fishers affected by the typhoon,” it added.