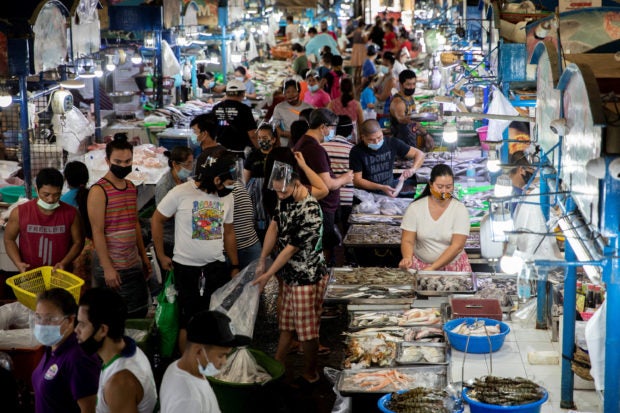 The Philippine economy is now expected to grow slower in 2022 than what was believed three months ago, still momentum-laden at 6.5 percent but diminished from the 6.9 percent forecast in July, according to the Asean plus 3 Macroeconomic Research Office (Amro).

In the latest quarterly update of their Asean plus 3 Regional Economic Outlook 2022 report, the Singapore-based think tank said the Philippines would still outperform both the Asean and the Asean plus 3 regions.

Amro said the domestic economy continues to face several risks and challenges, with a potential resurgence of COVID-19 infections remaining as the biggest threat to the recovery in the short term.

Also, the solvency of firms continued to pose a risk to the financial health of the banking sector.

“The impact from these two risks may have abated somewhat; however, capital flow volatility is set to rise in 2022 as global financial conditions tighten,” said the 180-page report on Asean plus 3.

Asean plus 3 covers these 10 economies as well as Japan, South Korea and China, including Hong Kong.

Amro said the 2022 growth forecast for Asean was now 5.3 percent, better than 5.1 percent in July.

On the other hand, the forecast for Asean plus 3 was lowered to 3.7 percent from 4.3 percent, mainly due to slower growth in the plus 3 economies.

“A simultaneous economic slowdown in the United States and euro area, in conjunction with tightening global financial conditions, would have negative spillover effects for the region through trade and financial channels,” said Amro chief economist Hoe Ee Khor.

Khor noted that inflation was heating up across Asean plus 3 as food and fuel prices remain elevated despite recent easing in key global commodity benchmarks. Also pushing prices higher were subsidy cuts in some economies and depreciating currencies.

“Central banks in the region are raising policy interest rates to safeguard price stability and support their currencies,” Khor said. “However, the pace of monetary tightening has generally been more measured and gradual than in the United States and the euro area.”