Group calls for reduced pork tariffs until next year 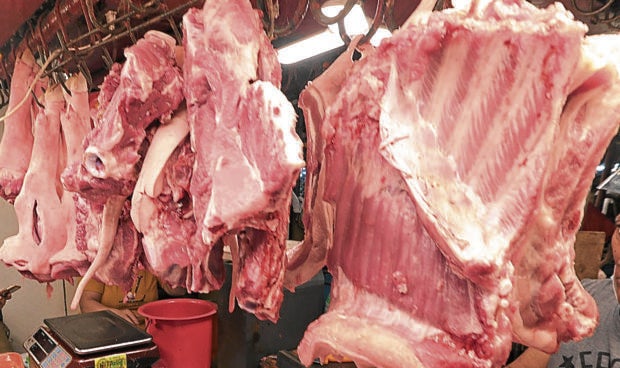 Meat traders found an ally in a public advocacy organization which appealed for the extension of lower tariffs on imported pork and other food items until next year.

The Foundation for Economic Freedom (FEF) is pushing the Marcos administration to issue a new executive order to sustain reduced tariff rates until 2023 and expand its coverage.

The group said the conditions that warranted the issuance of Executive Order (EO) No. 171, including the African swine fever outbreak, the pandemic-wrought supply chain disruptions and the Ukraine-Russia conflict, remain relevant to this day.

Allowing the entry of cheaper imports would stabilize the prices of agricultural commodities and ease inflationary pressures, the group said.

“It is arguable that conditions have aggravated since the passage of EO 171, with inflation now hovering just short of 7 percent versus the 4 percent level back in May 2022,” the FEF said in a statement.

“In the backdrop of all of these is a weakening economy and higher interest rate environment, which will cause sluggish economic recovery into at least 2023,” it added.

Domestic supplies, it said, are yet to reach pre-ASF levels as the deadly animal disease continues to scourge the local swine industry.

“Meanwhile, the optimism of developing a vaccine in the near term has been scuttled by recent developments in Vietnam. On top of this, the slow progress of the government’s hog repopulation program is marred by insufficient resources,” FEF said in a statement.

Also, the rice sector is “under threat” due to skyrocketing fertilizer costs and the impact of Supertyphoon “Karding” (international name: Noru) on its yield even though the demand is projected to rise to more than 15 million metric tons.

In terms of corn supply, the Philippines remains in a net deficit position and, according to the group, local production can only meet 57 to 60 percent of animal feed requirement. Corn is a major input in local animal protein production.

That said, the FEF is pushing for the equalization of the minimum access volume, with in-quota and out-quota rates fixed at 5 percent.

It noted the current corn MAV quota of 216,940 MT is not sufficient to tame domestic corn prices when the shortfall ranges from 3 to 4 million MT.

“The corn industry is further pressured by high input costs and weather disturbances, leading to its growing replacement with less-than-ideal imported wheat, a significant portion coming from the Black Sea,” it added.

With energy security a growing concern, the FEF said ensuring a reliable flow of feedstock to avert electricity shortages is vital for the economy’s continued postpandemic recovery.