GDP impact of Muslim travel in Asia to hit $33 billion by 2020, says report 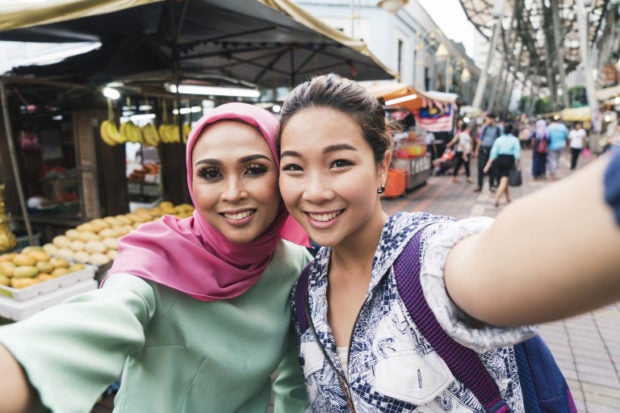 Non-Muslim countries in Asia like China, Thailand and Singapore are set to reap the benefits of Muslim travel over the next few years, as the region becomes increasingly popular for halal tourism.

That’s according to the results of the Global Economic Impact of Muslim Tourism and Future Growth Projection: 2017-2020 report, which predicts that the GDP impact of Muslim travel in Asia will hit $33 billion by 2020, up 27 percent from 2017.

Globally, that will represent 22 percent of Muslim travel spend.

The countries that will see the lion’s share of that spending? China, Thailand and Singapore.

The report was written by Salam Standard, a hospitality tool dedicated to Muslim travelers.

“Asia is one of the top regions driving the growth of the global Muslim travel market, fueled by a young and aspirational population and an increasingly-affluent middle class who are hungry to travel the world in a faith-compatible way, whether for business or leisure,” said Faeez Fadhlillah, CEO of Salam Standard and Muslim hotel booking site, Tripfez in a statement.

“The robust growth in inbound and outbound Muslim tourism expenditure forecast for Asia presents exciting opportunities for Muslim and non-Muslim destinations, which will benefit national and regional economies by boosting GDP and job creation,” added the executive.

The findings also predict that Indonesia, China and Malaysia will contribute 17 percent of total Muslim outbound spending by 2020, more than Europe, which is poised to reach 15 percent.

In other words, spending by Asia’s Muslim tourists is forecast to grow to $29.6 billion by 2020.

The rise in Muslim tourism presents a huge opportunity for destinations which are advised to develop halal-friendly tourism in order to capitalize on the growing market, analysts point out.

South Korea and Thailand have long been offering Muslim-friendly guides that include lists of halal restaurants, mosques and prayer rooms.

“With the Muslim population growth at 70 percent compared to the global average of 32 percent, the Muslim travel market presents many untapped opportunities for countries and organizations that successfully address its needs, and an enormous threat for those who ignore it,” Fadhlillah added. JB

Americans made up largest group of global air travelers in 2017, says report