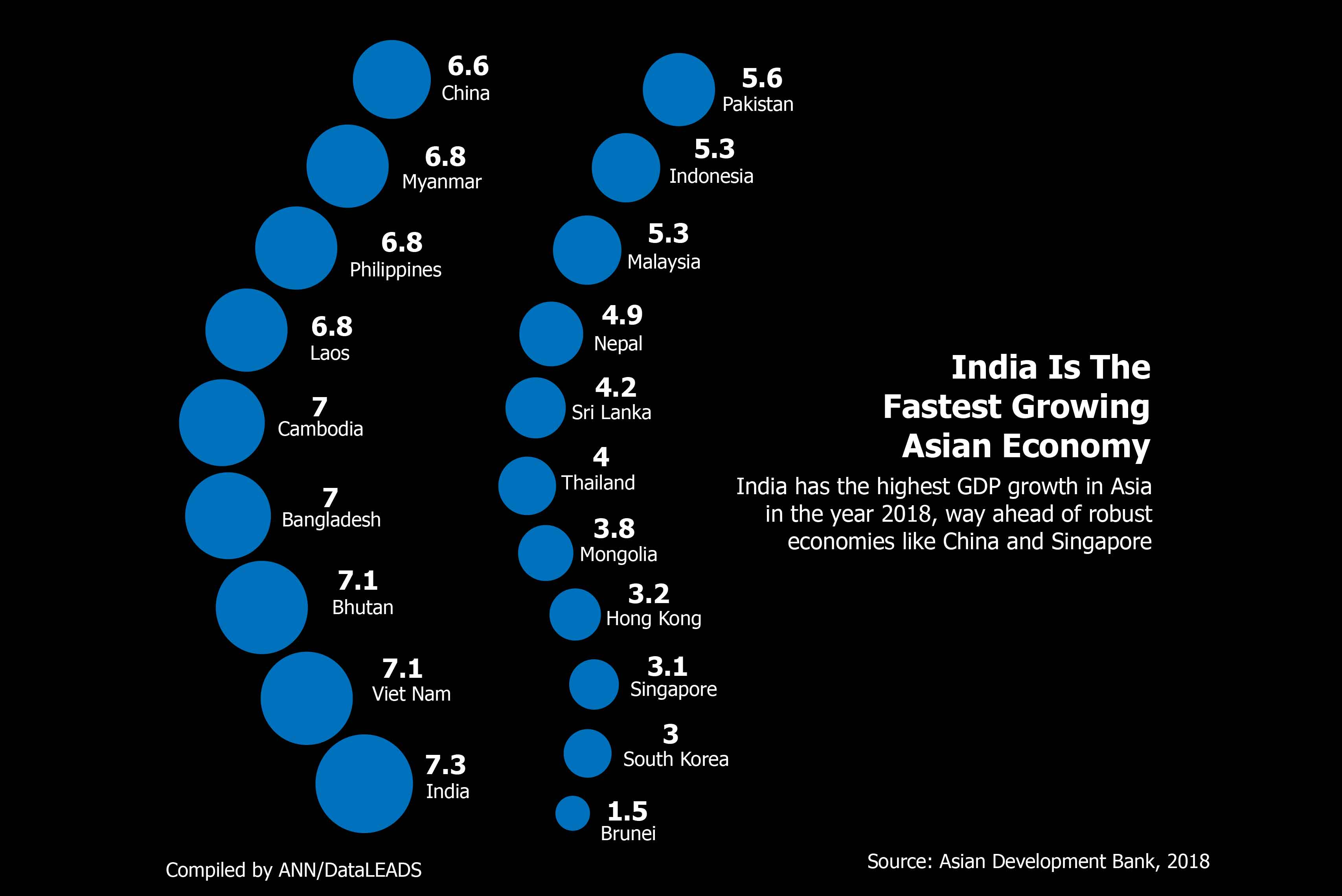 ‘Export expansion, rising domestic consumption, strong investment fueled by FDI, and a strengthening agriculture sector’ will propel Vietnam’s GDP to 7.1 percent. The country has seen significant improvement and the growing robust workforce of the country has been instrumental in the country’s growth.

Bhutan, a country that has built its economy on clean energy generation is expected to see a surge in GDP With 7.1 percent in 2018.

The boost from farm and industrial sector has helped Bangladesh maintain a steady growth with 7 percent GDP, however the country is projected to see a slight decrease from last year’s growth of 7.3 percent.

Laos, Philippines and Myanmar share similar growth rate of 6.8 percent, which is more or less consistent for Laos and Philippines (6.7 percent in 2017). Myanmar has remained stagnant this year.

Large account deficits has strangled Pakistan’s growth rate and the projected growth is seen at 5.6 percent in 2018. It however is a slight improvement on the last year’s growth rate of 5.4 percent.

Indonesia and Malaysia share the same GDP growth of 5.3 percent in 2018. Indonesia has progressed above previous year’s GDP of 5.1 percent whereas Malaysia has gone down the line from 5.9 percent in 2017.

The toll that floods in Nepal took on the country’s economy is reflected in the country’s projected GDP rate of 4.9 percent, a significant decrease from 7.4 per cent in 2017.

The GDP of Sri Lanka has significantly grown to 4.2 percent in 2018 from 3.1 percent in 2017. However the growth is still subdued owing to the badly hit agriculture sector.

Thailand has a projected growth rate of 4 percent in contrast to 3.9 percent of 2017.

Other Asian countries like Mongolia, Singapore, South Korea and Brunei has shown steady decrease in their GDP growth rates in comparison to their growth rates of 2017.

According to the Asian Development bank projections, While the region is expected to meet the forecast of 6.0% growth in 2018, the projection for 2019 has been trimmed by 0.1 percentage points to 5.8%.