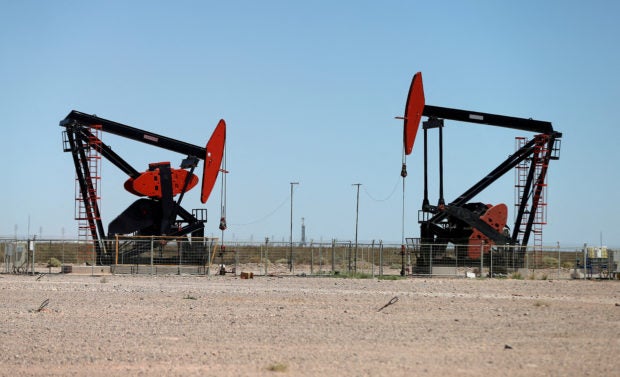 Both gave up early gains.

“Oil prices have been under pressure due to growing worries that aggressive rate rises by the U.S. Federal Reserve will slow the global economy and reduce fuel demand,” said Tetsu Emori, chief executive of Emori Fund Management Inc.

“Slack recovery in the Chinese economy is also weighing on market sentiment,” he said.

Oil futures have been volatile in recent weeks as traders have tried to reconcile the possibilities of further interest rate hikes, which could limit economic activity and thus cut fuel demand growth, against tight supply from disruptions in trading of Russian barrels because of Western sanctions amid the Ukraine conflict.

Officials at the Fed have indicated that the central bank would likely raise rates by 75 basis points at its July 26-27 meeting.

“The market tone is likely to remain bearish also on worries that the resumption of some Libyan crude oil output would ease tightness in global supply,” said Kazuhiko Saito, chief analyst at Fujitomi Securities Co Ltd.

On the supply side, Libya’s National Oil Corp. (NOC) aims to bring back production to 1.2 million barrels per day (bpd) in two weeks, NOC said in a statement early on Saturday.

The European Union said last week that it would allow Russian state-owned companies to ship oil to third countries under an adjustment of sanctions agreed by member states last week aimed at limiting the risks to global energy security.

However, Russian Central Bank Governor Elvira Nabiullina said on Friday that Russia would not supply oil to countries that decided to impose a price cap on its oil.