Grab puts some good in its app | Inquirer Business

Grab puts some good in its app 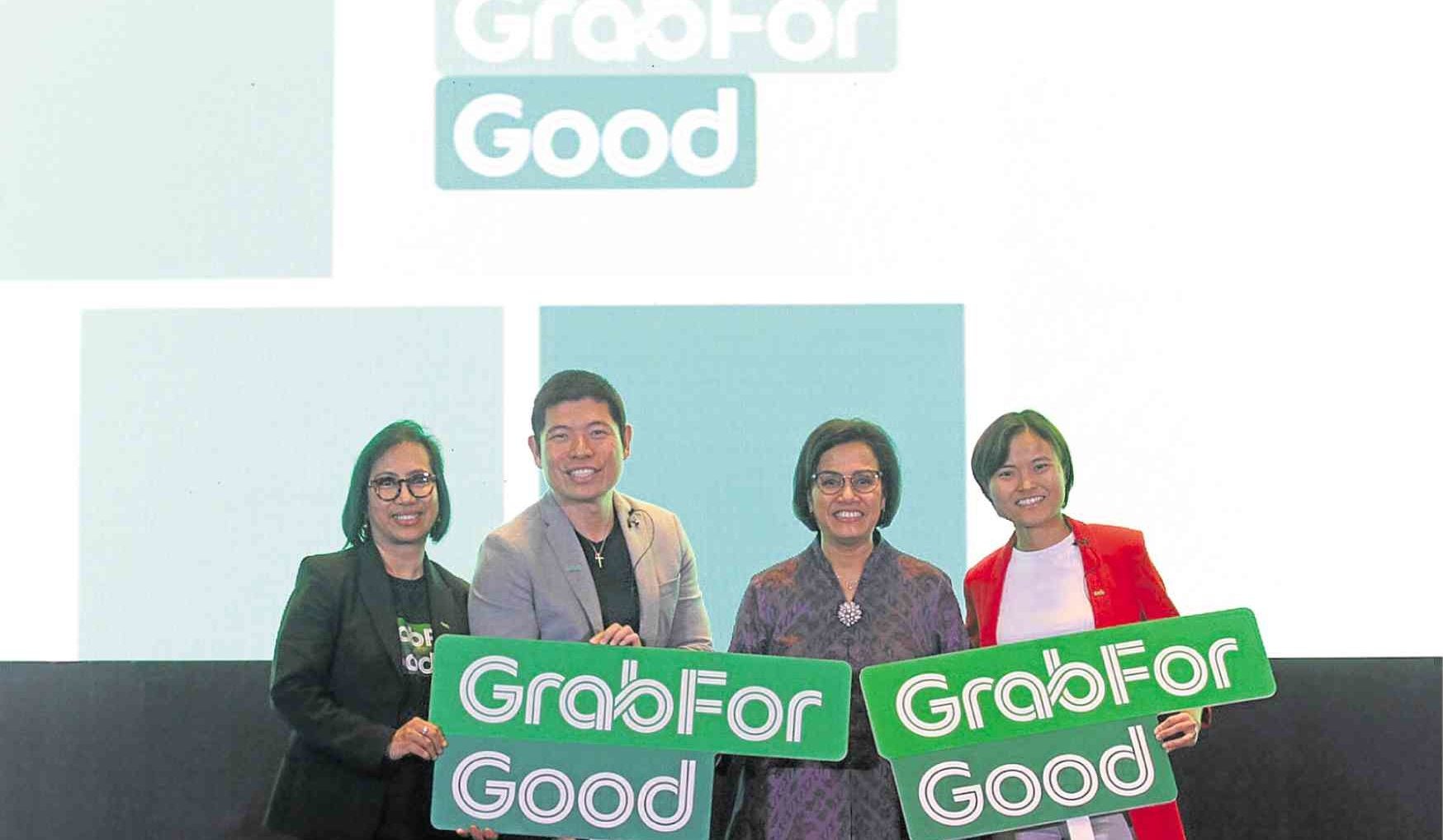 From transport service, to super app, to a superhero of sorts for microentrepreneurs and small businesses—such is the evolution of Southeast Asian tech company Grab, which recently announced a new initiative aimed at empowering these underserved entities, as well as improving financial and digital literacy, in the countries they operate in.

According to Grab’s first social impact report, which was also released in Jakarta, the company now has nine million microentrepreneurs—a combination of drivers, delivery partners, merchants, and business agents—on their platform.

The company started with just 40 taxi drivers in 2012.

The report also revealed that the company has: 1) contributed almost $6 billion to the Southeast Asia economy in the past year; 2) helped around two million previously unbanked individuals open accounts, as required before becoming a driver-partner; 3) empowered the livelihood of nine million microentrepreneurs; 4) and influenced more people on the use of cashless payment channels.

By 2025, Grab CEO and cofounder Anthony Tan said the company plans to help over five million more traditional businesses and small merchants digitize their workflow and processes under the Grab for Good program.

They also aim to bring digital literacy and inclusion to three million Southeast Asians through partnerships with both private and public institutions, as well as nonprofit organizations; and train 20,000 students through its tech talent initiatives.

In the Philippines, Grab’s focus, when it comes to helping small businesses and microentrepreneurs, are the food stalls that line the streets of Makati City, more popularly known as “jollijeeps.”

Grab Philippines public relations manager Krhizzy Pasigan said around 20 of these food stalls already offer delivery services, through GrabFood, to customers within the five-kilometer radius of their respective locations.

The formal announcement of these plans have yet to be made, but Pasigan painted a positive picture for these small businesses—she said that the food stalls on the platform, including the popular Sisig sa Rada, were able to make an additional P2 million in revenue in less than six months.

Tan announced the further expansion of their “Break the Silence” initiative, which allows the deaf to become driver-partners on their platform. Grab currently has over 500 deaf drivers in Malaysia and Thailand; the initiative will now roll out in Indonesia and Singapore.

Also, to “ensure that the knowledge of digital skills and technology is not limited to only those who go to good schools,” Grab sealed a partnership with Microsoft, also under the Grab for Good program.

The University of Indonesia and Bandung Institute of Technology have so far partnered with the two companies for their tech talent development initiatives.

Cheryl Goh, Grab’s group vice president for marketing, said that they plan to establish partnerships with schools in the Philippines in the coming year.

Grab driver-partners will also have access to Microsoft’s Digital Literacy certification via the Grab driver app, where they can complete basic tech courses, completion of which will earn them certification from Microsoft for free.

“Grab for Good is only the beginning for us. It is not a slogan for us, nor is it new; this is who we were at our founding. It is how we see ourselves in the future,” said Tan. “Grab for Good is a call for all of us today to work hand in hand to create a meaningful and lasting impact on society.”