Leaving nobody behind | Inquirer Business 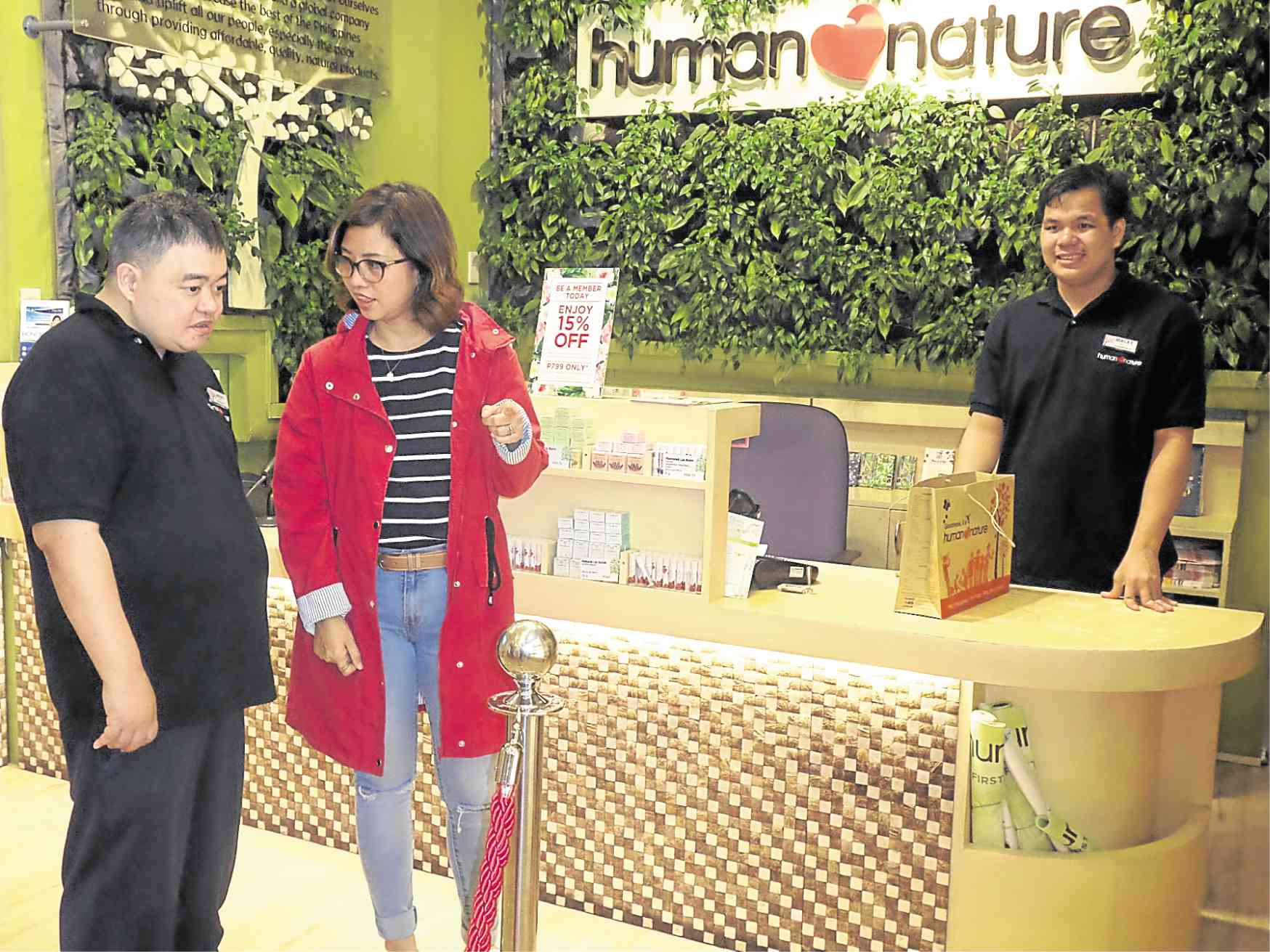 For Anna Meloto-Wilk, cofounder and president of Human Nature, allowing the differently abled to work in their stores—particularly people with development and learning difficulties—is just another step in the social enterprise’s journey toward inclusion.

She says she is open to having people with different sets of skills, as long as they share the values that anchor the company.

Human Nature, a for-profit business that offers 100-percent natural and Filipino-made personal care products while providing decent livelihoods for many families, and Abilities have embarked on a joint program to provide differently abled adults opportunities for gainful employment.

Abilities, an initiative of Beng Prado, former corporate public relations executive, is seeking to make it acceptable in the Philippines what is already commonplace in many parts of the world—a program that helps people with learning and developmental disabilities to find work by providing them skills adapted to their physical and mental capacities.

Prado says she set up Abilities in the hope that it will be “a community-based day program for adults with developmental disabilities—very much like those offered in the United States.”

Getting the program off the ground was not easy but Prado’s initiative was given a boost by Jo Palomares’ Kaspi-MPC, a support group of parents of children with neurodevelopmental disabilities, which already had several activities—sports, arts and music.

Abilities added to the activities by getting two parishes in Commonwealth, Quezon City, to celebrate a Sunday mass each month especially for persons with disabilities (PWDs).

But Prado says “what was obviously missing was getting them (PWDs) equipped with vocational skills. Most of the ‘kids’ in the group were already past school age, and were left with very little opportunity for productive activity. It became clear that this was where Abilities should focus on: helping provide employment opportunities.”

She fell back on her work experience as supported employment program manager for over three years in California, United States.

“From that experience, I knew that the work would have two important parts: getting jobs that provided a good fit for the participants, and helping them keep those jobs through proper coaching,” she says.

Prado says they have to find partner employers who share “our conviction that those with neurodevelopmental disabilities had something meaningful to offer.”

Many companies employ people with physical disabilities, as they are more easily integrated into the workforce. Those with autism, intellectual disabilities, Down syndrome and other neurodevelopmental disabilities present a greater challenge, Prado admits.

Prado says she knows the company shares their values and conviction. She and Meloto-Wilk’s father, Tony Meloto, were involved in Couples for Christ/Gawad Kalinga. Meloto-Wilk and Prado’s son, Maoey, were members of Youth for Christ.

Abilities handled a key feature of the program, job coaching, to help interns learn their tasks and get them more quickly adjusted to the work environment and culture.

Coaching is phased out as interns become more skilled in their assigned tasks.

Started in June, SNIP has two interns at Human Nature’s flagship store on Commonwealth Ave. in Quezon City—Macky Palomares, a 20-year-old with autism who is an information technology freshman, and Maoey, 42, who has a learning disability.

Abilities and Kaspi-MPC did the prescreening to ensure that the first SNIP interns were job-ready.

Palomares has participated in inclusive art, music and sports festivals in the Philippines and other parts of Asia, and has diverse interests. Maoey was in a community-based day program for over three years in the United States, and did regular volunteer work.

Palomares, who is agile and energetic, assists in bagging products and arranging items on display, while Prado greets clients and assists customers. They both show an eagerness to please and help customers. Maoey offers every customer a cup of coffee, listening intently to their preferences. (This writer got exactly the kind of coffee she asked for—with half a teaspoon of sugar and a teaspoon of creamer.)

Palomares, who happily chats with customers as they pay for purchases, says he likes being at Human Nature because he likes his coworkers. He also likes helping them and the customers.

Meloto-Wilk says this is the first time the social enterprise has differently abled people working on the “front line.”

But she will not compare her new interns with Human Nature’s other employees.

“It is not a case of comparing apples and apples,” she says. “We just have to figure out how and where they (PWDs) can contribute.”

However, Meloto-Wilk says the performance evaluation process is the same for all employees, as it is about values and assigned tasks.

So far, the interns have shown they have the stamina for the work they are doing but the real test will come when the Christmas shopping season starts.

She says one of their major concerns with SNIP is to ensure that they are really providing opportunities for the differently abled.

“I did not want this to be a token program, a mere PR (public relations) exercise.”

Meloto-Wilk says having people with special needs “really opens up minds,” referring to regular employees’ response to their new coworkers.

In the factory, she says having hearing-impaired workers helped raised efficiency.

The positive results of SPIN’s initial implementation motivates Meloto-Wilk to bring it to the company-owned store at SM North.

But she wants to move “very cautiously because there are many factors to consider,” adding they are still learning and looking at how PWDs can contribute to the company, where they will fit.

At the same time, Meloto-Wilk says it will be “exciting, on the scientific front in terms of understanding people with special needs.” —CONTRIBUTED