It was a fitting celebration of an illustrious decade leading to a new and exciting era in the Philippine travel and tourism industry. 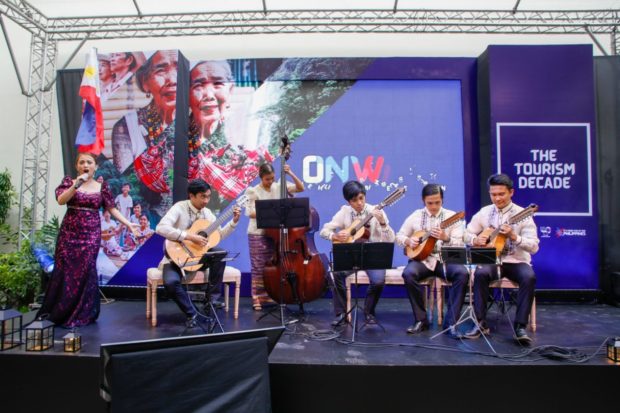 The launch of “The Tourism Decade”—the newest campaign of the Department of Tourism (DOT)—aptly marks the commemoration of the 10th year since the passage of Republic Act No. 9593, also known as the Tourism Act of 2009. 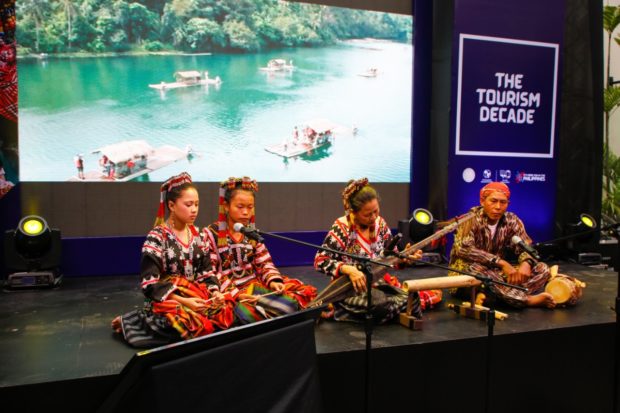 As it unveiled this campaign to the public at the Museo de Intramuros last Friday, the DOT also released its latest video and a microsite with mini-documentaries, and opened a multimedia exhibition dubbed, Onwards: The Philippine Tourism in Intramuros. All these were meant to showcase the industry’s notable contributions to helping ensure a more sustainable, inclusive growth across the country, while paying homage to the people and communities who have significantly benefited from sustainable tourism. 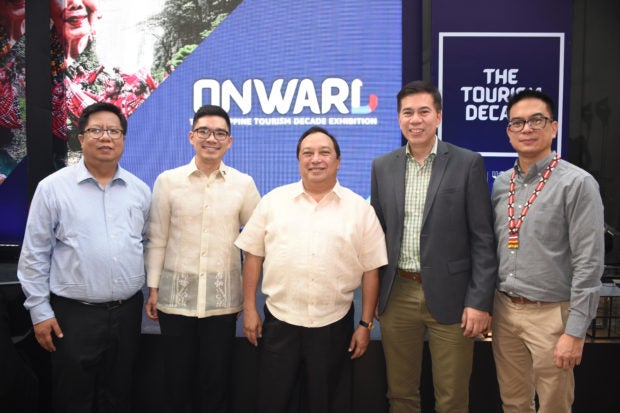 “The Tourism Decade celebration is an event not only to commemorate the law, but also to honor the travel industry’s contributions to the improvement of the lives of the Filipino people, and to bring attention to tourism’s functions as an engine of investment, employment, growth and national development,” Tourism Secretary Bernadette Romulo-Puyat said. 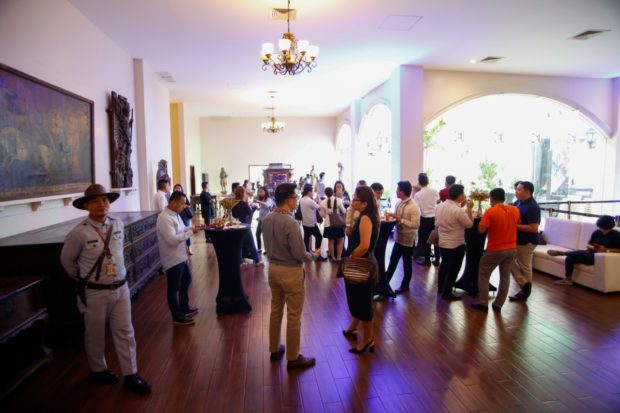 “If not for the implementation of Tourism Act, it would have been difficult for us to see the rising impact of the tourism industry on the country’s economic progress over the years, reaching a 12.7 percent contribution to the nation’s gross domestic product in 2018. This continued growth has proven tourism’s direct linkages to various socio-economic development activities that have been helping improve our people’s quality of life,” Puyat explained.

Since the enactment of Tourism Act in 2009, foreign arrivals have more than doubled, growing to 7.1 million in 2018 from only 3 million in 2009. Domestic tourism expenditure also grew to a whopping P3.2 trillion last year from the P508.8 billion that the government recorded in 2009.

Consequently, this continued rise in arrivals translated to bigger contributions to the local economy. A report by the World Travel and Tourism Council (WTTC) even pegged the total contribution of the country’s travel and tourism industry to the Philippine economy at a much higher P4.3 trillion last year, accounting for 24.7 percent or nearly a fourth of the country’s GDP. Meanwhile, some 8.4 million jobs, which account for about 20 percent of the total employment in the country in 2018, were directly and indirectly supported by the travel and tourism industry.

For this year alone, the DOT is bullish of hitting its target international arrivals of 8.2 million, nearly 14 percent higher than the 7.2 million recorded in 2017. This allows the Philippines to inch closer to its goal of hitting 10 million international tourist arrivals by 2022.

The DOT further underscored the fruits of the Tourism Act (which was authored by Sen. Richard J. Gordon and Bohol Rep. Edgardo M. Chatto, and signed into law by former President Gloria Macapagal-Arroyo) by revealing true and heartwarming stories of people whose lives were positively transformed by the tourism industry. Such narratives have become a source of joy, excitement, and more importantly, strength and inspiration, for many. 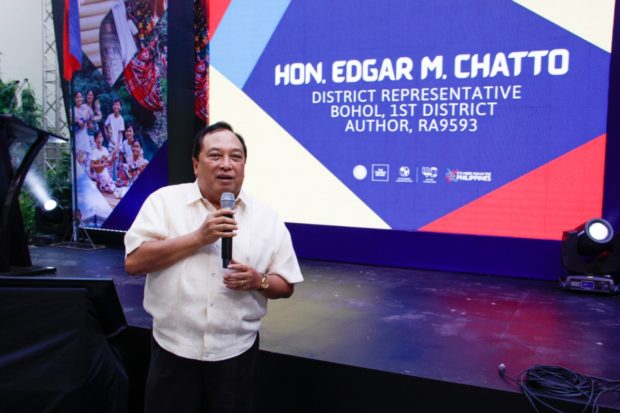 “This campaign pays homage to the people, organizations and communities who have reaped the benefits of sustainable tourism as envisioned by the proponents of the law,” Puyat said.

Stories of Whang-Od, the famed century-old Mambabatok of Kalinga; Rambo, the dog tour guide of Batad, Ifugao; the Deafinite Tour Guiding Service of Intramuros for its deaf-friendly tours; the Lake Pandin Women Rafters of San Pablo, Laguna; and Bobby Adrao, an advocate for whale shark protection in Donsol, Sorsogon, were among the moving stories featured by DOT. 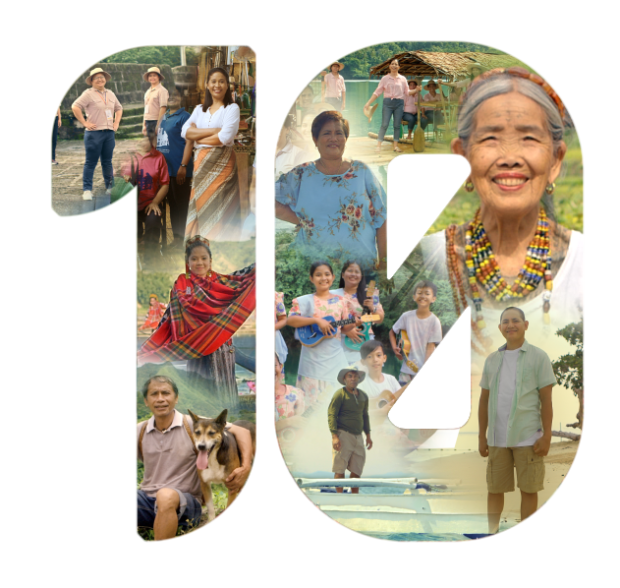 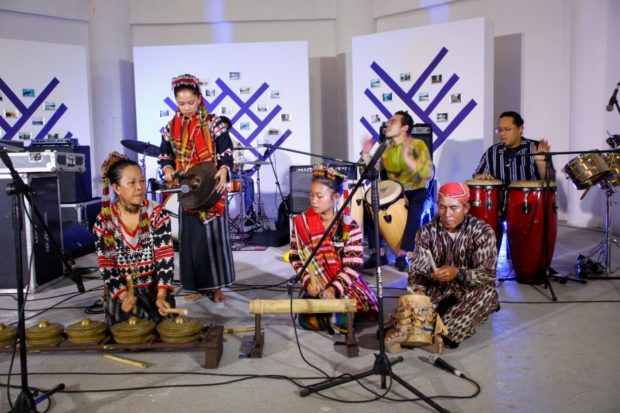 Also included in the video were Loboc River Choir in Bohol; Laida Escoltura, a known home cook from General Luna, Siargao; and the indigenous T’Boli people of South Cotabato who have exemplified how cultural tourism can enhance Philippine living traditions. Video documentaries of these featured personalities and communities can be viewed at thetourismdecade.philippines.travel.

Throughout the campaign we plan to add more stories about more people who will forever be part of our more fun tourism story.

We a have an exhibition for you to explore the impact of the act in more detail, called Onwards: The Philippine Tourism Decade Exhibition, which has two parts- the outdoor and interactive installation at Plaza Roma and the indoor exhibition here in San Ignacio Church. 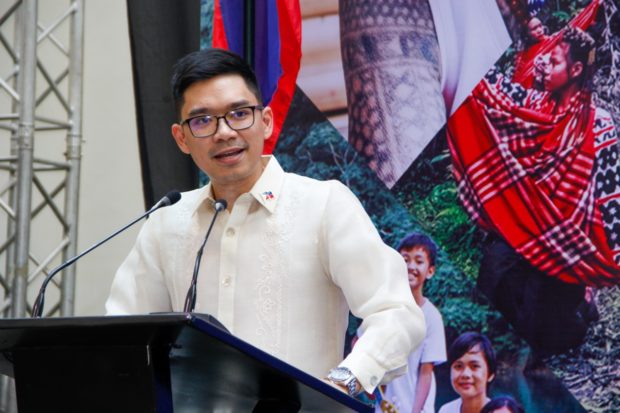 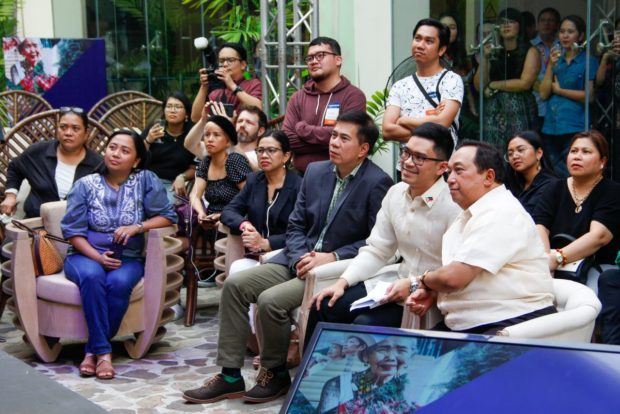 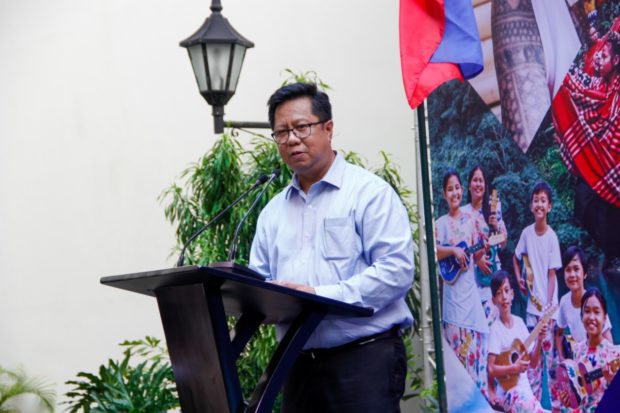 Today, we are giving you a preview of the exhibition but we are currently collecting stories as nominated by our regions and these are what we will feature in this exhibition.

The indoor exhibition just beside this space, at the former site of the San Ignacio Church. In this exhibition you will see the portraits of the DOT tourism workers and watch the documentaries.

Starting Sept. 27 until Dec. 29 this year, the public can view for free an exhibition dubbed “Onward: The Philippines Tourism Decade Exhibition” at the former site of San Ignacio Church, as well as visit an outdoor interactive installation in Plaza Roma, both located inside Intramuros’ historic walls. The project is a testament to tourism’s impact on Filipino lives, that it is concretely seen, felt, and experienced not just by those who are able to travel, but also by those whose lives have improved since 2009.

The exhibition is not only a celebration of these 10 victorious years, but also an affirmation that the DOT will continue to take the right steps forward, onward to the next decade.

Indeed, even after 10 years of the Tourism Act’s implementation, the DOT remains steadfast in its vision of developing a highly competitive and environmentally sustainable tourism industry that creates jobs and opportunities for Filipinos, being a significant growth driver of the economy, bringing inclusive growth to all, and remaining a vital component in nation building.

TAGS: Department of Tourism, DOT, It's More Fun In The Philippines