Sustaining growth of the IT-BPM sector

There is no doubt that the information technology-business process management industry is the largest employer in the Philippines today, employing 1.3 million persons full-time from a mere thousand, 16 years ago. There is unprecedented growth of 70 IT parks and business districts outside Metro Manila as a result of three significant sectors—the IT, remittances and tourism industries.

The IT-BPM sector’s $22.25-billion revenue represents 7.5 percent of the country’s current Gross Domestic Product (GDP). This unparalleled growth translates to additional jobs, income, and consumer spending which lead to more money being flushed into the economy. This positive economic impact ripples and cascades across industries, from the taho vendor to the real estate broker; from the Uber driver to the 24-hour restaurant and convenience store owner.

This steady boom is due in part to the Next Wave Cities initiative, conceived in 2009 by the government’s Information and Communications Technology Office of the Department of Science and Technology (DOST-ICTO), the IT and Business Process Association of the Philippines (IBPAP) and yours truly. This tripartite technical working group assessed cities nationwide based on talent availability, presence of infrastructure, business environment and cost competitiveness.

The group identified six IT-BPM “Centers of Excellence” including Metro Manila, Metro Cebu, and recently, Metro Davao; “Top 10 Next Wave Cities” which include Baguio and Dagupan in Luzon, Dumaguete in the Visayas, and Cagayan de Oro in Mindanao; and 10 “Emerging Cities” such as Laoag and Puerto Princesa in Luzon, Roxas City in the Visayas, and Zamboanga in Mindanao.

As a property consultant, Leechiu Property Consultants is up to date on the needs of IT-BPM companies. To rise to the challenges of competition, these companies have to diversify their geographical footprint and expand operations, as they review their strategies and contingency plans, and unearth pools of talent in these locations.

We are also aware of the needs of job-seeking Filipinos. Contrary to the perception that people want to move into Metro Manila for work, a study by the Department of Labor and Employment and online employment database Jobstreet showed that three out of four Filipinos prefer to work in their home region, and that 66 percent of more than 30,000 people surveyed would rather be based in their localities.

When IT-BPMs entered the country in 2000, the talent pool was young and hungry, but as they get older, and external factors such as worsening traffic hamper their productivity and well being, there is now a stronger desire to be closer to home. These needs are compelling.

That’s why it’s exciting to know that the leadership under President Rodrigo Duterte appreciates these needs, as it advocates countryside development, the ease of doing business, and safety. We can see a lot of synergy between the aims of the IT-BPM industry and the Duterte administration.

However, there is a key policy we feel can be reexamined to help IT-BPM companies and the government achieve their common aim of economic development via the expansion of IT-BPM centers. This policy is the imposition by the Philippine Economic Zone Authority (Peza) of the minimum square-meters requirement for companies to gain Peza accreditation that allows them to operate within and outside of Metro Manila. 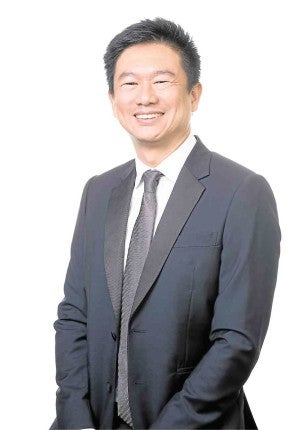 In an attempt to push development outside Metro Manila and throughout the Philippines, Peza raised the minimum square-meters requirement to 10,000 sq m from 5,000 sq m in Metro Manila and Metro Cebu, and 5,000 sq m from 2,000 sq m in other promising urban centers. For the less developed areas under the current investments priorities plan, the 2,000 sq m minimum area will apply. To give you an idea of what 5,000 sq m is, it is about the size of a Shopwise supermarket, and the typical size of a 1,000-seat BPO operation.

But we believe that this requirement, imposed since 2011, may not prove beneficial to development. For instance, by raising the requirement to 10,000 sq m (equivalent to 1,800-2,000 seats) in Metro Manila, companies now find it more difficult to locate in areas that are relatively underdeveloped within NCR.

If only the limit can be retained at 5,000 sq m, IT-BPM companies can set up businesses in areas with sources of qualified labor but without viable BPO establishments such as Malabon, Bicutan or Sucat in Parañaque or Fairview, Commonwealth, and Mindanao Avenues in Quezon City.

The provinces face the same conundrum. A 5,000-sq m requirement forces cities outside Metro Manila with obviously smaller populations to fill up to 800 seats in a call center, when 2,000 sq m, equivalent to up to 300 to 400 seats, will be more sustainable for an IT-BPM business looking to expand.

These increased minimum square-meter requirements have made it challenging for IT-BPM companies to take advantage of tax incentives and are discouraging them from setting up outside of Metro Manila, which is, again, an urgent need.

Many BPOs want to locate in the provinces but many of these tenants will not be able to satisfy the 5000 sq m minimum size. This also effectively locks out smaller property developers that do not have the scale to meet such huge office space requirements. This limitation to expansion, in turn, leads to a lack of needed jobs and stagnation of countryside development.

There are naysayers in government who claim that IT-BPM companies do not need requirements for incentives lowered since they are dead-set on expanding their presence in the Philippines, anyway. But that is a dangerous game of bluff that the IT-BPM industry is not prepared to play. We run the risk of losing millions of dollars in investment to IT-BPM rivals China and India.

This is why we call on Peza to reconsider and revert to the 5,000 sq m limit in Metro Manila and 2,000 sq m in the provinces. The Philippines can only stand to gain significantly from such a change in a vital requirement. (The author is chief executive officer of Leechiu Property Consultants.)