Duterte on art of doing business: Do it the ‘Intsik’ way | Inquirer Business
Close
menu
search

Duterte on art of doing business: Do it the ‘Intsik’ way 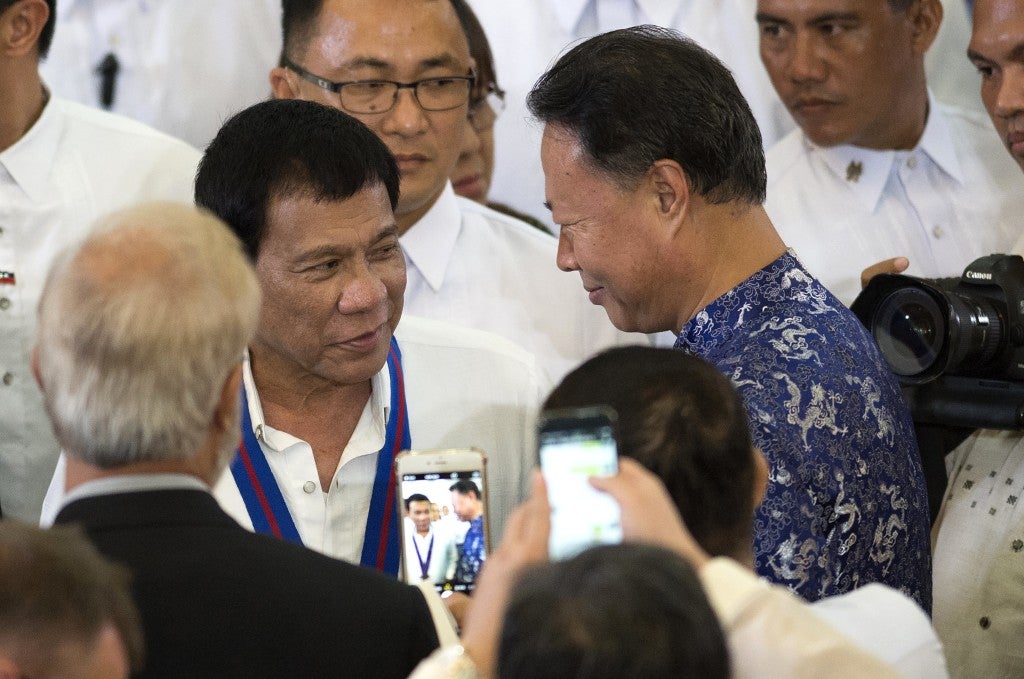 President Rodrigo Duterte has told businessmen at a Go Negosyo forum in Davao City to follow the lead of their Chinese peers to grow their businesses.

Mr. Duterte, a lawyer and a long-time politician, said that Filipino businessmen could learn from their Chinese counterparts who built their fortunes from scratch by sticking to the fundamentals and studying the market.

“Do not be offended. It’s not against anybody. Study the ‘Intsik’ style. It’s an innate thing in them, the art of doing business,” said Mr. Duterte.

The President said his grandfather was a Chinese man who came from Xiamen. “You know my lolo, when he arrived in Agusan, Butuan he had nothing but his capital. He’s really good. He went (from) copra then to buying lands. He kept his money growing,” said Mr. Duterte.

Just like the Chinese, the President said Filipinos should learn the basics of their market and make a little bit of sacrifice.

“Just listen to what I taught you.  Probably after five years, you’ll be a millionaire,” said Duterte to a vendor of “maruya,” a banana fritter which is the President’s favorite dessert.

He said he would ask the Land Bank of the Philippines to step up its micro-lending to enable small businessmen to expand their businesses./rga

Ties with China, Russia to give businesses ‘more options’—PCCI