Rise of the North: Pampanga 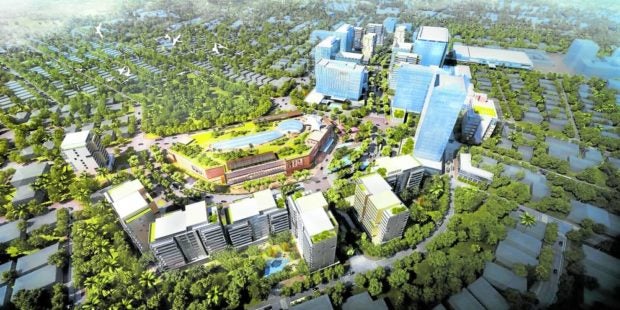 Among the ongoing mixed used developments in Pampanga is Rockwell’s Nepo Center in Angeles City.

Colliers Philippines sees a more aggressive launch of new residential projects in Pampanga beyond 2022, on the back of a sustained demand. This is likely to be driven by the easing of mobility restrictions, sustained overseas Filipino workers’ remittances, and expansion of businesses.

National and local developers are seen to continue capturing demand in Pampanga, one of the most competitive markets in the Philippines, whose viability as a preferred property investment destination outside Metro Manila is being raised further by massive infrastructure implementation and decentralization efforts.

At Colliers Philippines, we thus recommend that developers continue their landbanking initiatives especially outside of the Angeles-San Fernando-Mabalacat corridor. We encourage local players with a sizeable landbank, but with limited experience in building masterplanned communities, to partner with national players in developing large townships.

In the next 12 to 36 months, we see the completion of major infrastructure projects such as the NLEX-SLEX Connector, North-South Commuter Railway (NSCR), Central Luzon Expressway (CCLEX) and the expansion of Clark International Airport.

In our view, key provinces including Pampanga will benefit from these projects through improved connectivity and faster travel times to and from Metro Manila. The completion of the Manila-Clark Railway is planned to reduce travel time between Makati and Clark from more than two hours to 55 minutes.

Developers should thus be more proactive and strategic in launching new projects as proximity to public projects helps raise land and property values especially in key cities including Angeles, Mabalacat and San Fernando.

Assess the viability of more townships

Over the past decade, Colliers has observed a more pronounced launch of new township developments outside Metro Manila. Among the ongoing mixed-use developments in Pampanga is Rockwell’s Nepo Center in Angeles City which will feature mid-rise residential condominiums and Powerplant Mall Angeles.

From 2022 to 2025, we see the delivery of about 750 condominium units in Pampanga, all of which are located in township projects such as Nepo Center, Filinvest’s Mimosa Leisure Estate and Megaworld’s Capital Town. Colliers recommends that developers eyeing Pampanga for their expansion should be more strategic with their landbanking initiatives and further explore the feasibility of launching more integrated communities in the province.

As of end 2021, Pampanga’s condominium stock reached 4,089 units, 49 percent higher than the 2,752 units recorded the previous year. From 2022 to 2026, Colliers expects the delivery of 150 new units per year. San Fernando will likely account for about 62 percent of the upcoming supply during the period, with the completion of Megaworld’s Bryant Parklane in its Capital Town township.

Based on our Q4 2021 Residential Survey, 15 percent of the respondents chose Pampanga as their next residential investment.