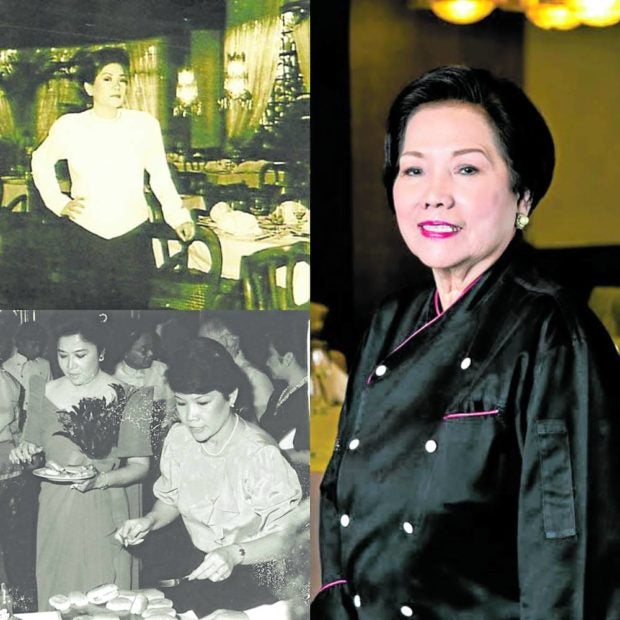 I know that many of the readers of this column might have had a different preference for head of state. However, just as it was our duty to vote, it is now also our duty to support the new administration as it fulfills its duty to serve the people. We are of many colors but at the end of the day, we are one nation. You cannot have a rainbow if the colors don’t come together. Even with a heavy heart, we need to give our new leaders a chance so we also give our country a chance.

That being said, I think one thing we can look forward to is better food at the Palace! I still remember the appalling coffee served for a meeting in Malacañang sometime in the mid-2000s and thinking, “If this is the coffee they’re having, no wonder they can’t think straight!”

I hope that this time around, they promote our excellent Philippine coffee from different parts of the country: Benguet Arabica, Kalinga, Batangas Barako, as well as coffee from Davao and Bukidnon, among others. There is also the excellent Cacho Coffee from a private farm in the north that may be exclusively produced for the Palace. This would impress even the snootiest Italian coffee connoisseurs!

It would also be wonderful to finally have an official Palace chef! Just as Cristeta Comerford has become known as the White House executive chef, holding the post since 2005 throughout various administrations, it would be great to have a Malacañang executive chef who can ably and proudly showcase Filipino food. By Filipino food, I do not mean just the usual adobo and lechon but to truly showcase Pinoy regional cuisine from north to south: the empanada, bagnet and pinakbet of Ilocos; the sisig and tocino of Pampanga; the chicharon and kakanin of Bulacan; the tinapa of Cavite; the laing of Bicol; the inasal of Negros; the pianggang of the Tausugs; and the list goes on.

The best of PH cuisine

In showcasing Filipino food, I hope they avoid the trend of deconstructed Filipino dishes which is absolute rubbish, to be honest. While this may be great for a “cutesy patootsie” little restaurant trying to be noticed, it is ultimately not recommendable for diplomatic dinners because it essentially massacres the cuisine and would be a poor introduction for visitors who might be trying Filipino dishes for the first time. They should also avoid chefs who are known for promoting other cuisines like Italian or Spanish, and find a new name to hone and call Malacañang’s own so that the focus can be on cuisine that is truly Filipino.

We can be inspired by the likes of Chef Bongkoch “Bee” Satongun of Michelin-star Paste in Bangkok, who has painstakingly studied Thai culinary history, including the century-old recipes and long-forgotten techniques, and then presenting them in a fine dining setting. Malacañang is a dream venue for dinners like this showcasing Philippine cuisine at its finest!

During Marcos 1.0 administration, there was chef Glenda Barretto. I remember a conversation I had with her wherein she shared how former First Lady Imelda Romualdez Marcos would come back from state visits abroad and then tell her all about the delicacies and presentation of food in other state banquets. And how she would encourage Tita Glenda, as she is fondly called in the food community, to upgrade the presentation of our dishes to be truly world-class. And that she did. To this day, Glenda Barretto remains the queen of Philippine cuisine, always reliable for events that present Filipino food.

Writing this, I can already taste Pinoy palate cleansers like dalandan and calamansi sorbet. And desserts like buko sherbet, ube halaya, maja blanca and kakanins served in shapes inspired by the Philippine flag.

Photos and videos that circulated on social media of Uniteam victory parties with the Aranetas, Zobels, Aboitizes and Tans evidenced some fine wine (any wine lover would be quick to spot the Opus One!). But just to note here that while a Chateau Margaux is always a welcome idea, state dinners can also be an opportunity to showcase Philippine drinks: tuba, lambanog and the excellent Don Papa rum.

Finally, in a restaurant or at an event, the experience is made complete by the music. Mrs. Marcos was known to host dinners where the music was a live performance by no less than world-renowned pianist Ingrid Sta. Maria. Mrs. Marcos was also known for supporting musical prodigies like Cecile Licad. We hope that under this new administration, a new generation of Cecile Licads will be born. Irene Marcos-Araneta has also been a great supporter of the jazz community. Hopefully, under the new administration, Philippine jazz will play loud and proud, with our musicians being heard not just around the country but around the world.

Beyond dining, the incoming First Lady, lawyer Liza Araneta Marcos, might like to also take a cue from former US First Lady Michelle Obama, who incidentally was also a lawyer, and create a Malacañang Garden showcasing Philippine plants, herbs and fruits. Imagine a dinner where the dalandan and calamansi are from the First Lady’s garden; as well as the pechay and tanglad. It will not only be great for conversation but would also be good for Malacañang chi and in promoting a new sustainable lifestyle. This can then be a model for a lifestyle change for people with different incomes: from the richest of the rich to the poorest of the poor, with no less than the First Lady being the leading advocate for a healthy and sustainable lifestyle.

As it is with beginnings, there is always hope. So let’s hope that this new Marcos administration will be one that will put an end to color-coding and finally truly benefit and uplift all. And one that will have really good Philippine coffee in Malacañang! INQ