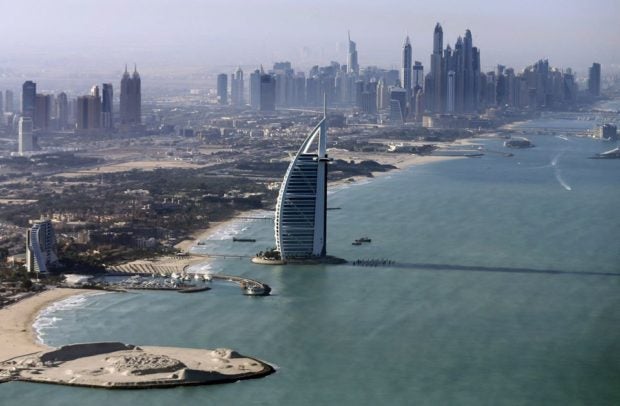 DUBAI/HONG KONG — It’s been the subject of quiet speculation among diplomats and executives for years, but now global casino bosses are setting their sights on a once improbable prize: gambling in the United Arab Emirates

Ras Al Khaimah (RAK), one of the smaller and lesser-known of the seven emirates, said earlier this year that it planned to regulate gaming in some resorts. On the same day, Las Vegas casino giant Wynn Resorts (WYNN.O) said it would build a resort licensed for gaming, or gambling, on a man-made island.

The announcements could mark a watershed moment for the Gulf, a region that has traditionally imposed stricter Islamic rules than other parts of the Middle East, and one where gambling has long been off-limits.

Currently, those seeking a flutter head to the likes of Lebanon’s Casino du Liban or some upmarket Egyptian hotels.

Yet times may be changing.

Two sources familiar with the matter told Reuters that gambling in some form would be permitted in the UAE, but that it would be up to each emirate to decide whether and how to regulate it, similar to how Sharjah prohibits alcohol sales unlike other emirates. The sources said it would happen soon, without providing a specific timeframe.

Other global casino and hotel brands which have moved into the UAE could benefit should RAK pave the way for other emirates to follow – with many eyes on the bigger and glitzier jackpot of Dubai, a global tourist magnet, where gaming is currently banned.

Caesars Palace, which opened in Dubai in 2018 and is the only one of U.S. giant Caesars Entertainment’ resorts globally without a casino – told Reuters that it would examine any possibility of offering gambling in Dubai.

“That acceptance now that there is going to be the potential of gaming in the UAE, in whatever form it’s going to be, allows people like Caesar’s and MGM as well to look at that closely,” said Anthony Costa, regional president at Caesars Palace. “I think it’s wonderful.”

“Like anybody, if a license is able to be bid for, any global gaming company is going to want to be actively involved in the conversation,” he added.

About 10 km along Dubai’s coast from the Caesars resort, digging has begun on another artificial outcrop to support a luxury resort by Las Vegas gambling stalwart MGM Resorts International.

When asked whether it would consider introducing gaming at the resort, MGM said “gaming has not been part of the planning and there are no updates to our plans”.

A year ago Dubai, traditionally the most liberal emirate, denied rumours circulating on social media and among the business community that several hospitality venues had been granted gambling licences.

The UAE government media office, as well as the media offices of the emirates of Dubai, Abu Dhabi and Sharjah, did not respond to requests for comment on RAK’s plan to regulate gambling and whether they planned to make similar shifts.

The prospect of casinos plays out against the backdrop of intense competition in the Gulf, with business and tourism hub UAE vying with rapidly-opening Saudi Arabia to become the go-to destination in a region pivoting away from oil.

The UAE, where foreigners make up 90% of the population, has already moved in other areas to keep first mover advantage over Saudi Arabia, the largest and most conservative Gulf state.

The Emirates switched to a Saturday-Sunday weekend this year to move closer to global markets, from the Friday-Saturday break common in many Muslim nations. In the past 18 months, the UAE has overhauled laws and regulations, including decriminalising alcohol consumption and pre-marital cohabitation.

The country has also found ways to offer some potentially lucrative games of chance.

In 2020 a national “Loto” was launched, for example. Players purchased a “collectable” picture of an iconic UAE scene, such as the Burj al Arab hotel, for 35 dirhams ($9.50) and were entered into a draw. Now players seeking to enter the draw purchase a bottle of water to be donated to charity to win a top prize of 10 million dirhams.

The game was deemed Sharia compliant by virtue of there being an “exchange of value” in the purchase of the collectable or bottle.

Horse racing fans at some UAE racecourses can also enter for free a ‘pick six’ competition across a number of races for the chance to win 40,000 dirhams.

Yet, while RAK’s intentions are clear, big question marks remain over how it or other emirates would actually license gaming, until a prohibition is removed from the federal penal code, which was overhauled as recently as January.

RAK stressed that its regulations, being developed by the recently created Department of Entertainment and Gaming Regulation, would push for responsible gaming.

It did not answer questions about how its plans would work alongside the federal prohibition.

Wynn told Reuters that the definition of gaming and types of games permitted would be determined by the regulator.

RAK’s gaming regulations are being shaped by those of Singapore and the United States, according to Wynn Resorts and Vitaly Umansky, a gambling industry analyst at the Sanford C Bernstein investment company in Hong Kong who is familiar with the Wynn project.

“Like Singapore, the country is looking to gaming to help drive tourism and has allowed gaming to occur in an integrated resort format for just such purpose,” Umansky said.

He added that gaming in RAK would likely be limited to foreigners.

The UAE also appears unlikely to develop resorts that rely primarily on gaming revenues, or foreground gaming, with slots and tables forming part of a wide entertainment offering.

“The regulatory environment would be the kind that hides the casino, kind of like Singapore but even more so. It won’t be like Vegas where the casino is out there,” Umansky said of Wynn’s proposals, which are currently in the design phase.

Caesar’s Costa said big resort brands did not necessarily need to operate their gaming side: “They are great hotels in themselves.”