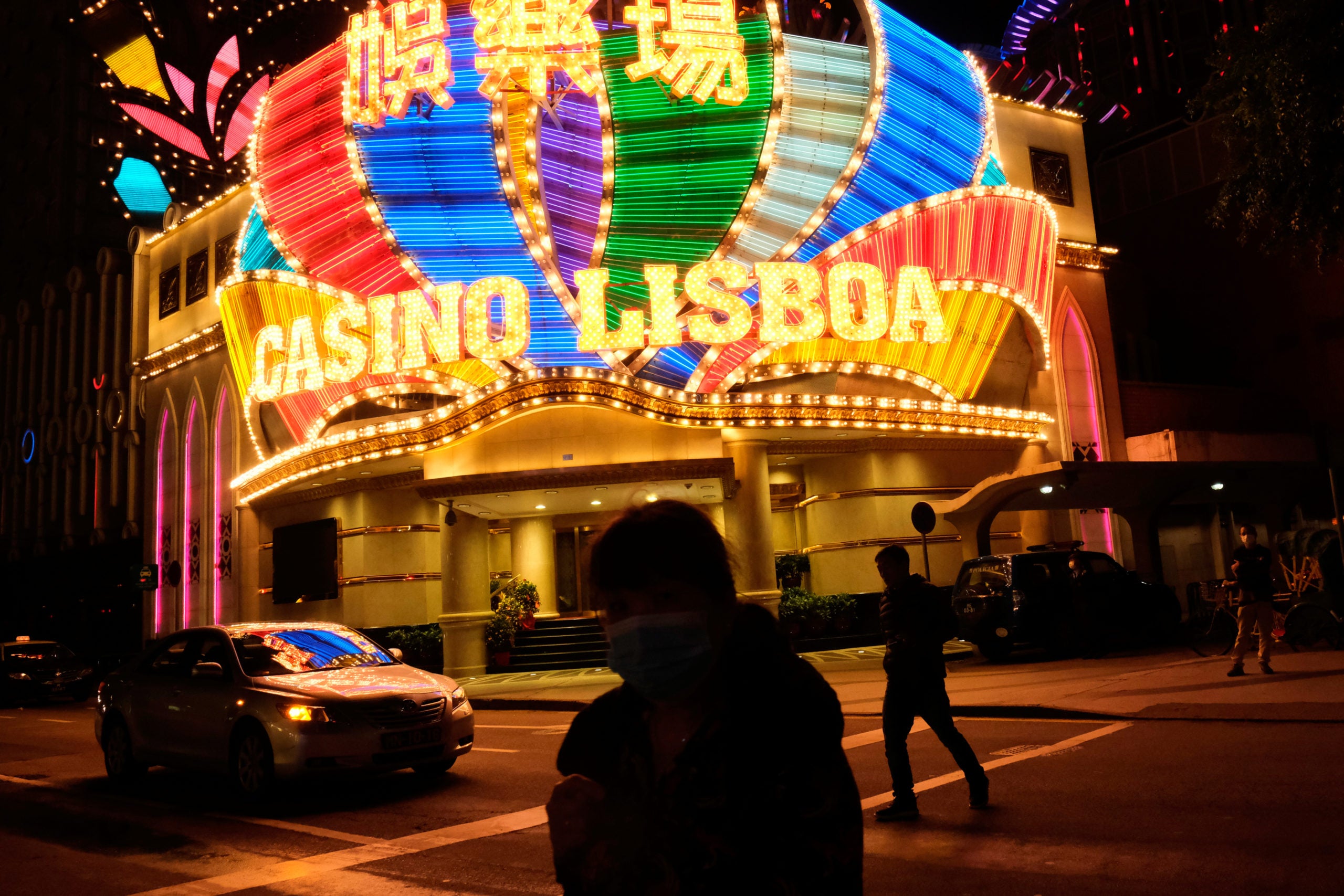 HONG KONG — Macau casino operator stocks plummeted by as much as a third on Wednesday, losing around $14 billion in value, as the government kicked off a regulatory overhaul that could see its officials supervising companies in the world’s largest gambling hub.

With Macau’s lucrative casino licences up for rebidding next year, a government proposal to revise the city’s gaming law spooked a Hong Kong market already slammed hard into the red by a broad Beijing regulatory crackdown, across sectors from technology to education and property, that has sliced hundreds of billions of dollars off asset values.

Wynn Macau led the plunge, falling as much as 34% to a record low, followed by a 28% tumble for Sands China. Peers MGM China, Galaxy Entertainment, SJM, and Melco Entertainment all fell heavily, bringing the drop to HK$109 billion ($14 billion).

The slump came after Lei Wai Nong, Macau’s secretary for economy and finance, late on Tuesday gave notice of a 45-day consultation on the gambling industry starting Wednesday, saying there were still some deficiencies in industry supervision.

Beijing, increasingly wary of Macau’s acute reliance on gambling, has not yet indicated how the license rebidding process will be judged.

Some Hong Kong stock analysts wasted little time in downgrading their view of the near-term prospects for casino operators in the Chinese special administrative region. All are required to rebid for licenses when current permits expire in June 2022.

At J.P. Morgan, analyst D.S. Kim said the bank was downgrading all Macau gaming names from overweight to neutral or underweight due to heightened scrutiny on capital management and daily operations ahead of licence renewals.

“We admit it’s only a ‘directional’ signal, while the level of actual regulation/execution still remains a moot point,” he said, adding that the announcement would have already planted a seed of doubt in investors’ minds.

At a press briefing on Tuesday, Lei detailed nine areas for the consultation, including the number of licenses to be given, increased regulation and protecting employee welfare, as well as introducing government representatives to supervise day-to-day operations at the casinos.

The government is also proposing increasing Macau permanent residents’ voting shares in the gaming concessionaires, as well as additional rules on the transfer and distribution of profits to shareholders.

Discussions over the future of Macau’s casino licences come amid rocky U.S.-China relations, leaving some investors fearing that U.S.-based casino operators may not fare as well as local players.

The government has not singled out any U.S. players, but there has been a push within the companies to beef up the presence of Chinese or local executives to position themselves more as a Macau operator rather than foreign.

Ahead of the licence expirations, operators have tried to bolster their corporate responsibility and diversify into non-gaming offerings to placate Beijing’s fears of over-reliance on gambling.

Macau has massively tightened scrutiny of casinos in recent years, with authorities clamping down on illicit capital flows from mainland China and targeting underground lending and illegal cash transfers.

Beijing has also intensified war on cross-border flows of funds for gambling, affecting the financing channels of Macau’s junket operators and their VIP casino customers.

In June this year, Macau more than doubled the number of gaming inspectors and restructured several departments to ramp up supervision.

George Choi, an analyst at Citigroup in Hong Kong, said that while the public consultation document offered limited details, the suggested revisions enhance long-term sustainable growth for the industry with “positive implications on the six casino operators”.

He cautioned, however, that “we will not be surprised if the market focuses only on the potentially negative implications, given the weak investor sentiment”.

The consultation comes as Macau has struggled with a dearth of travellers because of coronavirus curbs since the start of 2020. While gambling revenues have picked up in recent months, they remain at less than half of 2019 monthly hauls.