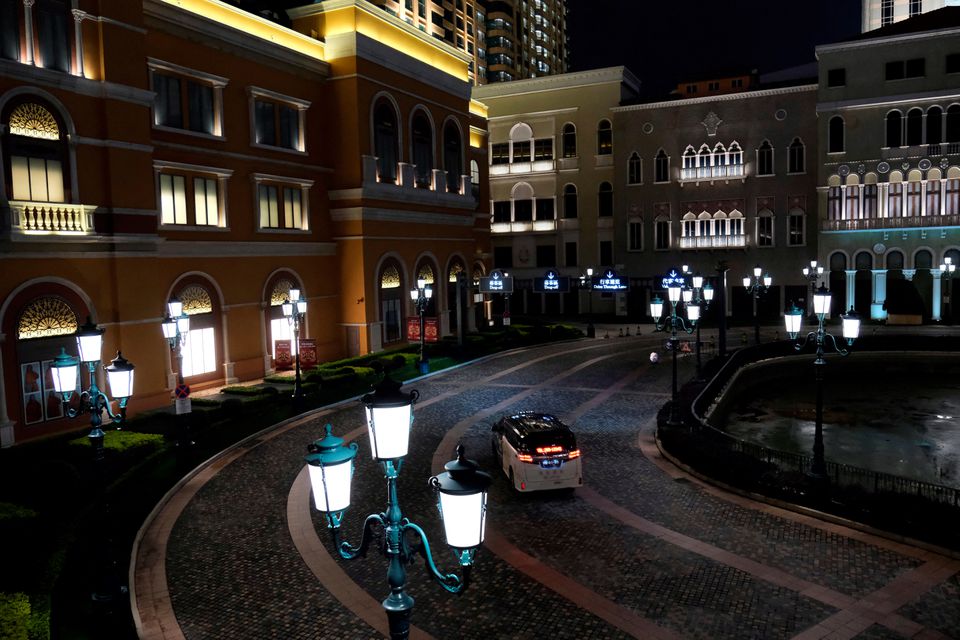 HONG KONG — Macau’s Legislative Assembly published the draft of a highly anticipated gaming bill on Tuesday that gave details on the Chinese territory’s goal of tightening its grip on casino firms’ and reining in so-called junket operators.

The proposed changes, which need legislators’ approval to become law, mark the biggest reform in two decades for the world’s biggest gambling hub in terms of money wagered, and lay the ground for multibillion-dollar casino operators ahead of the expiration of their licenses this year.

The 44-page draft document – published in Chinese and Portuguese – comes after the government announced on Friday that the number of new licenses would be capped at six and the license term halved to 10 years.

The licenses of the six operators, Wynn Macau, Sands China, MGM China, SJM Holdings, Galaxy Entertainment and Melco Resorts, are all due to expire in June.

The government said all existing or potential operators need to apply through a new tender process. In 2019, the former Portuguese colony raked in $36.5 billion from its casinos, more than six times that of the Las Vegas strip.

Since then, Macau’s casinos have been battered by coronavirus travel restrictions and crackdowns on the opaque junket industry.

The draft bill aimed to provide clarity on the role of the junket operators, middlemen tasked with bringing in high-rollers from mainland China.

If approved, casino operators would no longer have dedicated junket rooms, and revenue sharing arrangements between the two parties would be prohibited.

Macau will continue to issue junket licenses to approved VIP promoters but will restrict them to only operating in one concessionaire. Previously, Macau junkets were allowed to operate in all operators with multiple rooms. This is likely to further dilute their influence.

Beijing, increasingly wary of Macau’s acute reliance on gambling, has not indicated how the license rebidding process will be conducted.

It is clear, however, that authorities want far greater control over the casino operators.

While a proposal for a government official to directly supervise the casinos was dropped after feedback from the operators, casinos will be subject to a review every three years when the city’s gaming regulator will examine their “contractual compliance in general”.

Each license holder will have a 30% cap on the amount of shares that can be publicly listed while any major financial transactions must be communicated to authorities.

The government said it has the right to terminate a casino’s contract for reasons including public interest or breaching their obligations.

Casino operators will have to draw up a plan to promote responsible gambling, while there will be a maximum number of gaming tables and machines each license holder will be allowed to operate, according to the bill.

To appeal to authorities, operators have tried to bolster their corporate responsibility and diversify into non-gaming offerings.

The draft detailed what would be expected of new licensees, including support for local small- and medium-sized companies, activities of “public interest” and support for fields including science and the environment.

Beijing and Macau significantly tightened scrutiny of casinos in recent years, with authorities clamping down on illicit capital flows from the mainland and targeting underground lending and illegal cash transfers.

Following the initial announcement of the gaming bill on Friday, shares of Macau’s casino operators rose some $8 billion on Monday, 15% of their market value, as investors cheered that the number of casino licenses would be capped at six.

Shares dropped slightly on Tuesday from 0.8% to 3%.