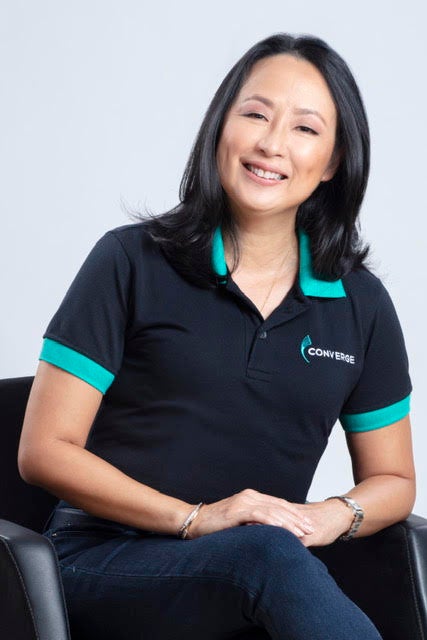 MANILA—A pair of Filipino women landed on Forbes Magazine’s 50 over 50: Asia 2022 list as they joined a powerhouse cast of women who were “shattering age and gender norms all over the globe.”

The past year proved pivotal for both Filipinos, who helped reshape their fields amid a global pandemic.

Ressa became the first Filipino to receive the Nobel Peace Prize for her fearless fight for freedom of expression while Uy’s Converge—co-founded with husband Dennis Anthony in 2007—achieved milestones in its mission to widen access to high-speed internet across the Philippines.

“This recognition from Forbes Asia is an honor and proves to women worldwide the value they bring to their field, at any age,” Uy said in a statement.

“I would also like to give credit to the other hard-working women at Converge who are making their mark in the ICT field,” she said.

“Many women realize too late the ability to stand up for themselves, whether it’s because of nurture or the culture,” Uy added.

“Thus, we need to encourage women to speak out and make sure their voices are heard,” she said.

Uy led negotiations in 2019 for a $225 million investment from US private equity firm Warburg Pincus.

A year after, Converge launched one of the country’s largest initial public offerings and raised $522 million.

Converge earlier announced it was on track to reach over half of the country’s households by 2023.

Ressa, a journalist who led newsrooms at CNN and ABS-CBN Corp., is a co-founder of Rappler, one of the country’s prominent online news sites.

Forbes cited her fight for press freedom under the Duterte administration.

“Her sharp coverage of Philippine president Rodrigo Duterte’s drug war has been met with consistent threats from the Philippine government, which has filed 10 arrest warrants for cyber libel and other complaints against her,” according to Forbes.

“She faces jail time of up to 100 years, but she is insistent in her urge that all journalists use truth to hold power accountable,” it added.