The mere mention of Pampanga could easily bring to mind the mouthwatering, savory dishes for which this province is known.

But the Culinary Capital of the Philippines offers more than just a delectable cuisine, as Pampanga is also famous for its intricate woodworks, colorful lanterns and red clay jars, among other creations. With its traditional arts and crafts dating back to the Spanish times, it’s no wonder why this province became home to many skilled artisans and craftsmen.

In terms of architecture, Kapampangans have contributed significantly to techniques and aesthetics of various built forms. Many of them have successfully applied their skills in craftwork onto bigger canvases such as furniture and buildings. Let us take a look at how this ingenious province in Central Luzon has helped shape the Philippine architecture of the past and the present. 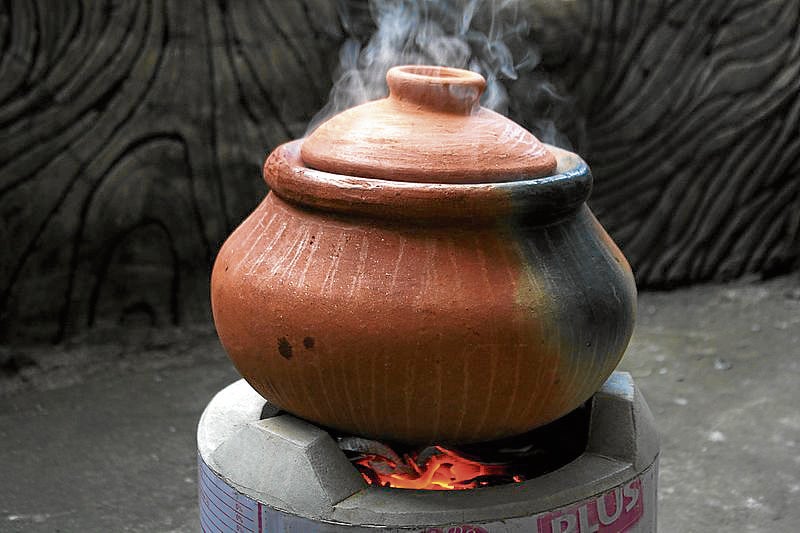 The humble palayok of Pampanga is now used as decorative pots, cooking ware, and even as fountain pieces.

Visit any authentic Kapampangan restaurant and you’re bound to see red clay pots containing delicious food. Known as “palayok” in Tagalog, these pieces of pottery represent an ancient art form dating back to pre-historic times. In Pampanga, the municipality of Santo Tomas is most famous for pottery works, with many traditional potters selling their wares along Quirino Street.

Besides cooking, the earthen jars are also used for gardening, making molasses and storing water. The potters of Pampanga have elevated the art of palayok-making by turning these pots into fountain displays, outdoor lamps and even functional ovens. These earthen creations grace the homes of many Filipino families from their kitchens to their backyards. It’s no wonder why people looking to add terracotta elements to their homes turn to the Kapampangans, as the people of Central Luzon have proven themselves perfectly capable of creating functional artwork out of clay soil. 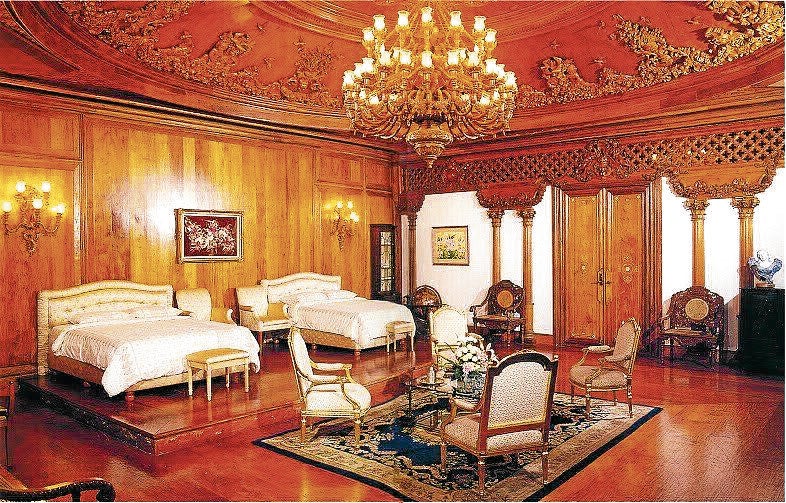 The intricate rosette ceiling in Malacañang Palace was created by Apung Juan Flores of Betis, Pampanga.

The town of Betis in Pampanga, meanwhile, is renowned for its quality wood products. Specifically, intricately carved furniture, religious statues, and relief sculptures can be found here. One of its most famous residents is Maestro Apung Juan Flores, who created the elaborately carved chandelier and rosette ceiling decoration in Malacañang Palace. The Maestro trained some other renowned sculptors and artists in the Philippines, such as the Tondo artist Antonio Galleron and National Artist Vicente Manansala.

Today, Betis continues to offer furniture and carved wood masterpieces. The students and descendants of Maestro Flores have also branched out to other places in the Philippines, spreading the art of Kapampangan woodworks to the rest of the country. In 1982, Apung Juan Flores was awarded the “Most Distinguished Son of Pampanga” to honor his legacy and his works. 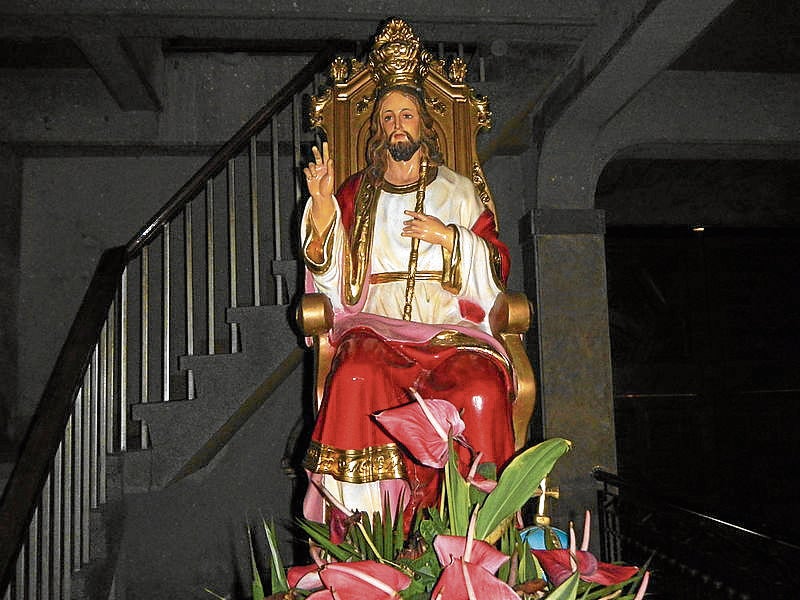 This santo from the St . Thomas the Apostle Parish Church in Sto. Tomas, Pampanga is representative of the province’s mastery of creating religious statues.

Macabebe, another town in Pampanga, is also famed for its woodworks. While Betis is famous for furniture pieces, Macabebe is renowned for its religious sculptural works. Locally, these sculptures are known as “santos” and are found in almost every traditional Catholic home and church.

Pablo “Ambo” Bautista, a businessman based in Macabebe, is credited to have popularized the craft because he gathered the sculptors in one place to work for him. His sons also became craftsmen in their own rights, contributing to the development of santo-making. Eventually, more artists and craftsmen had put up their shops in the area, thus cementing the town’s reputation as the “Home of the Santeros.” 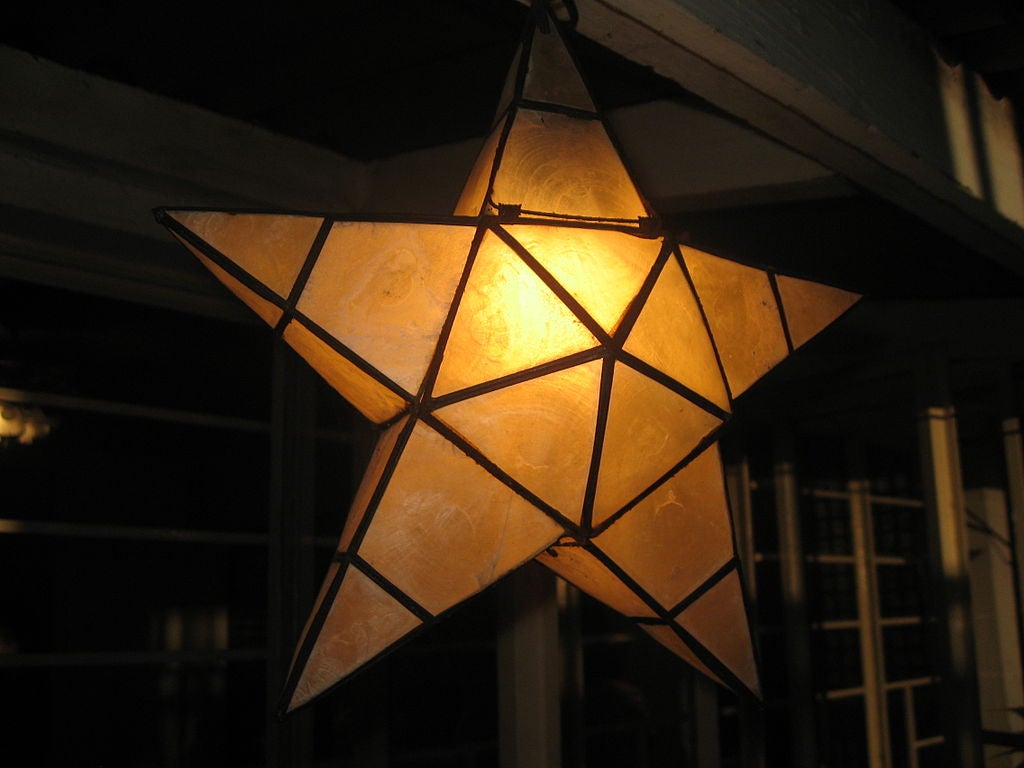 Come Christmas time, people flock to Pampanga with one thing in mind: to see and buy the lanterns. Known locally as parol, the Christmas lanterns from Pampanga are renowned for their festive designs. The parols vary in shapes and sizes, representing various Christmas motifs. They are made of recycled and affordable craft materials such as crepe paper, bamboo sticks, shells, feathers and wood. What’s unique about these lanterns is that they incorporate mobile lights–some flashing, some blinking, but all glowing with color and cheer.

The popularity of parols in the province has led to the creation of the annual Giant Lantern Festival in Pampanga. It has also lit up the annual “Ing Lubenas Ning Pasku” in Angeles City, where lace-patterned parols lit up the city streets to signify the start of the Filipino tradition, “Simbang Gabi”. In both festivities, the night comes alive with the glow of lanterns, large and small. Houses transform into bright and decorated dwellings, with numerous stars adorning the façade. The Christmas lanterns of Pampanga turn Filipino homes and even infrastructure such as the Dau Expressway Exit into cultural treasures during the holidays.

While the sight of knives can strike fear in the hearts of many, this sight is a source of pride for the people of Apalit, Pampanga. The town is known as the “Blacksmith Capital of the Country,” as it is home to the Philippines’ first cannon maker, who lived during the Spanish period–a man named Pande Pira. Later generations adapted his craft to create other steel crafts such as bolos, machetes, and knives.

Today, the town continues to offer these products, but their steel crafts have also come to include home improvement tools and house ornaments. Many of the craftsmen also offer domestic products such as chandeliers, chairs, and tables, all made out of metal. This transition from weaponry to domestic furniture shows how the Kapampangans are able to adapt to the demand of the times while preserving their traditional skills and products.

Everywhere in the Philippines, artists abound as various towns and provinces are known for exemplary products and creations. Pampanga is one of the more flexible ones, however, as it manages to marry traditional craftsmanship with modern needs. One can only hope that this province continues to flourish with its products rooted in Filipino concepts and design. Even with foreign competition, the craft products of the Kapampangans will always be a source of national pride and joy.