For queer and trans couple in NY, pride comes in a Pinoy box 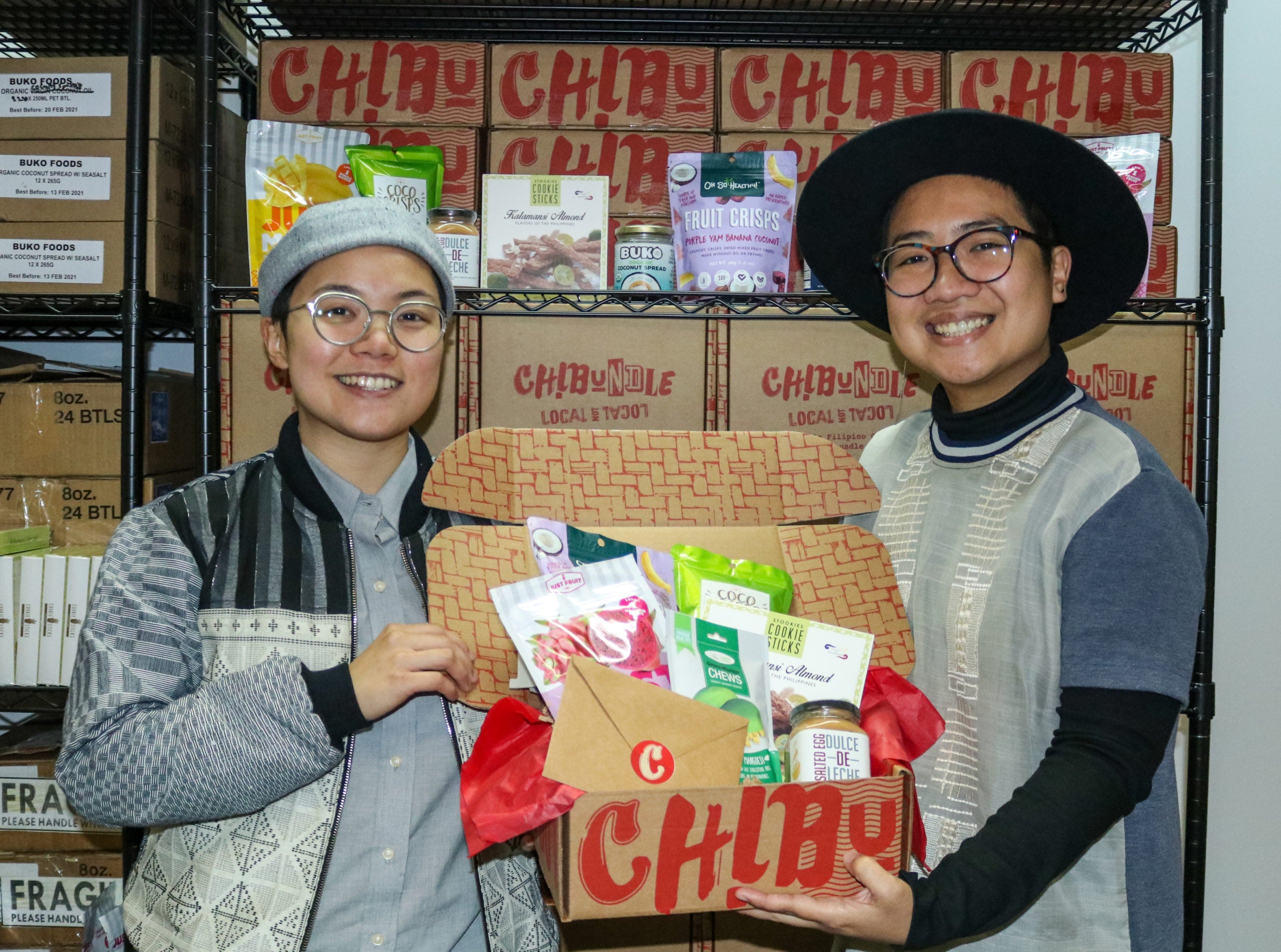 In their three years of living in the United States together, Yap and Briones have always prided themselves as a Filipino queer and trans couple. Now, they are also flaunting Pinoy pride through their Brooklyn-based enterprise, which has been attracting the taste of Asian-Americans mostly in the East Coast.

“We’ve always wanted to do something of our own and find a way to settle here. Then, we remembered the Filipino food products we liked from weekend bazaars in Manila that you can’t find in a typical grocery in the Philippines, much less here. So why not bring them here?” Yap, 33, recalls.

The couple, both foodies but without business background, kicked off the enterprise in 2018 by selling 20 Chibundles to New Yorker friends. Each gift box was filled with six different snacks such as calamansi almond cookie sticks, cassava chips with squash and moringa, Bicol Express “tinapa,” coco crisps, and coco ginger herbal tea, among many others.

It helped, too, that they were involved in the LGBTQcommunity, which gave them a steady stream of customers.

“Being queer and trans has some benefits [since] the politics around it is very much alive especially here in New York [where] there’s much support for minorities like us even as simple as support groups. [There’s a] queer entrepreneurs group that hosts monthly ga­therings where you can network with people and seek support,” says Briones, 34, a member of LGBTQ organization GAPIMNY.

Yap and Briones were married in the historic “proud shrine” Stonewall Inn in 2015, a week after same-sex marriage was made legal and expanded to all 50 states.

“We learned there was a mass wedding. It was Sunday when we thought, ‘Why don’t we get married now?’ Then [the next] Friday, we did it,” Briones says, noting how simple the ceremony was and attended only by a friend. 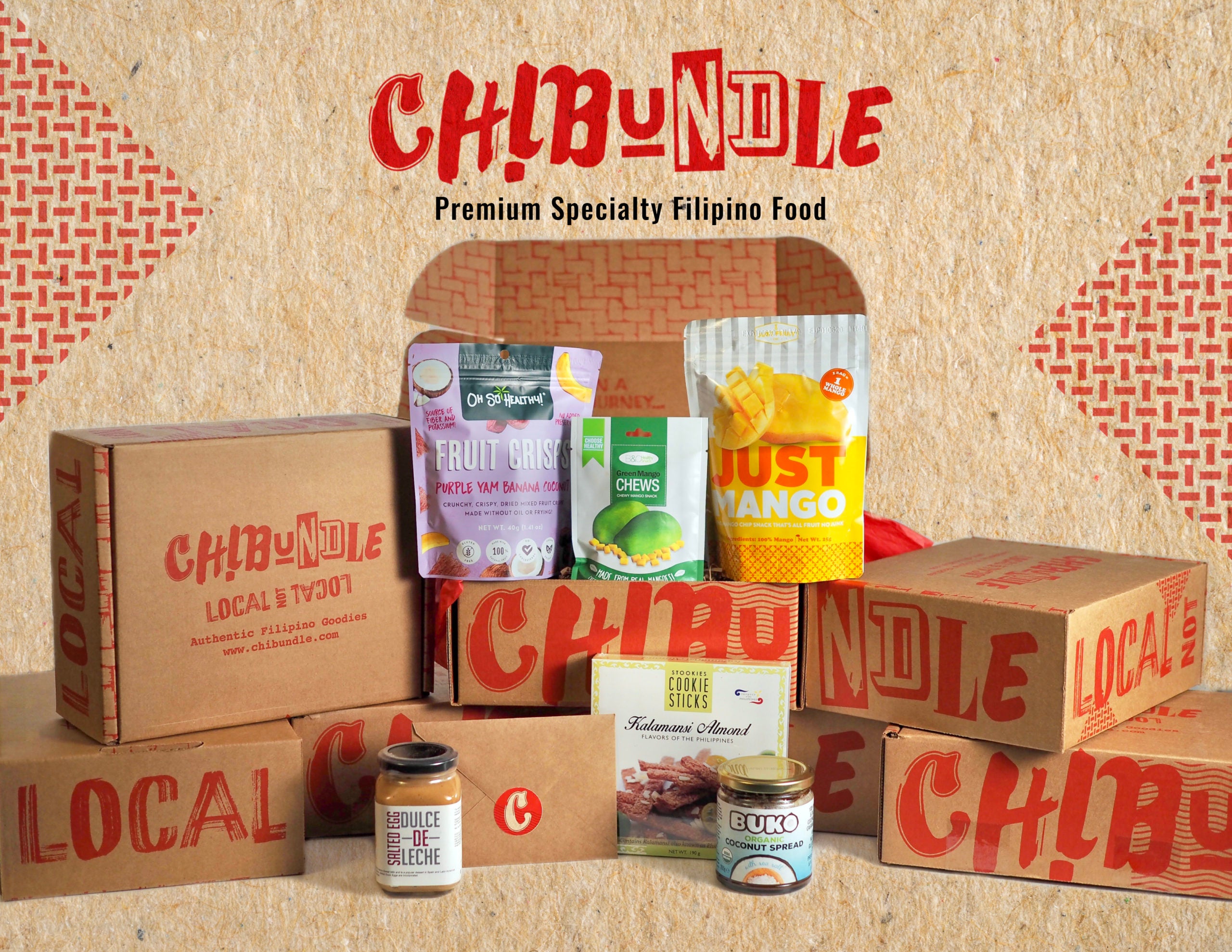 Chibundle treats from the Philippines

“Our [Philippine] passports and $50 were the only wedding requirements. We didn’t even have vows or rings. What’s important for me was the marriage certificate. Coming from the Philippines where that’s not legal, it’s just something that I don’t think could ever happen in my lifetime. So, for me, that piece of paper is important,” Yap adds.

Three years later, they launched Chibundle for online subscription per quarter or season. But with its successful first year in the market, they decided to drop the subscription model and offer their products all year round.

But for the couple, the best thing that Chibundle brings is joy to anyone who receives it at their doorstep.

“The usual story we hear from Filipino-Americans is they use Chibundle as a way to connect to their kin who are first-generation immigrants. Some would gift it to their grandmother who recognizes the flavors, as a way to bond and reconnect. And that’s something we really love,” Briones says.

Chibundle’s contents remind Fil-Am Jason Ortiz, 39, of the treats her mom from Tarlac fed him when he was a kid.

“My favorite is the white chocolate cashew spread that I put on crackers. I sent my mom a box and she couldn’t stop eating the pili nut crisps. She loved them,” US-born and raised Ortiz says.

“It’s fun opening the package and in a sense, it makes me feel connected to my Filipino roots,” he adds.

The growing appreciation for Filipino cuisine in the United States looks promising for the couple who thinks it’s “the perfect time to ride that wave.”

“For some people, this is their gateway not just into Fili­pino food but also the people behind them. So, we emphasize who makes it and how it’s made,” Yap says. With the tagline #LocalNotLocal, the couple wanted also to highlight their journey as immigrants.

“We’re local here now but not exactly [because we’re originally from the Philippines]. Similar to our products, they’re locally from the Philippines, but they’re no longer local when they get here. It’s about taking pride in being a local of the Philippines,” explains Yap, an IT professional for nine years in Manila before follo­wing Briones in the United States in 2017, after a four-year long distance relationship.

Briones, a psychology graduate from Miriam College, has been active in LGBTQ and HIV awareness issues even before leaving for New York. She worked at TLF Share, a local nonprofit LGBTQ organization. In 2014, Briones migrated and pursued graduate studies in urban data strategies in New York University.

“To be honest, as queer and trans, there’s social and government support here that we don’t have in the Philippines. It brings [a sense of] security. [But] we’re not just selling products. We care about all those issues surrounding the Philippines, too,” Briones says.

This is why they assure fair trade with over 20 local suppliers that are also small busines­ses like Chibundle. The supplies come from provinces like Bicol, Laguna, Ilocos, Batangas and Bulacan, among others.

“If we squeeze them out, they might also do that to their own suppliers from local farms. Why contribute to that problematic supply chain?” Yap explains, citing how customers are willing to spend for pre­mium Filipino food or a Chibundle that costs $35-$90, depending on product combination.

“We also shoulder the exportation requirements on their behalf. And they get to expand their market through the exposure they get. So, we’re hoping that’s helpful,” Briones adds. —CONTRIBUTED