Feed your wanderlust right at home 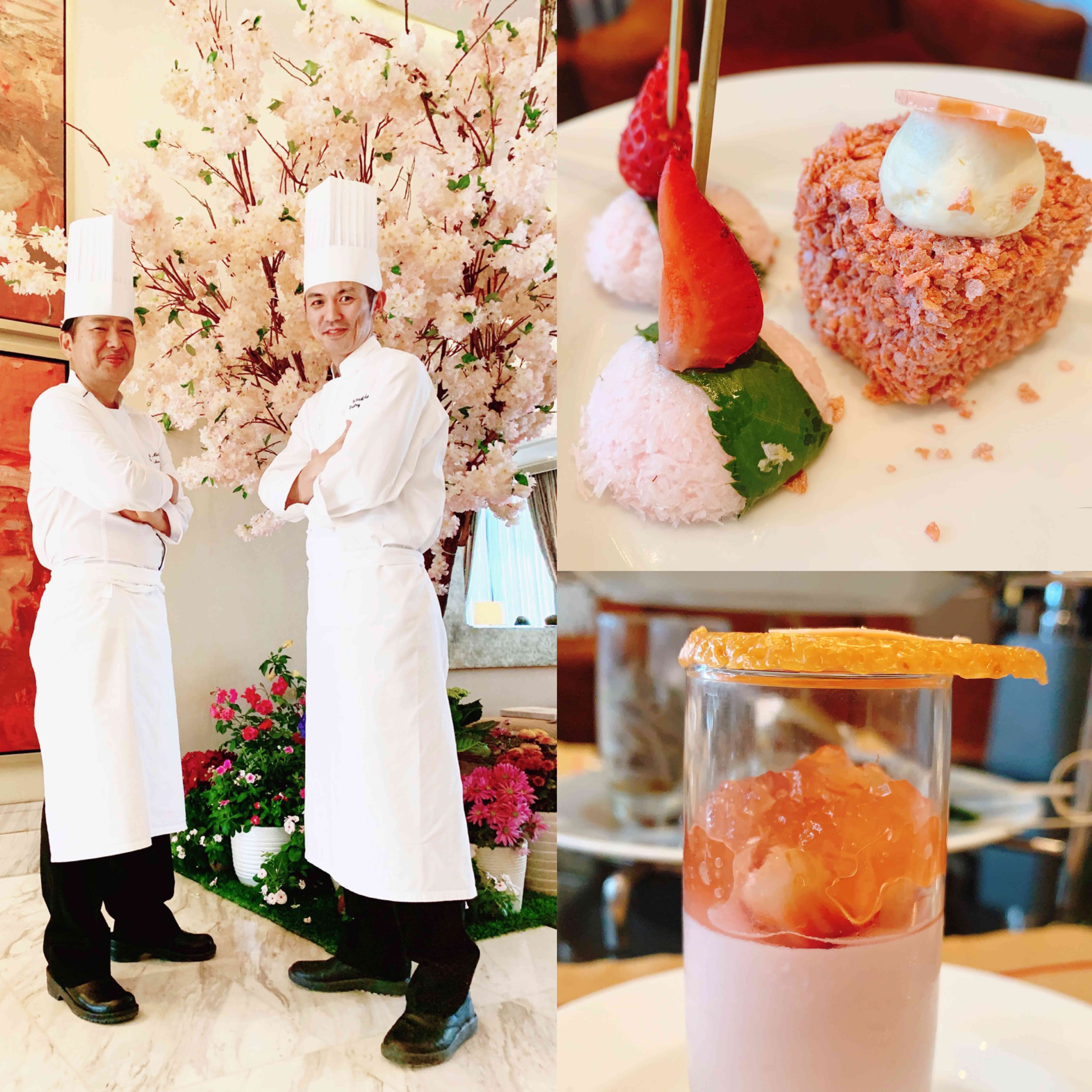 If you have had to cancel some travel plans, don’t worry because you can still satisfy your wanderlust by visiting establishments that are bri­nging in the chefs.

Just last weekend, two excellent Japanese chefs were welcomed by Raffles Makati: Executive sous chef Hideki Matsuda and pastry sous chef Yuki Nakamura of Swissotel Nankai Osaka. They created a menu for the afternoon high tea of Writers Bar, which has a sakura theme until May 31.

The sakura afternoon tea menu (available only from 2:30 p.m. to 5:30 p.m.) has a savory and sweet set that is inspired by Japan’s famous cherry blossoms. The two chefs have taken the sakura theme literally and even hand-carried cherry blossom leaves from Japan.

The Japanese pastries of chef Nakamura are delightfully pink. My favorite is the panna cotta topped with sakura gelee and paired with a very thin almond biscuit. He also crea­ted a coconut “rocher” that has a cherry blossom leaf delicately wrapped around it. He also created a sakura and tea pound cake as well as scones.

From March 10 to 12, Raffles will have Mexican chef now based in Paris: Beatriz Gonzalez of Néva Cuisine and Coretta in Paris.Chef Beatriz studied at the Paul Bocuse Institute before working at Michelin-starred restaurant La Belle Otero, now known as Carlton, in Cannes. She then worked at the Lyonnais Pierre Orsi before going back to Mexico. She later returned to France to work as deputy chef of La Grande Cascade and soon after opened her own restaurants, Néva Cuisine and Coretta.

This week, she will give Mirèio guests a taste of Mexican-inspired French cuisine. The gustatory experience will begin with “A Garden of Flo­wers”: A dome of seabream ceviche adorned with fresh flo­wers. That would certainly whet your visual appetite.

From fresh, she will then jump to rich with a braised oxtail ravioli topped with an “espuma” or foam of Mexican “molé verde.” She will then pay homage to Mirèio chef Herve Clair’s Provencal roots with roasted Mediterranean sea bass accented with smoked beetroot. 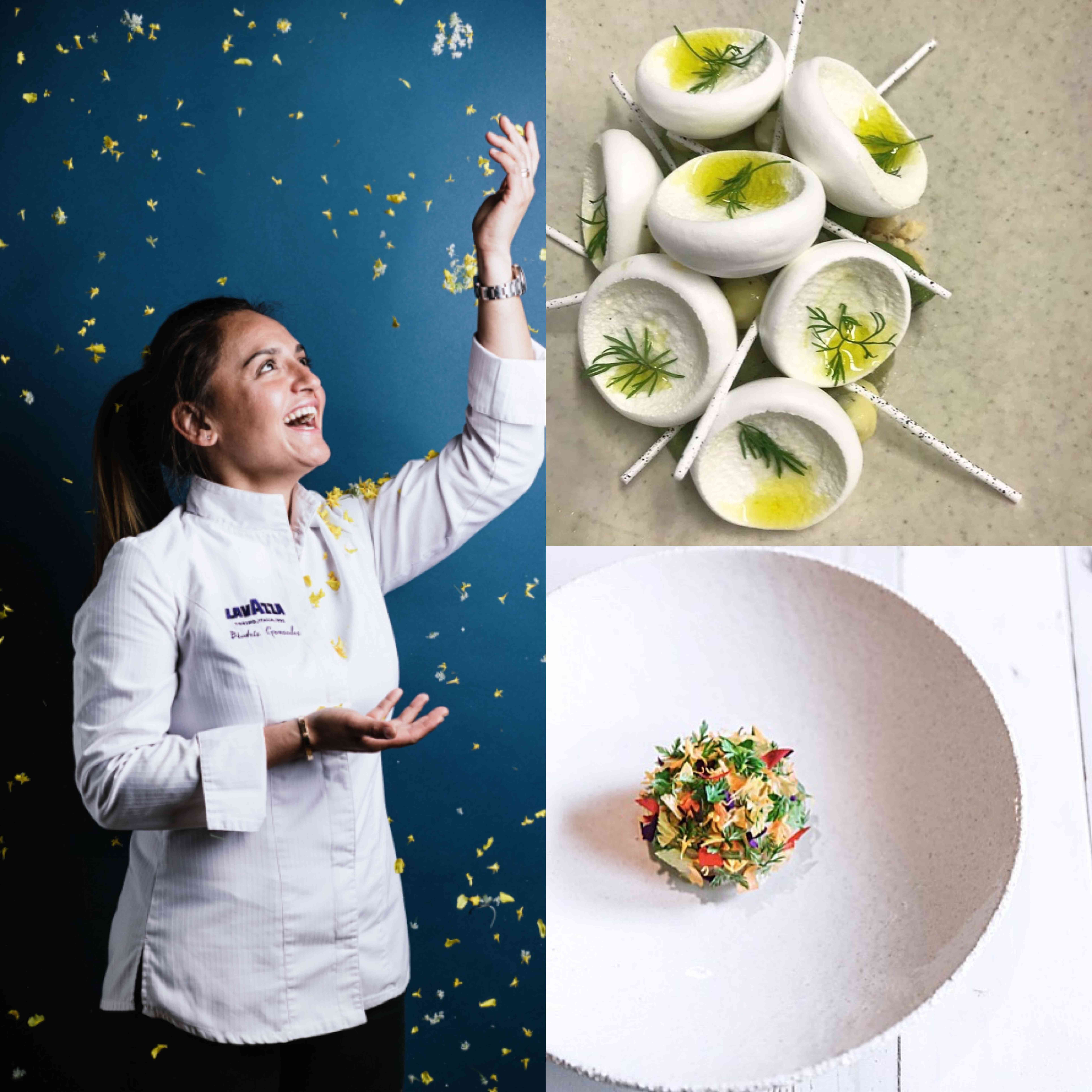 Mexican Chef Beatriz Gonzalez of Néva Cuisine and Coretta in Paris, France, will be guest chef at Mirèio in Raffles Makati, presenting a five-course Mexican-inspired French dinner on March 10, 11 and 12. —CONTRIBUTED PHOTO

In classic French fine dining fashion, there will be seared French duck breast but it will be interesting to try it with the thinly sliced pressed potatoes with fresh wasabi on the side.

If you are heading to Raffles for any of these dinners, make your visit feel like a real trip by booking their Art Concierge.

I got to experience the Art Concierge tour of the artworks at Raffles Makati curated by Hala Jaber. Our art tour guide was Julio Lapuz Jr., who is not only knowledgeable about the artworks in the hotel but can really give you a thorough backgrounder on the artists as he is a collector himself.

It was fascinating to learn that the big blue piece near the main elevator is by Ayala chair emeritus Don Jaime Zobel de Ayala Sr. You may wonder what it was made out of, and we learned that it was glass. It is a print or etching on glass, although it began as photographs of a simple vase. The blue jumps out and comes alive. It’s really incredible how artists can transform things that we take for granted into grand works of beauty.

Other remarkable artists with works on display at the Raffles lobby are Daniel dela Cruz, an incredible sculptor who created what I call the violin lady at Writers Bar; Edwin Wilwayco, who painted the abstracts near the Writers Bar entrance, inspired by classical music; and Gerry Joquico, who painted the historical Manila Galleon trade on linen, not canvass, as the painting was too big.The entire collection is worth checking out, so I strongly recommend a Raffles Art Tour. Look for Julio and also ask about the painting that boxer-cum-senator Manny Pacquiao signed himself.

It’s a relief to see that even in these times when travel is not ideal, we can still go on cultural and culinary tours not only around the country but even within our cities. It’s really time to support local tourism. There is so much to discover and taste even within our own city walls. INQRaffles Makati. Sakura Afternoon Tea: Php1,500 for two; call +63 2 7795 1840 or email [email protected] Chef Beatriz Gonzalez dinner: P4,700 per person, add P1,300 for wine pairings; call +63 2 7795 0707 or email [email protected] Art Tour at Raffles Makati, call Raffles main line +63 2 7795 0777.