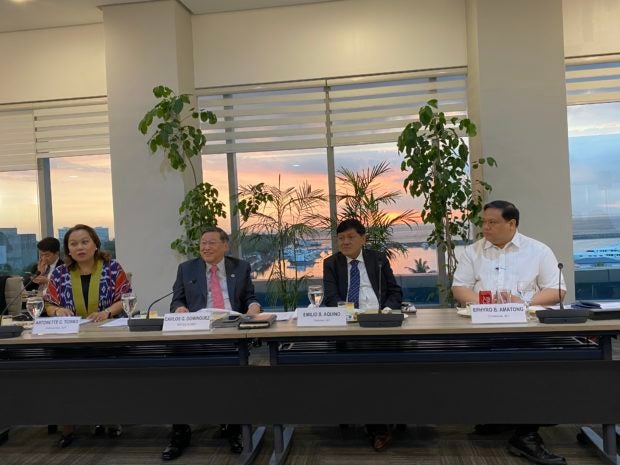 The Philippines has uncovered some fly-by-night online gaming operators that sprout in the metropolis and then close shop as soon as they receive funds from mainland China—an indication that some of these entities were being used to launder “dirty” money.

China, which took a strong stance against Philippine online gaming operators (Pogos) last year, cited money laundering as among its primary reasons for calling for a ban against Pogos. Apart from gambling being illegal in the mainland, China also raised concerns on the working condition of its citizens in proposed Pogo hubs as well as other crimes associated with this burgeoning industry like human trafficking, kidnapping and even killings.

While the Philippines did not agree to ban Pogos, a sector that has greatly benefited the local property and consumer sectors, the government has cracked down on tax-deficient and other illegal operators.

“We found out now that there are Pogos that are set up, they get their deposits from China then they close up,” Finance Secretary Carlos Dominguez said in a media roundtable on Monday night.

“We reported that to the Chinese police attache,” he said. “We found out some already but I don’t know how many there are.”

When this modus operandi was reported to the Chinese authorities, Dominguez said: “I told them the crime is not committed here. The crime was committed in China.”

While local antimoney laundering laws already require casinos to report suspicious transactions in the Philippines, heeding lessons from the Bangladesh cyberheist of 2016 where $81 million in stolen funds found its way to the local banking system before disappearing in local casinos, fund flows through Pogos are much more difficult to track.

While the state-run Philippine Amusement and Gaming Corp. issues a fixed number of Pogo licenses, Dominiguez also noted that licensees issue sub-licenses, making it difficult to find out the core operators.

In 2019, for instance, Dominguez noted that about P9 billion worth of underdeclared cash had been apprehended at Philippine airports.

Dominguez said Congress would really need to lift the bank secrecy law for the Philippines to be able to better catch money launderers.

“We really need to convince our legislators that we are so behind AMLA (Anti-Money Laundering Act). We need to lift the bank secrecy or else the whole country will suffer,” Dominguez said. “If we slip, OFWs (overseas Filipino workers) are the first ones to get affected.”

Asked how far it is from completing its crusade against tax-deficient Pogos, Dominguez said this was still in “long ways but at least we’ve started.”

“And we found out recently that these guys are so averse to closing down, even for one day, because they lose customers. So generally they settle,” he said.