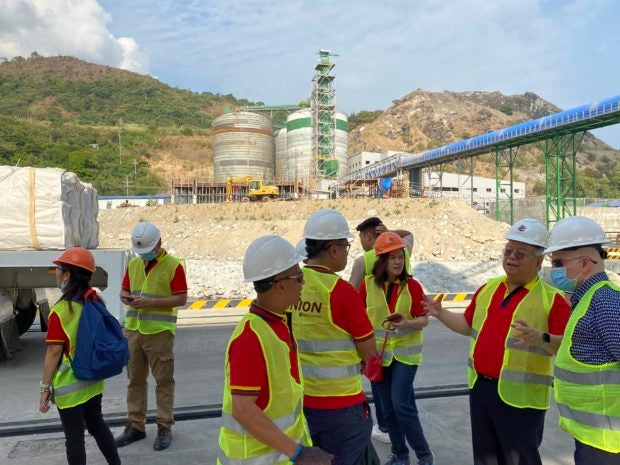 After inaugurating at the Freeport Area of Bataan its first state-of-the-art cement facility, the Phinma group is mapping out a series of other big-ticket investments to support its return to the lucrative but highly competitive local cement industry.

Another terminal for cement shipment will be built in Mindanao by next year, and within five years—during which the group is expected to have developed a critical mass of clientele—Phinma’s cement arm, Philcement Corp., may be operating a brand new local integrated cement manufacturing facility, Philcement president and chief executive officer Eduardo Sahagun said in an interview on Saturday night.

Philcement’s new facility in Mariveles, Bataan, is deemed to be the first of its kind in the Philippines and potentially one of the largest in the world with an initial annual capacity of two million tons of cement.

“This plant can dispatch 400,000 bags a day, if there’s a market. Its capacity is not meant for clients to wait,” Sahagun said.

Phinma was founded in 1956 after the acquisition of Cebu Portland cement Co. plant in Bacnotan, La Union. The group afterwards took over other cement plants in Bulacan, Rizal and Davao.

“It was in cement that we found our greatest success,” Del Rosario said, noting that in the early to mid-1990s, Phinma had a commanding presence in the industry with its six cement plants and a market share of over 50 percent. When the Asian financial crisis erupted, however, the group divested from the cement space and diversified into other businesses.

Last year, Philcement announced a $50-million deal to invest in Song Lam Cement Joint Stock Corp., operator of the biggest state-of-the-art cement plant in Vietnam. This is meant to ensure supply of cement to support its return to business. Phinma’s old flagship brand “Union Cement” was revived after a 14-year lull.

It takes only about three days for each cargo to sail from Vietnam to Mariveles. Once reaching the port, the cement can immediately be packed and dispatched to local buyers.“In Phinma, cement is what we know best. Looking at the opportunities from the construction business now, we should prepare to expand, not just in the Philippines, but also in the Asean (Association of Southeast Asian Nations) region. Our Mariveles facility makes Phinma extremely well-placed to take advantage of this growing regional opportunity,” Sahagun said. INQ

Read Next
PH eyes to sell at least $1B in euro bonds
EDITORS' PICK
WHO says not to use ivermectin on COVID-19 patients
Pre-order the new vivo Y20s [G] to get a free TWS earphone
Pru Life UK receives four golden arrows for solid corporate governance
PH biotech firm, pharma group eye clinical trials for ivermectin use against COVID-19
NCMH adds 900 beds for mild COVID-19 patients
Speed up your game with the new vivo Y20s [G]
MOST READ
Stop ‘creeping occupation’ of ‘militia’ boats in WPS, Pacquiao asks China
Bea Alonzo clarifies status of her relationship with Dominic Roque
Convicted former aide of Sen. Bong Revilla dies — BuCor
Locsin to China: ‘Then move out’
Don't miss out on the latest news and information.