The Moment Group comes of age 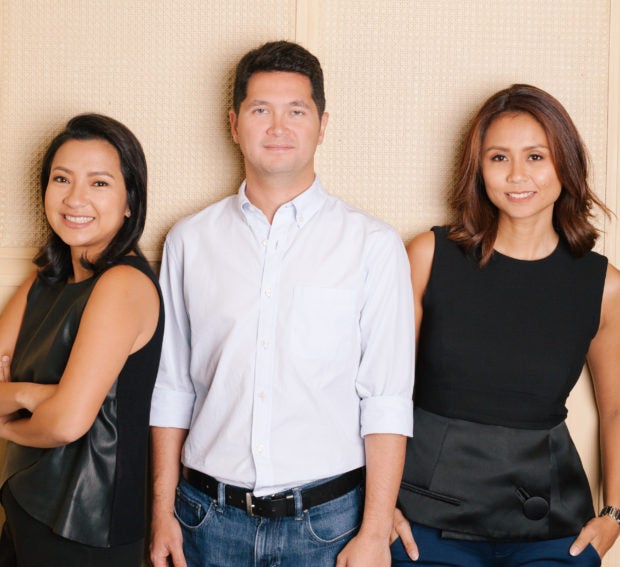 Going into the restaurant business seems the easiest thing to do for budding entrepreneurs who profess a love for food and have money to burn.

It won’t take them long to find out, however, and painfully for some, that getting a food business off the ground and running, able to compete with future and existing rival concepts, is far more difficult than it looks.

This according to the founders of The Moment Group who know whereof they speak.

“There are far easier ways to turn a profit than by being in the food and beverage business. It’s a business that requires you to be hands-on, whether you’re creating your own brand or bringing in somebody else’s. There’s no getting around a 200-percent commitment of your mind, your creativity and your time,” says Abba Napa, Moment cofounder for creative development.

“A lot of people get into food because they love food and eating per se. That’s all well and good, but if that’s the only thing you love about it, you’re in for a real surprise. I believe it is important to have hospitality in your DNA—the desire to make people happy through the dining experiences you create—and that is not just a beautiful plate of food but everything else that has been created and is going on around that plate. What goes on around that plate is sometimes what isn’t paid as much attention to,” she adds.

There will be many times, especially in the beginning, where a happy diner is the only profit you may get, Napa says.

“If that isn’t a good enough return on investment for you, it may be hard to rise up to the many challenges that come your way in the unique world of food and beverage,” she says.

One advantage that the founders—Napa, Eliza Antonino and Jon Syjuco—had was that they were no strangers to the food and beverage business.

Antonino, the managing partner of The Moment Group, earned her stripes working with the Four Seasons Hotel in New York. Syjuco, meanwhile, grew up in a family that was heavy into franchising food and beverage brands while Napa went to the French Culinary Institute in New York and has lived around food and hospitality for as long as she can remember.

The driven cofounders also came in at a time when food was becoming the new fashion. More than ever, dining out was getting a bigger chunk of Filipinos’ paycheck as people cooked less at home and homes were also getting too small for big gatherings. Restaurants increasingly became an extension of Filipinos’ dining room where friends and family enjoyed family time together, thus the shift in the retail space in malls, for example, from pure retail into more food and beverage (F&B) concepts.

Says Antonino: “You had the old malls converting their retail spaces to food spaces and the new malls having a bigger F&B footprint. What was really telling was, you could see big local retailers venturing into food as well. We saw the opportunity and seized the moment. What shifted was quite simply consumers as a whole.”

The Moment Group started with Cue Modern Barbecue and 8Cuts in 2012 then Manam in 2013, and went for the “premium casual” category, where the average bill per person per meal is roughly P550.

They focused on that growing category then because from the start they wanted to add value to the Philippine dining scene and go after a new generation of young diners who were looking for something fresh and new and not just eat where their parents or grandparents are used to eating.

Manam proved to be an instant hit, and catered to Filipinos who still craved for good home-cooked Filipino comfort food but wanted a new interpretation. The Moment Group grew rapidly from there.

In the last seven years, The Moment Group has established 12 brands, including Manam Comfort Food, 8Cuts Burgers, Ooma Bold Japanese and Din Tai Fung, with 40 branches opened in Metro Manila. This year, Moment expanded at a rate of one restaurant every 30 days with revenue growth growing at double digits every year.

From a founding group of just five employees, Moment’s support system has grown to 2,000.

Napa says, however, that even after seven years, they do not think that they are already at a point where they can comfortably say that they are a definite success. But they do concede that the decision of Din Tai Fung for the group to represent them in the Philippines was considered an inflection point, as it proved to them that they were moving in the right direction and that there was reason for them to dream bigger.

Syjuco admits, however, that there were many times over the seven-year journey of The Moment Group that the group thought it made more sense to scale back, rethink and slow down due to inevitable missteps and miscalculations that come with the food and beverage territory.

It was the dream of making their own mark on the crowded food industry that sustained them, Syjuco says.

“We have learned not to let the short-term challenges slow us down in reaching for our long-term goals, and to always be holistic in thinking about the future,” he says, adding that the happy challenge they are facing now is to keep up with the demand for its brands, strategically and not haphazardly.

“We would really like to be consistent and to provide the same hospitality here in Manila as we hope to provide in the provinces and even abroad in the near future,” Syjuco says.

This will mean beefing up the capabilities of not just the restaurants themselves but the people and the organization running them, too.

“The challenge there is building an organization that isn’t reliant on one person. That really becomes larger than any one of us. In the next decade, we have to learn to make ourselves, as founders, dispensable to a certain extent,” Napa says.

“As founders, we are of course in it for the long term, but the organization must be able to stand on its own two feet, regardless of who is steering the ship. This is the greatest responsibility and challenge we have put on ourselves as founders as we celebrate Moment’s seventh year in F&B,” she adds.

They have no choice but to continue innovating at breakneck speed as the industry and dining scene are fast evolving, too.

“You need to stay on pulse and do your utmost to understand your customers. If you don’t have your ear to the ground, you could very well wake up one day and find yourself irrelevant,” Napa says.

In the meantime, the founders are cheering their having arrived at seven years, now ready to run.

“Seven, they say, is a lucky number, something you celebrate. I would say, everything that has happened in the past seven years, apart from everybody’s hard work, was also caused by a bit of luck. But my wish is that the success of Moment today is only a small blip in what it can historically be 70 years from now. I hope this family continues to grow, not just in numbers, but in its culture and its relevance. I hope we can become not just the best F&B operator but also the best F&B employer,” Antonino says.