Cookie maker from UK tames the monster appetite of Pinoys 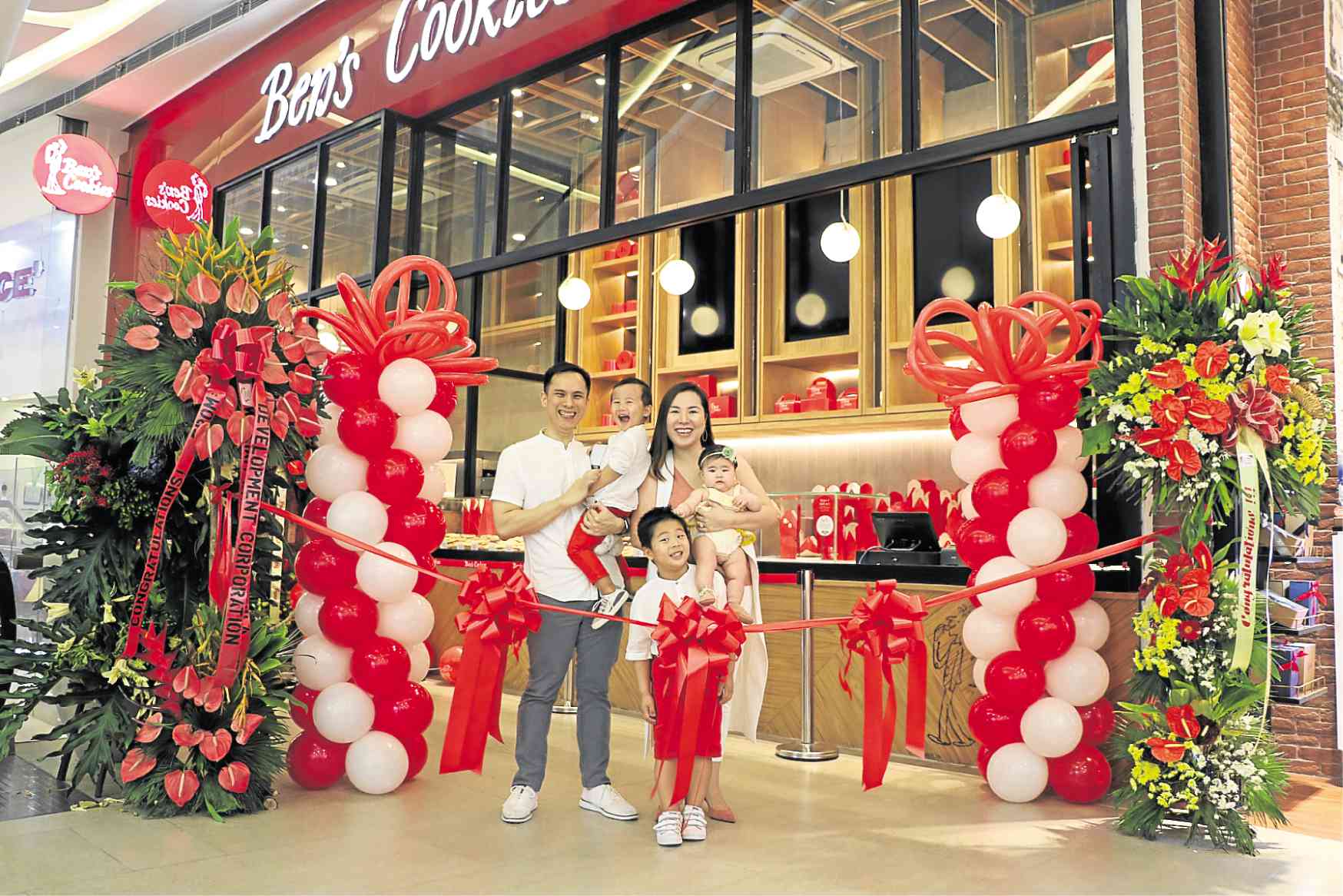 The last few years saw a deluge of brands meant to feed the curiosity of Filipinos wanting to try anything, well, foreign.

The hype machine is usually run by a well-oiled local company, which has the capability to pull out all the stops.

One such company is headed by 35-year-old Ryan Serrano, who can’t really be called an amateur in the field, having dipped his hands into franchising brands The Generics Pharmacy, Master Siomai and Waffle Time.

But he admits that even with a successful diet food delivery concept to his name—Fit Food Manila—bringing a famous brand home is not an easy task. Sometimes, it takes lots of luck and sugar-spiked confidence.

“Last April 2018, I sent an inquiry via the Ben’s Cookies website asking if I can bring them to Manila. After two days, they replied saying their CEO from the United Kingdom will be in Singapore the following week but he will be busy and cannot promise me a meeting. Without any second thought, I got a ticket to Singapore and ended up meeting him at the lobby of his hotel,” he says.

Serrano had his first try of Ben’s Cookies as pasalubong from Tokyo—and it was the quintessential love at first bite.

For the Management Engineering graduate of Ateneo de Manila, “their cookies are unlike any other.”

But how did the meeting with Ben’s Cookies go? It was bittersweet: “It went okay. Not great, but okay.”

Three months after, the company got in touch with him again and was told they were coming to Manila for their expansion plans.

Like a first time job applicant, Serrano felt the sugar rush, but his excitement was immediately clipped when he learned he still needed to duke it out with six other companies.

“The others in line were much bigger companies and had so much more experience in the food and beverage industry. I felt it would be impossible to get it,” he says.

But a few months later, he got a ping in his inbox that read: “BC Manila Term Sheet.” Oh sweet, he can only say.

As to why he was chosen, Serrano says they found him already “big enough” to be able to pull everything properly without compromising the brand’s quality and standards. Serrano put in 85 percent of the total investment, while 10 percent was pitched in by his uncle and the other 5 percent by another partner.

“I think the franchisor saw that I really loved the cookies,” he says.

He says it’s this quality that has seen Ben’s Cookies survive 36 years of competition both from heirloom recipes and trendy whatnots.

Ben’s Cookies was created by chocolate cookbook author Helge Rubenstein (named after her son Ben) as a small shop at Oxford Covered Market.

It has taken the sweet ride to New York, Japan, Dubai, Bangkok, South Korea and Singapore since then.

Like ants following the sugar trail, people lined up for an hour or so at the ground floor of The Podium when it opened last July.

The number of cookies per customer was limited to keep up with the demand. Even before the mall could close, the cookies were gone.

“Today, we still sell a lot cookies but our team together with the trainers from London and Singapore have been able to adjust properly to serve cookies much faster and to keep the queue manageable,” he says.

Yet here comes news that diabetes is now an epidemic in the country, no thanks to dessert shops clogging malls along the arteries of the metro.

Serrano trumpets balance, however. For one, he is the founder of a diet food delivery platform and also owns a franchise of Anytime Fitness.

“Healthy nutrition is not about being perfect. We need a treat once in a while, and having these occasional treats does not make one unhealthy.”

Besides the satellite store in Megamall, Serrano says they will take now their sweet time in branching out.

“We prefer to have a few stores with the best bakers making perfect cookies,” he says.