The secret to a perfect cake revealed | Inquirer Business

The secret to a perfect cake revealed 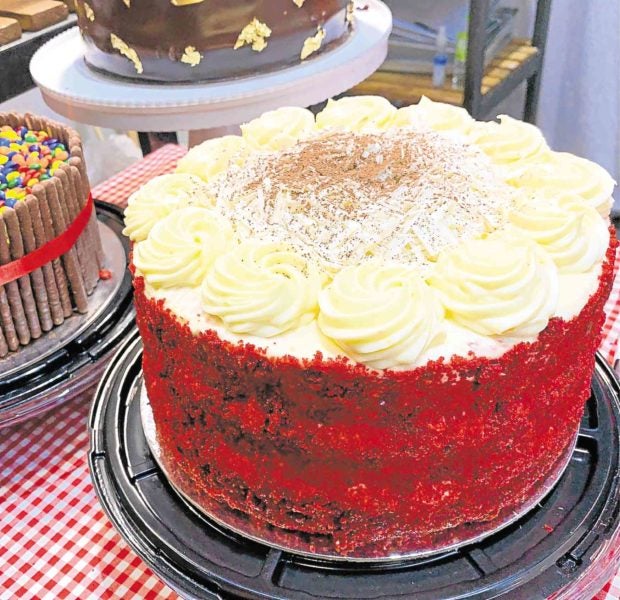 In one of Martha Stewart’s old interviews, her celebrity guest said she would just wing the recipe when baking. Martha could not conceal the horror in her face and later explained that in baking, one cannot just “wing” a recipe because baking is an exact science.

When you miss a portion of a recipe, even just a pinch, it is possible that the dough will not rise the way it should or the cake might turn out too dry or too sweet or not as expected.

That is why I have such enormous respect for pastry chefs, especially those who are required to produce not only specialty cakes for one occasion but those who need to make hundreds of cakes in a day. Each of those cakes must be consistent in terms of taste and texture. So the million dollar question is, how do you manage that?

Chef James Antolin of Tochi Desserts in Salcedo Village and founder of the Philippine Culinary Cup shares one of the secrets of some big companies: some of them work with a manufacturer to create a cake mix. This is because one of the biggest challenges is getting the measurements precise each and every single time. When a manufacturer can pre-measure or weigh the mix, it guarantees consistency in the end product and also saves a lot of prep time.

One of the best-kept secrets of these big companies—and still a secret because the current owners will not divulge who their clients are—is Joey Prats Ultra Mixes. Their stall caught my eye at the last World Food Expo (Wofex) because there was a crowd.

Of course I also wanted to try it and lined up myself. When I finally had a bite of the brownies and butter cake, it became clear why there was a crowd. They were delicious! It was as if the cake and brownies were made from scratch.

I asked if they were selling cakes because I thought they were a dessert shop. The owner—let’s just call her The Ultra Mix Queen because she was too shy to be named—revealed they were just selling cake mixes.

She asked me if I bake. I said that was my sister Goldee, who is the baker in the family.

According to her, this mix is exactly what a person who doesn’t bake needs because the whole science and art of baking is simplified. So all you have to do is add eggs, stick it in the oven, and—voila!—you have a cake.

On the other hand, it is also ideal for cake shops because these professional bakers can deliver cakes with a “baked from scratch” quality consistently and efficiently.

I asked The Ultra Mix Queen how they achieve that “baked from scratch” quality. She revealed they refuse to do batch mixing.

Each mix is prepared separately and mixed manually. The other secret is that they invested in the best weighing machine. The Ultra Mix Queen’s engineer compared their machine to those used for measuring dosages for the components of medicine pills/tablets. That is how precise their machine is. So you can be sure that the 0.0045 grams needed in your recipe is exactly that.

The mixes are actually under the brand of Joey Prats, pastry chef and president/CEO of his own Joey Prats School of Baking & Pastry Arts.

From Prats’ original chocolate mix, the product line has evolved. Today, one of their bestsellers is the Butter Cake Ultra Mix. When you taste it, you will understand why. It is beautifully moist that you would not believe it was prepared using just the mix.

While chocolate cake and brownies are friendlier to those who don’t really bake, the mixes are a big help especially for something like a chiffon cake, which should be very light, airy and fluffy, or for a red velvet cake, which should, as its name implies, have a velvety texture.

Using these mixes, life becomes so easy without having to sacrifice your kitchen credibility. Instructions come with each mix. These essentially tell you to preheat your oven, add wet ingredients (butter, oil, eggs) then bake … and that’s it.

The Ultra Mix Queen even proved how easy it was to make the cake presentable and appealing. She showed a sample of a chocolate cake that even a child could prepare: the chocolate cake, prepared using the mix, wasn’t even lined with ganache; it was simply lined with chocolate pretzel sticks and covered on top with M&Ms. The result was a very colorful, appetizing and unique chocolate cake.

A customer also expressed surprise at how affordable the mixes were, describing them as having an affordable price yet producing a luxurious taste.

The Ultramix Queen also shared the story of a village baker who decided to add cakes to his product line after seeing the income potential from the mixes. They have been selling cakes using Joey Prats Ultra Mixes for several years now.

Many business customers apparently have been purchasing their mixes through the years not only because of the convenience and consistency of the end product that the mix offers but also because of the ease in inventory that it affords. Your only other variables would now be eggs and maybe a bit of butter or milk.

The only added culinary tip that The Ultramix Queen gives her customers is to buy a thermometer to put in the oven to make sure the temperature is always accurate. Sometimes, she explained, even if you set your oven to the instructed temperature, the heat inside does not match the surface setting. Accuracy is important as even just a few degrees in error will make a big difference. Temperature is apparently an overlooked “ingredient” in baking but a good baker will always mind the heat.

If you remember this tip and use the mix, you may just make people believe that you went to culinary school … although in fact you just used one of the Joey Prats Ultra Mixes.

Now you know the secret of some of our best pastry brands and chefs.