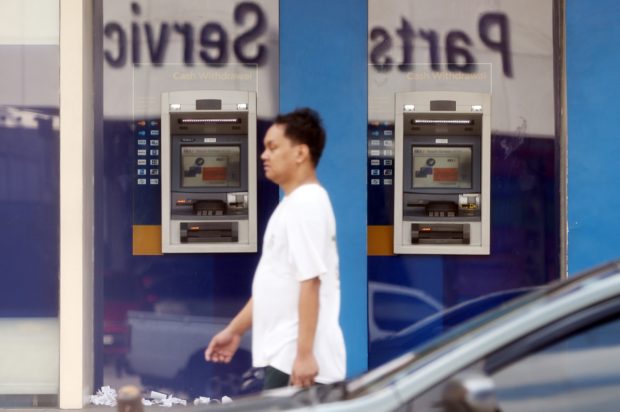 MANILA, Philippines — The House of Representatives is poised to look into the looming increase in the fee for withdrawing cash from automated teller machines (ATM) as a result of the lifting of the six-year moratorium on ATM fee increases.

The lifting of the freeze stoked concerns among lawmakers that banks would impose as much as a 50-percent hike on ATM fees, based on the rates they had charged or proposed to charge before the moratorium took effect in 2013.

“We are worried that the forthcoming increases in ATM charges might harm consumers — the nation’s more than 58 million ATM cardholders,” Makati Rep. Luis Campos Jr. said in a statement on Monday.

“Even more vulnerable are our estimated 4.1 million minimum wage earners. Many of them receive and withdraw their salaries twice a month through their ATM cards at the machine nearest them,” Campos said.

Any increase in ATM fees would come as Philippine banks post huge earnings.

In the first half of the year, banks racked up P110 billion in profits, 26 percent higher than what they were earning in the same period last year, according to preliminary data from the Bangko Sentral ng Pilipinas (BSP).

On the strength of Campos’ proposed House Resolution No. 210, the House committee on banks and financial intermediaries will hold an inquiry on the BSP’s memorandum lifting the moratorium on ATM fees.

Campos recalled that banks “had wanted to jack up their ATM charges by as much as 50 percent” before the BSP enforced the freeze order in 2013.

A survey of ATM fees shows that banks currently charge from P10 to P15 per interbank withdrawal transaction, and P2 per interbank balance inquiry.

These charges could jump to P15 to P30 per interbank withdrawal, possibly even higher, with the lifting of the moratorium, Campos warned.

In his resolution, Campos also noted “a virtual monopoly in the network that interconnects all of the country’s 21,682 ATMs.”

ExpressNet Inc. outsourced its ATM network to BancNet Inc. in 2008. BancNet and MegaLink Inc. merged their ATM networks in 2015, with BancNet as the surviving entity, while MegaLink has since been repurposed, he said.

“In this case, we are clearly compelled under the Consumer Act, or Republic Act No. 7394, to conduct an inquiry so as to safeguard the rights of ATM users,” Campos said.

Meralco to refund consumers who paid their installment plan in full