NEW DELHI – Indian authorities have characterized their surprise move to strip Jammu and Kashmir’s special constitutional status as freeing the disputed Himalayan territory from the bonds that kept it from realizing its economic potential. 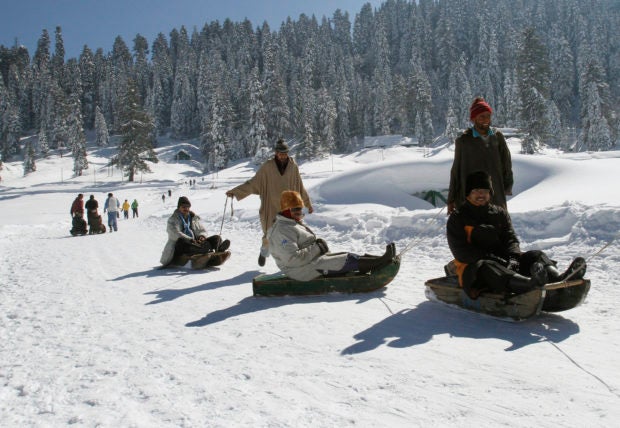 But the argument is flawed. The region already outperforms India on measures such as life expectancy, literacy and poverty, and its economy has been growing steadily this decade, despite frequent skirmishes between militants and security forces that have temporarily halted commercial activity.

Where the restive region has fallen behind other Indian states is with private investment, and Prime Minister Narendra Modi and other leaders of his Hindu nationalist government have made it clear that at least one of their goals in asserting more control over Kashmir is in making it a new frontier for growth as India’s overall economy experiences a slowdown.

For decades, a separatist movement has fought Indian rule in Kashmir, which is split between Pakistan and India and claimed by both in its entirety. Some 70,000 people have died in clashes between militants and civilian protesters and Indian security forces since 1989. Most Kashmiris want either independence or a merger with Pakistan, which is India’s bitter rival.

The authorities argued that Kashmir’s special status had cultivated a sense of separatism that was easy for Pakistan to exploit but made investing difficult. Home Minister Amit Shah said doing away with the special provisions would “kick start” regional development.

Shah and others have said the central government has given $44 billion to the region for economic development in recent years, but that much of it has been squandered by corrupt politicians.

“The revocation helps break the monopoly that was set by the previous lawmakers of Kashmir,” he said. “Industry, health care and education in Kashmir was stalled due to Article 370,” Shah said.

Whether a majority of Kashmiris agreed remained unclear Monday, the eighth consecutive day of an unprecedented security lockdown and near-total communications blackout in the predominantly Muslim valley of 4 million people. Schools and businesses are closed and public assembly is banned, conditions that are expected to last through India’s independence day on Friday.

Modi, in his first address to the nation after the sudden act, played up the economic opportunities for Kashmir, saying that the two newly formed federal territories “have the potential to become the biggest tourist destination in the world. The reforms required for this are being done.”

Its rich soil produces some of India’s most famous exports, including handwoven Pashmina shawls, basmati rice and saffron.

And Kashmir’s gross domestic product, the value of all the goods and services in the state, has risen from $16.7 billion in 2012 to an estimated $21.9 billion in 2018, according to state statistics data. The economy was expected to expand by another 11 percent this year, according to a state budget document.

By contrast, the Asian Development Bank recently reduced its India growth forecast for 2019 to 7%, from 8.2% in 2015, crediting the slowdown to lower consumption and investment.

India needs to grow by at least 9% per year to reach Modi’s aim of making it a $5 trillion economy by 2025.

With the law prohibiting outsiders from buying property in Jammu and Kashmir now lifted, Indians from the rest of the country are poised to purchase real estate and apply for government jobs there. Some fear this may lead to a demographic and cultural change in the Muslim-majority region. /gsg