3rd-generation hotelier eager to make his mark in PH 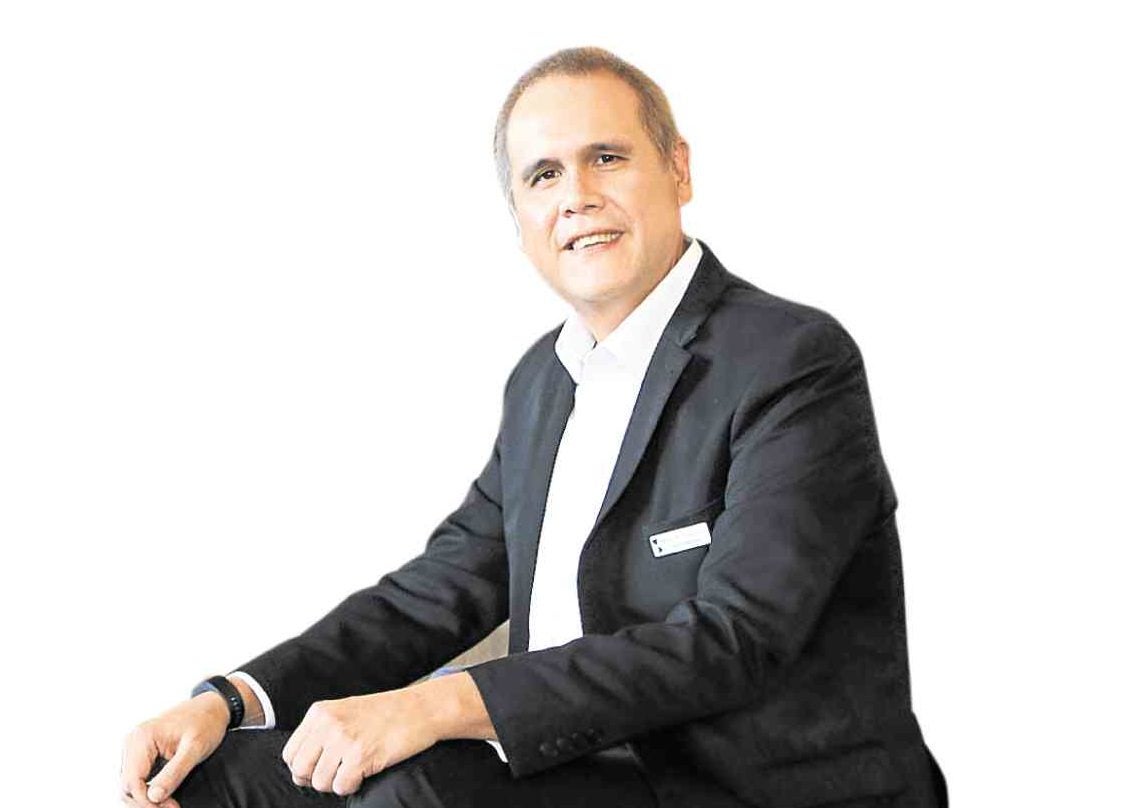 Marc Cerqueda, the Spanish-Filipino general manager (GM) of the new Seda Residences Makati, is a chip off the old block.

Veteran journalists will remember his father, Miguel, the general manager of the Manila Hotel in its glamorous days, as a gracious host. Unlike his father who wears a suit or barong tagalog practically every day, Cerqueda is more comfortable following Seda’s dressed-down code of the dark jacket and slacks. But they are both at home in the world of hotels.

“From birth, I grew up in hotels and in a lot of my stints (Hyatt, Hilton, InterContinental and Ayala Land), I’ve also lived in hotels. I’m innately connected with hotels as part of my being,” he says.

Seda Residences Makati is the 10th property in this homegrown chain under Ayala Land Hotels.

A third-generation hotelier, Cerqueda says his grandfather owned a ski resort in Andorra, a principality south of Spain. He sent Miguel to hotel school in Switzerland so that his son could take over the business. By twist of fate, he met his future Filipino wife who was studying French. After their marriage, they lived in Spain where Cerqueda’s older brother was born. The Cerquedas moved to Manila where Marc was born in 1971.

Miguel started his career with Hotel InterContinental Group. The two sons practically lived in InterContinental hotels in Manila, Jakarta and Saipan until their father was appointed GM of the Manila Hotel from 1978 to 1997.

Cerqueda enjoyed the perks of living in a deluxe hotel, especially the 24-hour room service. But it had its disadvantage. “I was overweight in my high school years.”

Despite the good life, his father disciplined his sons to be well-mannered in the hotel. “My dad drummed it into us that the guests were the gods. He was the employee of the hotel and we had to behave,” the younger Cerqueda recalls.

Miguel exposed his sons to the best restaurant ambience, the visual appeal of dishes, the savoir faire of service and the food and beverage operations.

Those experiences drove Cerqueda to pursue a diploma in hotel management at Cesar Ritz Colleges and a food and beverage course at Les Roches international hotel school in Switzerland.

His entire career has revolved around food and beverage (F&B) from waiter, bartender, captain waiter, restaurant manager, banquet manager and F&B director in other international chains to his present position as group director of F&B of Ayala Land Hotels—that’s aside from being Seda Residences Makati GM.

As the group director, Cerqueda sets the direction and standards for the breakfast and lunch buffets, coffee service, training, hygiene and manages F&B finances of Ayala Land Hotels, which include the Seda chain and El Nido Resorts. He notes that a profitable business starts with a good product, the delivery of the food and the market. Between his duties as GM of a city hotel, he will still be traveling around the country to oversee that standards are being followed in all of Ayala Land Hotels’ properties.

Before his promotion, Cerqueda worked as director of operations of El Nido Resorts for four years. He felt he was a good fit for the property because of his convivial hosting skills.

“I believe my strength is through personal contact with guests. In resorts, you’re with them 24/7 in very close quarters. There’s no city where they can go out to have dinner, or they don’t leave to do business. They feel very much dependent on you for everything—their safety, their fun, their meals. I enjoy being the provider of all of those and the rapport that results from giving those.”

Cerqueda attributes the honors to the local staff of El Nido Resorts. “The level of Palaweño hospitality is unlike anything I have ever seen. They love Palawan so much,” he says.

He takes on a different challenge of working in the city.

Seda Residences Makati is the chain’s first extended-style hotel with complete apartment amenities. Despite the competition from other serviced-hotel apartments in Makati’s central business district, Seda Residences has many unique features.

As in all Seda hotels, it is close to the mall. Seda Residences Makati sits atop the new Ayala North Exchange mall and offices. The 293-room hotel runs from the 19th to 35th floor. More than one-third of the room inventory consists of suites or apartments, ranging from one to three bedrooms.

Seda Residences Makati is tapping such long-staying guests as new expatriates who are looking for a permanent home in the city, medical tourists and families whose relatives are billeted at the Makati Medical Center. Hence, all the studios and suites are equipped with a kitchen and appliances where guests can do their home cooking and laundry facilities.

Cerqueda forecasts that 50 percent of its guests will also book for short stays as in a regular hotel.

Cerqueda notes, “What differentiates Seda is that the guests will feel the spirit of Filipino hospitality at maximum levels.”

Asked about his success strategies as he handles two top positions for Ayala Hotels, Cerqueda cites writing a to-do list every morning, reading personalities and engaging the strengths of key individuals for collaborative teamwork.

“I believe in the saying, ‘What gets written down gets done.’ I don’t go home until the to-do list is finished. Secondly, you have to gauge your guests quickly—what type of people they are, their expectations and the type of topics they like. Third, no hotelier is successful because of themselves. Trust your key members and listen to them because they will have more expertise than you,” he explains.

Ultimately, his strategies stem from his father’s advice. “He drummed into us—humility and giving respect to gain respect. Then there’s the ethic of hard work—no success in life is achieved without that.” —CONTRIBUTED