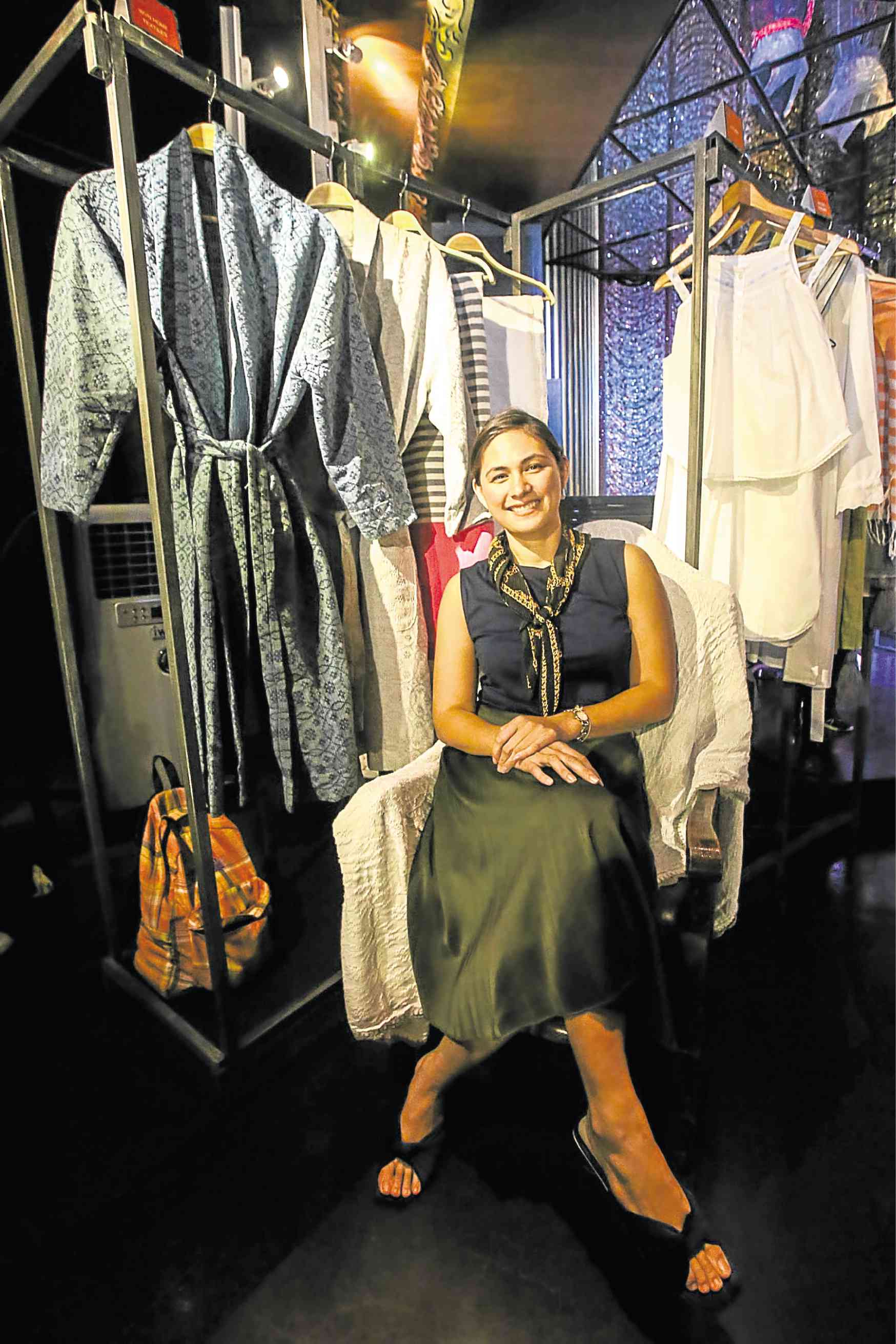 The strong relationship between a couple of dreamers and a community of weavers is the driving force behind WVN Home Textiles, a local lifestyle brand that infuses regular home and beach accessories, such as robes and towels, with traditional Filipino weaves to come up with unique and fashionable pieces.

The dreamers are 29-year-olds Kylie Misa and Yvette Gaston—friends who started the social enterprise as a passion project in 2016.

Initially inspired by the designs of Turkish towels, Misa and Gaston decided to explore local weaves, which led them to seek the help of the Philippine Textile Research Institute—which then led them to the weaving community of Bangar, La Union.

“We took a road trip to Bangar, and we had no idea where we were going,” Misa recalls, chuckling. “We just dropped the pin on the Waze map, and it was just the two of us. In the middle of it, we were asking ourselves, what if we don’t find anything? But then we got there—it was raining—and we just saw all the signs pointing to the weaving community.” 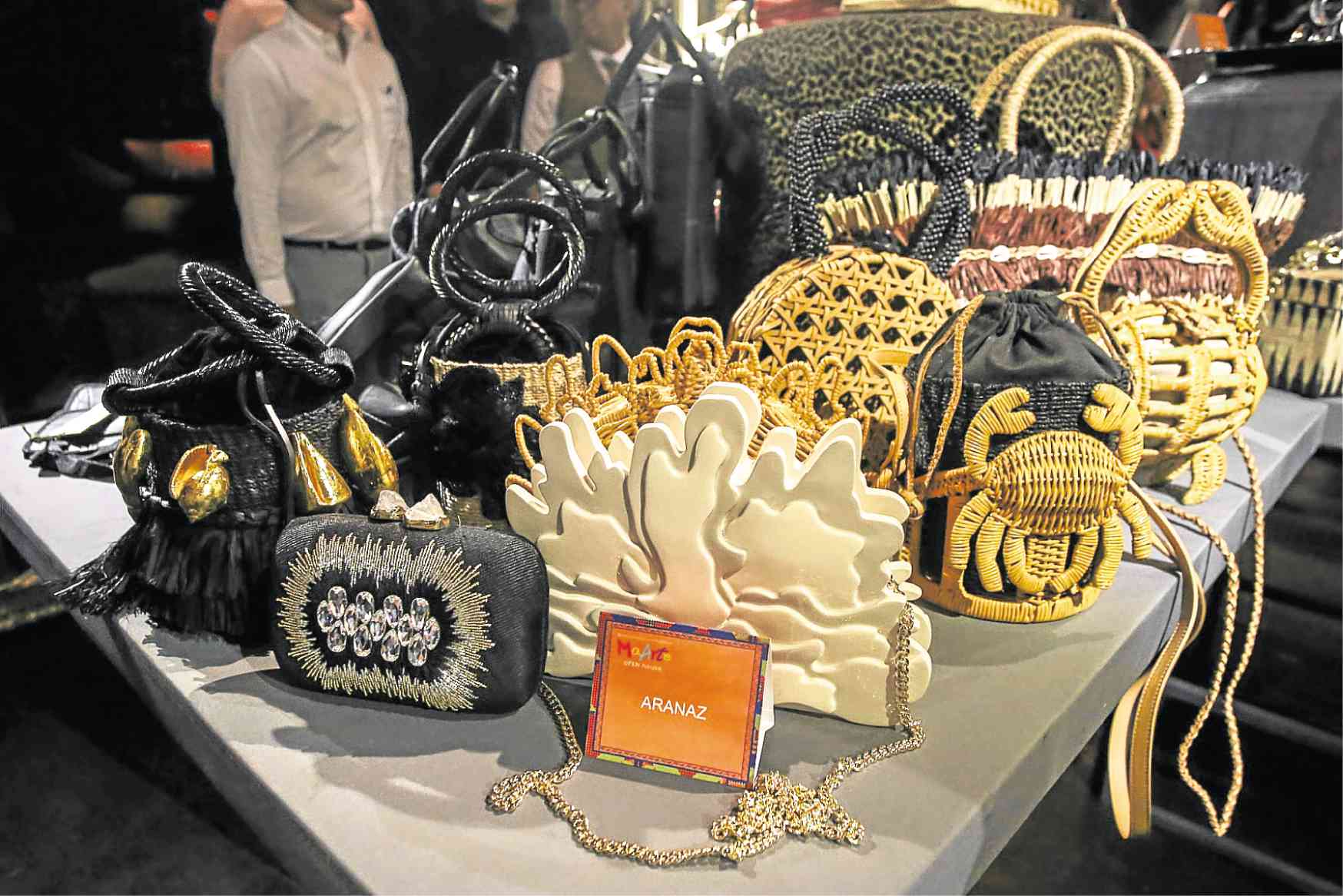 Soon after Bangar, Misa and Gaston found another weaving community to work with in Indang, Cavite. What the two pride themselves in, in the three years of running WVN (read as “woven”) full time (Misa used to work in strategic communications; Gaston, retail), is the relationship they’ve built with the weavers, and how they earned their trust.

“It’s a real relationship. That’s the thing about working with communities—it’s all about building trust, relationships, because a lot of people have come to them before and promised to help them, and in the end they just fall short,” Misa says.

Aside from weavers, WVN also works with a community of seamstresses from the cities of Las Piñas and Muntinlupa. 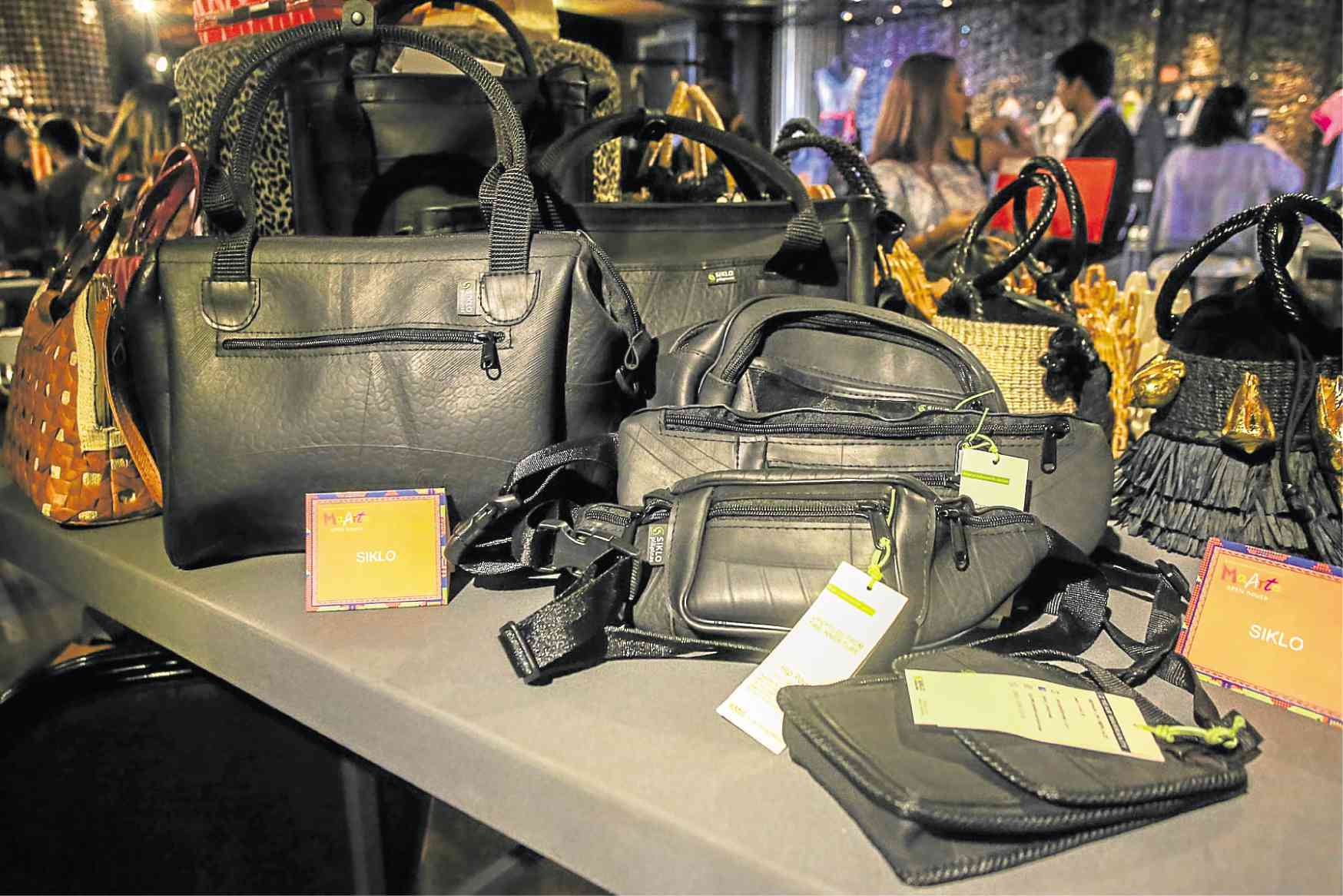 “We wanted a business rooted in Filipino tradition, but with a contemporary twist. A lot of our stuff are home and beach accessories, and we create very usable stuff with the weaves. We wanted to reinvigorate traditional weaving because it is a dying industry—and we thought, how could we do it on both the supply side and consumer side?” Misa says.

On the supply side, Misa says they cocreate with the weavers—meaning they consult the weavers on the designs they have in mind before creating them. As for their consumers, Misa is happy to note that there is a movement among Filipinos—mostly young professionals—to both support local and make more mindful purchases.

WVN will soon introduce their pieces to more like-minded Filipinos at the upcoming MaArte oPen House, the 11th edition of the Museum Foundation of the Philippines Inc.’s (MFPI) annual fundraiser, on Aug. 16-18. It’s WVN’s first time to join the fair, which this year is taking on a different format: Instead of exhibitors all occupying just one area of The Peninsula Manila, they will showcase their wares in over 20 guest rooms. 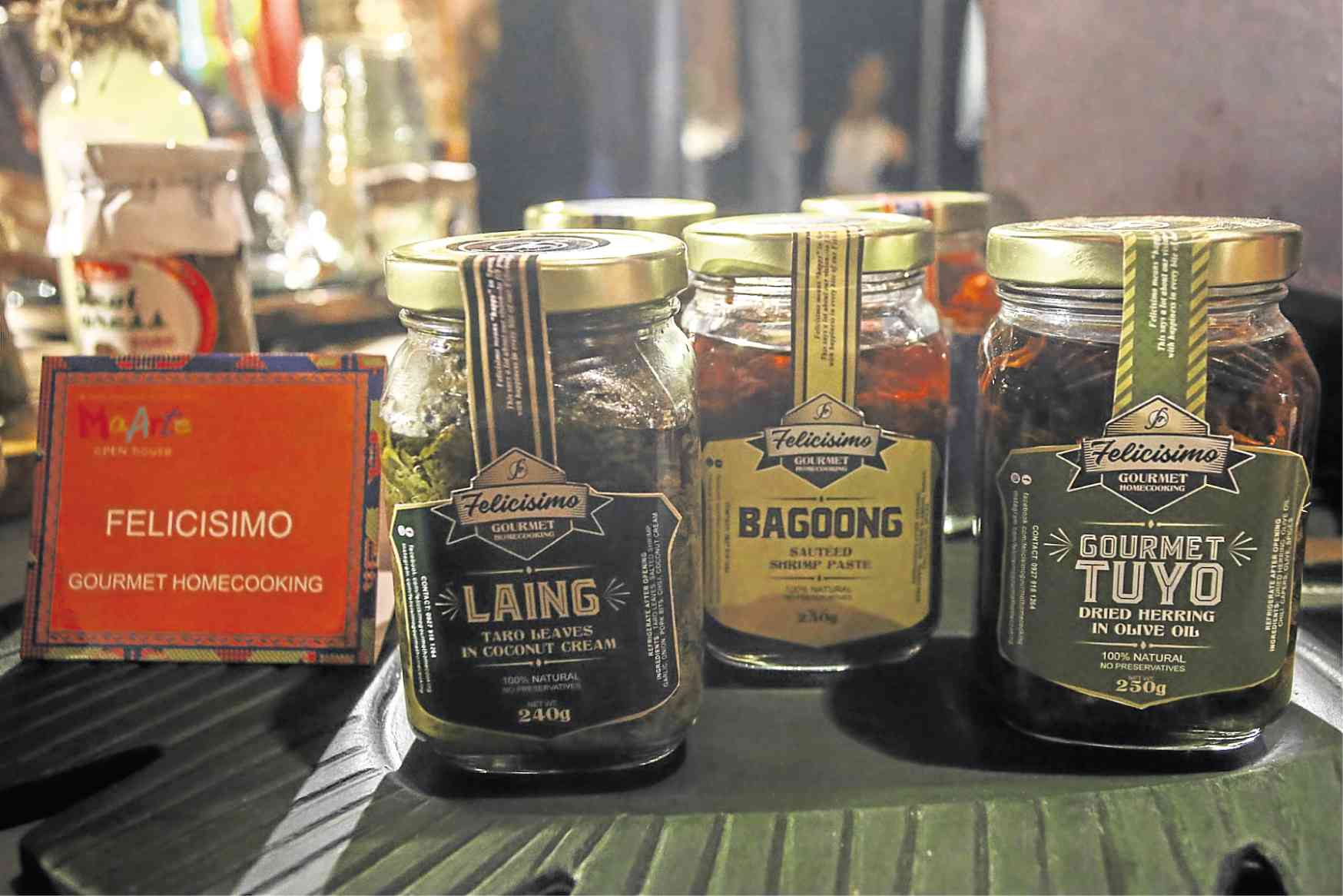 The concept is inspired by the open house Christmas parties held by some tenants of the North Syquia Apartments in Manila in the early 2000s. Phyllis Zaballero, MFPI vice president and a former North Sqyuia resident, recalls the parties as “really mellow, very creative,” and very welcoming events.

“Everybody knew each other, so it was just natural for friends to bring their friends to their homes and neighbors’ homes,” Zaballero says. “Everyone felt safe and welcome.”

It’s the same environment that MFPI hopes to foster among its exhibitors, who have consistently grown in number over the past decade. Expect over 60 vendors at MaArte oPen House, with both newbies and fair staples. 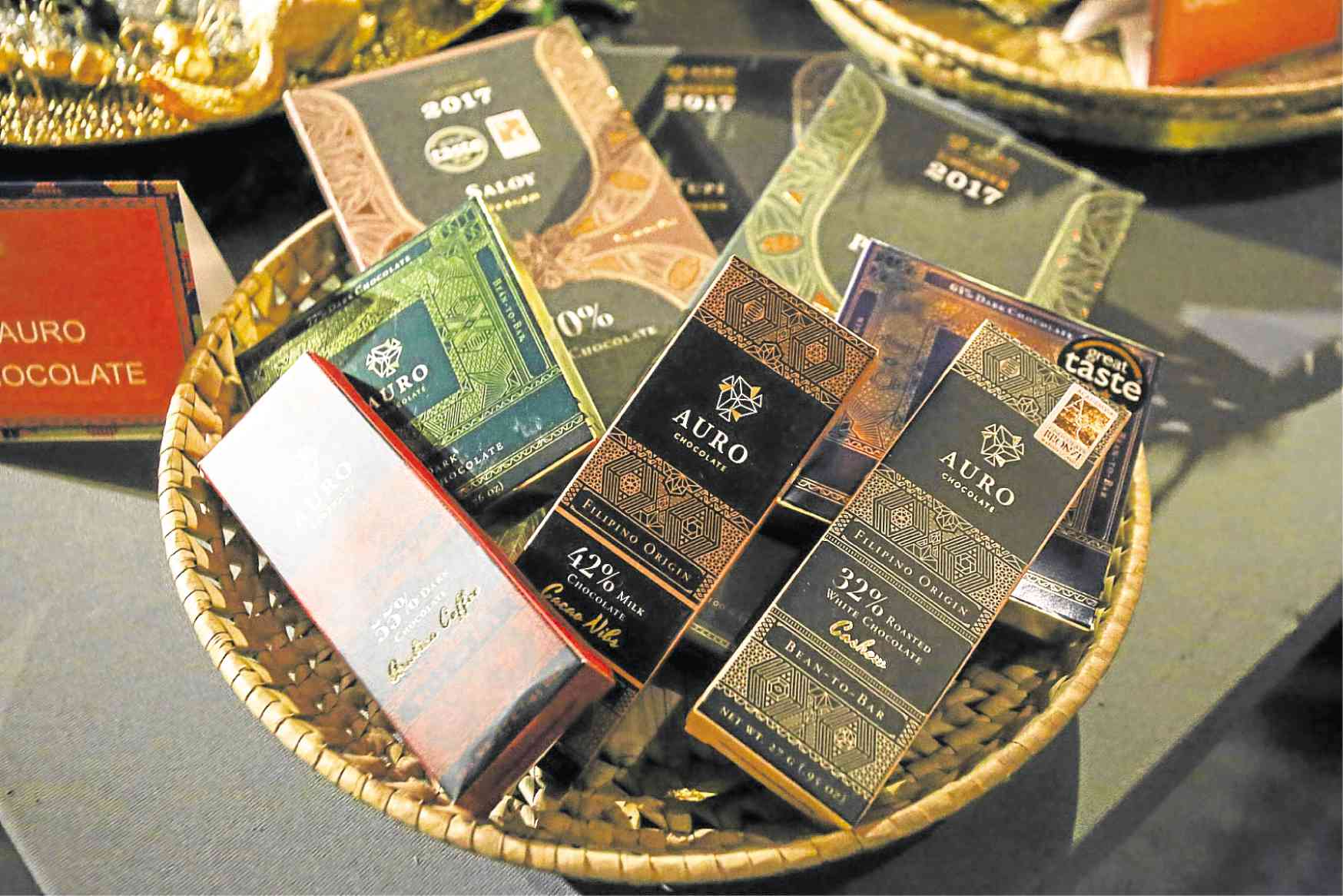 “We take inspiration from that iconic social gathering as we celebrate the relationships that have been made not just among our merchants, artists and artisans, but also among our regular patrons,” says architect and MFPI treasurer Mico Manalo. “MaArte Fair has really become a sort of neighborhood of advocates for Philippine art, crafts and heritage.”

MaArte oPen House will run from Aug. 16-18 at The Peninsula Manila. Admission is free.