Huawei revenue rises 23.2% despite US restrictions 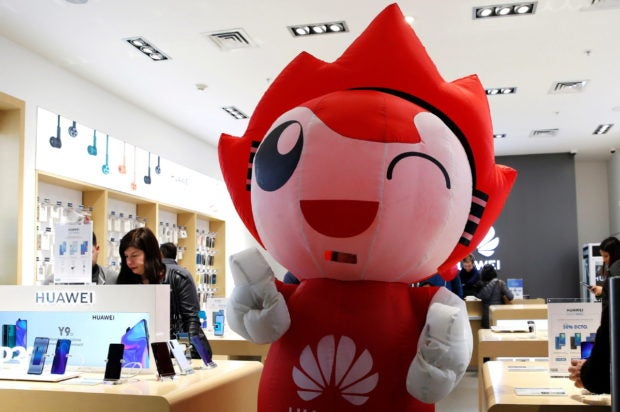 A Huawei mascot is seen in a Huawei store in Vina del Mar, Chile. Agencies via China Daily/Asia News Network

BEIJING — Huawei Technologies Co said on Tuesday that some US suppliers have been gradually resuming sales to it, but so far the Chinese tech company still did not have access to some crucial US technologies such as the updates of Google’s Android operating system.

The comments came as Huawei announced on Tuesday that it posted 401.3 billion yuan ($58.3 billion) in revenue in the first half of 2019, marking a 23.2 per cent year-on-year jump, despite all the restrictions it faces from the United States government.

Liang Hua, chairman of Huawei, said: “We have been working hard to ensure smooth operations, and our organisation is as sound as ever. With effective management, our business has remained robust in the first half of 2019.”

The financial performance came as Huawei is facing restrictions from the US government which put the Chinese company on an “Entity List” in May, banning the Chinese tech company from buying US technologies without special government approval.

“The US entity list has had some impact on our development. But both the scope and extent of this impact is controllable. Our core products have not been significantly affected. Our customers still believe in us,” Liang said.

The media recently reported that the US government may grant licenses to some companies to restart new sales to Huawei next month. Reuters reported earlier this month that the US Commerce Department had received applications from more than 35 US companies which are asking for licenses to resume such sales.

Yao Fuhai, chief supplier officer of Huawei, said the Shenzhen-based company has been very grateful to the US suppliers which have supported Huawei while complying the US laws and regulations.

“We welcome the recent positive signals from the US government and wishes it to put into action what it said,” Yao said.

But Liang from Huawei highlighted that the sales of some crucial US technologies, including the Android operating system, have still not been resumed.

“In the second half, Huawei’s overseas smartphone business will still meet some challenges,” Liang said, adding that if Huawei can regain access to the Android operating system, the company will use the system in its smartphones.

But if not, Huawei also has the capability to build its own operating system and relevant ecosystem, the senior executive added.

Huawei said it will invest 120 billion yuan in research and development this year.

According to him, Huawei’s overseas smartphone business was indeed affected by the US government restrictions, but recently, the business has rebounded back to 80 per cent of its performance before Huawei was put on the trade blacklist.

Jia Mo, an analyst at market research company Canalys, said the US government’s ban on Huawei has caused uncertainty overseas, but “in China, it has kept its foot on the accelerator”.

Huawei took a record 38 per cent of China’s smartphone market in the second quarter of 2019, signifying the highest market share of any vendor in eight years, according to data released by market research company Canalys on Tuesday.

Huawei’s global mix has shifted back toward China, with 64 per cent of its smartphone shipments in the second quarter going to its home market.