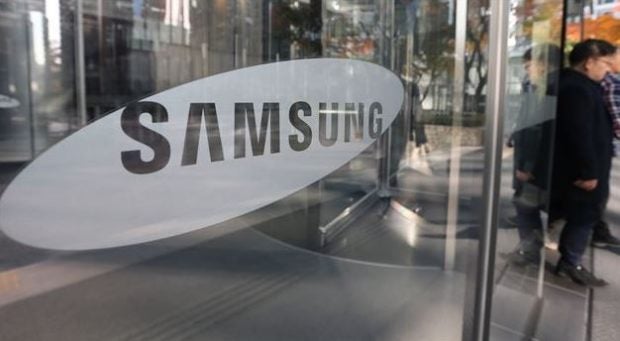 SEOUL — Samsung Electronics on Wednesday announced a 56 percent plunge in operating profit in the second quarter due to the sluggish performance of its two main divisions — memory chips and smartphones — amid weakening market conditions.

Compared to the third quarter of 2018, when Samsung reported its largest-ever quarterly operating profit of 17.57 trillion won, the second-quarter figure was reduced to a third.

The overall decline stemmed largely from its most lucrative chipmaking business that registered the smallest operating profit of 3.4 trillion won since the third quarter of 2016, due to continuing price declines.

“The weakness and price decline in the memory chip market persisted as effects of inventory adjustments by major data center customers in the previous quarters continued, despite a limited recovery in demand,” a company official said during a conference call.

According to DRAM eXchange, the average price of 8-gigabit DDR4 more than halved from $7.25 at the end of last year to $2.94 in July.

Unlike SK hynix, the world’s second-largest memory provider, Samsung is not considering any move to cut production of its memory chip products.

After announcing a whopping 89 percent plunge in its second-quarter operating profit, SK hynix said it will start reducing DRAM production in the fourth quarter.

US-based memory maker Micron has announced it will reduce DRAM production by 5 percent this year due to the decline in prices.

“Work to improve efficiency of production lines is underway flexibly in response to demand.”

Samsung has been realigning its equipment and operations at its DRAM lines since early this year, which could naturally lead to an overall decline in output.

The company’s mobile division also reported a 41.6 percent in operating profit from a year earlier, suggesting the smartphone market is still stagnant.

“The smartphone unit posted stronger shipments on new mass-market models but was weighed down overall by slower sales of flagship Galaxy S10 phones and increased marketing expenses,” the official said.

Meanwhile, the network unit posted solid results on the commercialization of 5G services in Korea.

The consumer electronics division showed a slight increase in quarterly operating profit, from 510 billion own in the second quarter of last year to 710 billion won this year, on modest sales of the newest QLED TVs.

In the second quarter alone, Samsung’s capital expenditure stood at 6.2 trillion won, including 5.2 trillion won spent on semiconductors and 500 billion won on displays.

“The annual capex (capital expenditure) hasn’t been confirmed yet,” a company official said. “But some investments will be executed in the second half of the year as part of efforts to build infrastructure for mid- and long-term demand.”

Read Next
PH manufacturing growth improved for 3rd straight month in July
EDITORS' PICK
House energy committee chair Arroyo bats for cheap electricity
Pagasa: Warm, sunny Sunday in most parts of PH
vivo’s coming to town to grant wishes with more holiday promos
The Best Tech Gifts For The 2022 Holidays
Is it safe to talk politics again at family gatherings? ‘The Reconciliation Dinner’ shows us what that’s like
EDITORIAL: To a bike-friendly future
MOST READ
LOOK: Vhong Navarro transferred to BJMP detention facility in Taguig
The Elephant Man in the Senate
Posh village as ‘shabu’ haven
LOOK: Zanjoe Marudo bonds with Ria Atayde, her family
Don't miss out on the latest news and information.