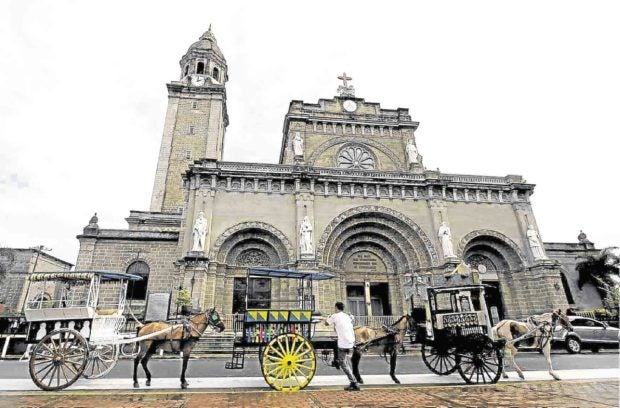 Although Manila lags in the study, the country’s travel and tourism industry still holds a huge potential to grow given the promising programs and initiatives of the Department of Tourism.

Is Manila ready for a tourism boom? For the World Travel & Tourism Council (WTTC) and real estate services firm Jones Lang Lasalle (JLL), Manila is still considered to be among the “dawning developers”—which referred to cities that “have an emerging tourism infrastructure, gradual tourism growth and lower visitor concentration but with potential to grow.”

This was according to their June 2019 report entitled, Destination 2030: Global Cities’ Readiness For Tourism Growth, that studied the extent to which global cities have the necessary urban and tourism infrastructure and policies to support the sustainable growth of the sector at the city level.

The first edition of this report assessed 50 global markets, including the Philippines, based on more than 75 indicators that focused on scale vs. concentration; leisure vs. business drivers; urban readiness; and policy engagement.

The said study classified cities in five categories. The so-called Dawning Developers, of which Manila, Moscow and Riyadh are part of, referred to cities with slower tourism growth, and lower visitor concentration—for now, while Emerging Performers pertained to cities that have an emerging tourism infrastructure, growing tourism momentum and the start of increasing pressures related to tourism growth, such as Istanbul and Mexico City.

Balanced Dynamics referred to cities that are usually business centers but have a lower share of leisure compared to business travel such as Chicago, Munich and Tokyo.

Mature Performers meanwhile are cities that have strong leisure and/or business travel dynamics and an established tourism infrastructure, but there is a risk of future strains related to visitor volume, infrastructure or activity that is testing readiness for additional growth. Such cities include New York, Berlin, London and Sydney, the report further showed.

The fifth category, Managing Momentum, are cities that have high growth momentum driven by leisure travel and an established tourism infrastructure. Yet, these cities, which include Amsterdam, Barcelona and Prague, face pressures to ensure that the volume of travelers is matched with the required urban infrastructure and tourism product diversity.

According to WTTC and JLL, Dawning Developers and Emerging Performers are cities with a lower level of urban readiness, while those in the clusters Managing Momentum, Mature Performers and Balanced Dynamics, are “established tourism markets with a relatively high level of urban readiness, meaning they offer more developed infrastructure, comparatively higher political stability and more airport capacity. These tourism economies are well positioned to attract both leisure and business travelers but face different degrees of tourism pressure.”

Hence, for cities like Manila, there is a need “to improve their readiness (and) efforts should be focused on developing and enhancing urban infrastructure such as airport connectivity, accommodation stock and addressing environmental issues such as waste and water quality.

These cities can also harness opportunities to develop and improve existing tourism policies which foster growth at a pace that the city can afford.”

So what does this tell us?

Although Manila lags in the study, it shows that the city holds potential for improvement and growth as with other cities under Dawning Developers and Emerging Performers.

The government, fortunately, has been actively seeking for ways to further boost the competitiveness of the Philippine travel and tourism industry, which is one of the key growth drivers of the country’s economy.

For instance, the Department of Tourism launched earlier this year a review of the National Tourism Development Plan 2016-2022 ( NTDP) in a bid to make existing programs more competitive and inclusive. The target was to revisit the goals and to fine-tune the components of the NTDP.

Add to that the administration’s ambitious “Build, Build, Build” infrastructure program, which is also expected to open up new roads and more airports across the country, to further improve land and air connectivity. This, of course, will significantly benefit the travel and tourism industry.

Last year, the Philippine travel and tourism industry contributed a total of P4.3 trillion to the Philippine economy, accounting for 24.7 percent or nearly a fourth of the country’s gross domestic product (GDP). This reflected a 28 percent increase compared to the P3.35-trillion contribution of the sector in 2017. Travel and tourism directly and indirectly supported some 8.4 million jobs, accounting for 20.2 percent of total employment in 2018, according to a report issued by WTTC earlier this year.