Iloilo Business Park and the many pleasant surprises it holds 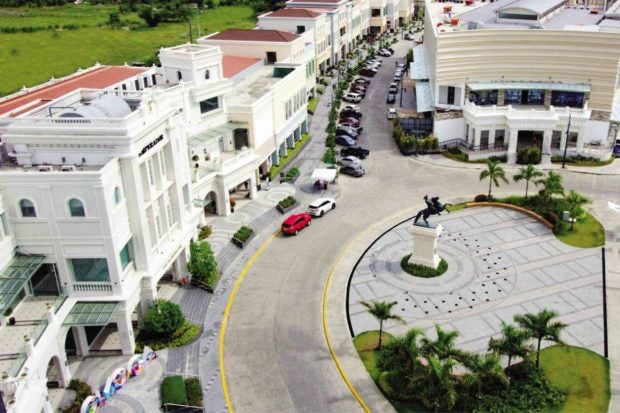 The little over 24 hours that I got to spend in Iloilo City gave me much more than I had initially expected.

Since we flew in on a Friday, I was bracing myself for one crazy hectic day as we needed to finish closing the Property Section, make sure all pages were in order and error-free before the sections went to print, all while we make our way throughout the 72-ha Iloilo Business Park.

It was a different story though the moment we landed at the Iloilo International Airport that Friday morning. While it was slightly overcast, the weather did little to dampen my spirit as the ride going to Iloilo Business Park managed to calm my frazzled nerves with the sight of vast open spaces, lush greenery from afar, paved wide roads that would be the envy of any city, and still, a slice of the laid-back, rustic charm of the rural life.

I had been to the Iloilo Business Park for several times since my first visit to the city in 2015, when I had to cover a series of high-level meetings for the Asia Pacific Economic Cooperation (Apec). I also knew that much has changed since that time when this former site of the city’s international airport only had the Iloilo Convention Center (ICON), which was built on a 1.7-ha lot donated by property giant Megaworld Corp., and the Richmonde Hotel Iloilo.

But Iloilo Business Park did not fail to amaze me anew.

Within a short span of four years, this entirely new and modern city has transformed by leaps and bounds, poised to serve as a model township of the future and a catalyst for growth in the province, and possibly the rest of the region—but while still preserving and paying homage to the rich cultural heritage of Iloilo. There was so much to see and soak in, a pleasant plethora for my senses that, for a while there, made me forget about my pressing deadlines.

Harold C. Geronimo, senior AVP and head of PR and media affairs of Megaworld Corp., explained to us over coffee and breakfast at Courtyard by Marriott Iloilo that much has really changed over the last four years as new elements were added to this already bustling township.

And that we got to see. As we were passing through Megaworld Blvd., we saw the happy hustle of students, residents and workers, either making their way to or leaving the township—some going over to McDonald’s, which stands on one side of the main road, while others were rushing to their offices located along the same boulevard. Across this fast food joint was the hard-to-miss bronze monument of revolutionary hero Gen. Martin Delgado done by renowned Spanish sculptor Gines Serran-Pagan.

Right behind this iconic, 8.8-meter statue was the 3,000-sqm Iloilo Museum of Contemporary Art (Ilomoca), the first contemporary art museum in Visayas and Mindanao, featuring artworks of both national artists and local Ilonggo artists; and beside it was the 1.1-kilometer stretch of the Festive Walk Parade, said to be the longest dining and retail strip in the whole of Western Visayas, and where we had our hearty lunch of pasta, ribs and chicken.

And how can I ignore the three-level Festive Walk Mall which, according to Geronimo, was the biggest mall of Megaworld outside Metro Manila? Opened in 2018, it is considered the most beautiful mall in the entire Western Visayas, and is directly linked to the annex mall through an airconditioned bridge that further connects to the Festive Walk Parade. Shoppers can also hear Mass at The Church of God located at the annex, or St. Joseph, located at the Sky Garden of the main mall.

Making time for coffee and cakes in a local store within the Festive Walk Mall, we sat down with Geronimo, who told us about the P350-million transport hub, which was launched a few days before we got in. The hub has two terminals with scheduled rides going to Ioilo Airport, Roxas Airport, Kalibo Airport, and Caticlan Airport (yes, you read that right—you can swing by Iloilo first before heading off to Boracay via a bus ride) and back. 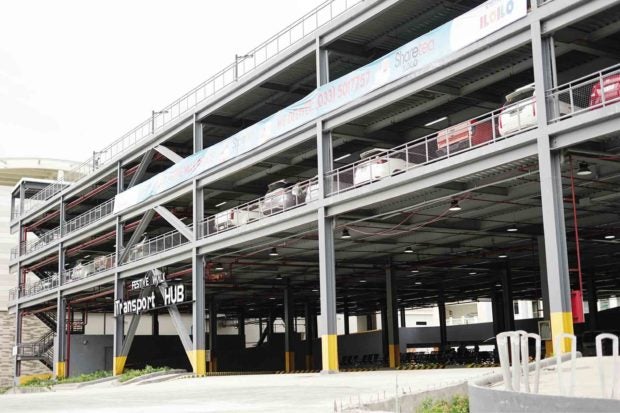 If I had more time, I would have probably dropped everything, try this out, and go island hopping to my heart’s content.

It was obvious that Iloilo’s economy keeps humming given the robust demand for offices: there are now seven operational office towers offering premium spaces for lease, while the recently launched International Corporate Plaza allows firms to buy and own office spaces. As it is, the township hosts around 15,000 office workers from seven outsourcing companies based here while some 9 ha of the township will soon be home to regional headquarters of top financial institutions such as Metrobank and Unionbank.

Residential demand is booming, too, as five condominiums with seven residential towers, have been launched in the township as of May 2018. One of these projects reportedly has the tallest residential tower in Panay Island with 22 levels. Hotel occupancy is picking up, too, with The Courtyard and Richmonde Hotel catering to the influx of guests and staycationers in the township. And in a few years’ time, the 405-room Belmont Hotel Iloilo will join the fray and open its doors to the public.

By the time we finished our coffee, the mall was already teeming with students and their friends and families, workers who just finished their shifts and wanting to unwind after a grueling day at work, and visitors milling around, perhaps trying to get some errands done.

It was truly a sensory overload for me. Despite my quick rendezvous with Iloilo, it gave me so much to look forward to when I go back here for a real vacation—with nothing but my appetite for its famed batchoy and my travel essentials that will allow me to finally relax and let go. 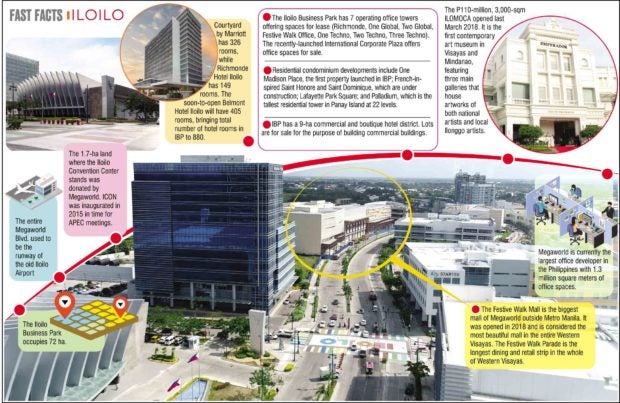