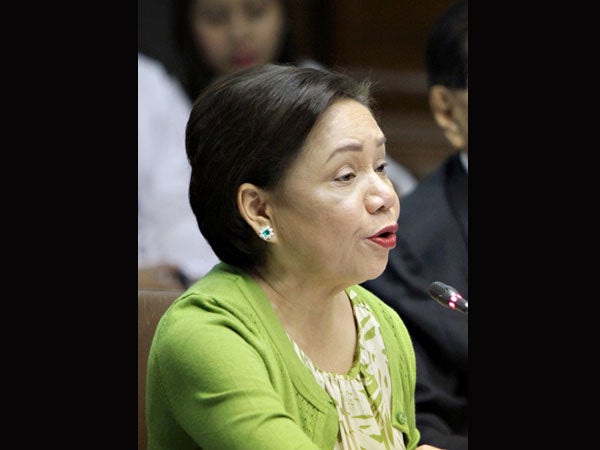 MANILA, Philippines–Senator Cynthia Villar – the sponsor and principal author of the rice import liberalization law – has opposed calls from various industry stakeholders to review the measure following the drastic decline in palay prices that only resulted in minimal cuts in rice prices.

However, the lawmaker said there have been flaws in its implementation which the Senate would tackle through an oversight committee that she would lead.

“There is issue in the implementation of the law, not the law itself. The law is very good… We haven’t tried the law then we are reviewing the law? What kind of people we are? We will do oversight,” Villar said in an interview with reporters during the sidelines of the recent 2019 Sustainable Agriculture Forum.

She added that those who are calling for the review of the measure “do not even understand the bill,” noting that its passage was required under the country’s agreement with the World Trade Organization (WTO).

In 1995, the Philippines allowed the entry of imported rice in the country in exchange for lower tariff rates and more flexible trade pacts provided that there would be a limit.

However, the consensus with WTO already expired last year. To avoid incurring penalties, the country must now liberalize the rice industry.

Villar said the oversight committee would instead focus on why half of the P10-billion rice competitiveness enhancement fund (RCEF) under the measure was not utilized in accordance with the law.

However, the National Economic and Development Authority (Neda) said the money was part of the RCEF fund, and must be used for projects that meet the mandate of the new rice law.

“They (DBM) gave P5 billion but that was not spent for the law’s rice program that’s why we will call on the agency [to explain] where the money went… Explain to us because in the law, there is earmarking for mechanization, for seed production, cheap credit and for training. Where did they use the money? Those were not followed,” Villar said.

The dispute between Neda and the Department of Agriculture would spell how much support the rice sector would get following the deregulation of rice trade. As long as the issue is not resolved, farmers would not get the entire P10-billion subsidy they were promised to receive annually.

The rice import liberalization law, passed barely four months ago, has already resulted in the continuous decline in the buying price of palay at the rate that’s been hurting local farmers. In some provinces, there have been reports that rates had plummeted to as low as P12 a kilogram or the same as the average cost of producing rice.

Despite the massive drop in palay prices, rice prices in the market have registered minimal decreases. This imbalance, stakeholders said, were due to importers and traders who bought imported rice at low prices and yet sold them to retailers at jacked-up rates.

Villar said the issue on undervaluation and smuggling must be addressed by the Bureau of Customs, and emphasized that there will be no review or amendments of the new rice policy. /jpv