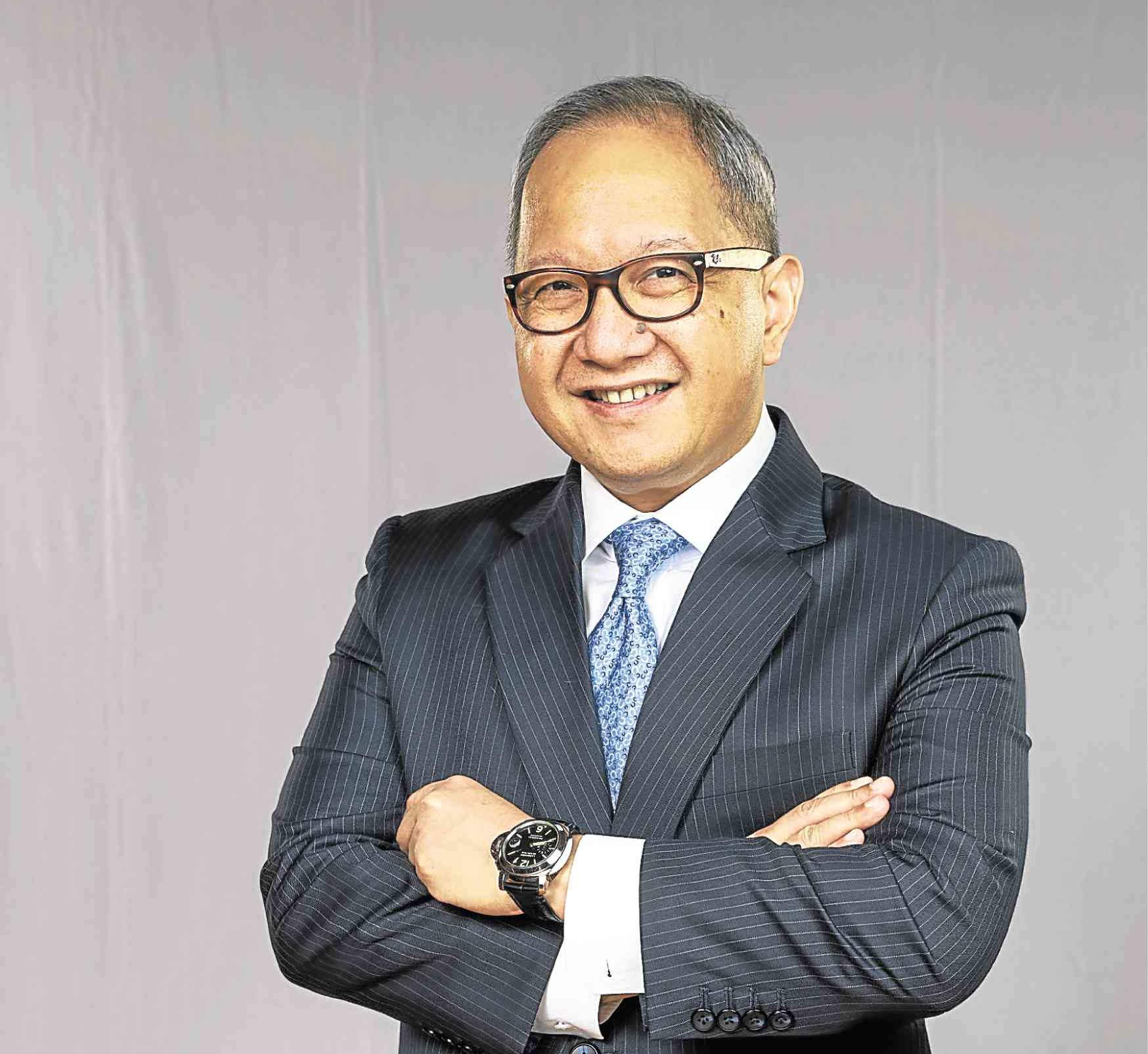 Physicist-turned-banker Eugene Acevedo, who has nine cats, three dogs and three turtles, is going on beast mode as he takes over the reins of Rizal Commercial Banking Corp. (RCBC).

For the next three to five years, the new RCBC president aims to double RCBC’s profitability (from P4.3 billion in 2018), boost return on equity to 10 percent (from 6 percent) and enhance productivity while controlling costs.

Under his leadership, Acevedo aims to reclaim, and then exceed, RCBC’s standing in the Philippine banking system before the “rogue branch” scandal that rocked the bank in 2016. Some $81 million in dirty money stolen by cyberhackers from Bangladesh Bank slipped through RCBC’s Jupiter Street branch and laundered into local casinos then.

Because of this unfortunate episode, RCBC’s ranking among the country’s biggest banks slipped from fifth to eighth place.

Taking over the helm from Gil Buenaventura on July 1, Acevedo’s big goal is “go back to number five and then plot how we can be among the top four banks.”

The ranking aspiration is based not just on resources and profitability but also on customer experience.

“A big part of what we need to do is about moving people and changing behavior. So it’s a campaign, to win hearts internally. I think we’re winning that campaign but have to keep doing it,” he says in an interview with the Inquirer.

“People have to be persuaded with real, proven and believable strategies for them to be convinced that it’s workable, but at the same time, they have to believe they have the ability to do exactly what’s done,” he adds.

A big part of the strategy is not just to expand the earning assets but to steer the loan portfolio so that small and medium-sized enterprises (SMEs) and consumer loans will eventually account for half of the business, from 38 percent at present.

“That’s not just because that’s high-yielding but that’s a proven pocket of growth,” he says. “The target is to be the country’s leading SME and consumer bank with “best-in-class design, data and digital skills or competencies.”

RCBC, which employs 6,000 people and operates 507 branches, spends 67 centavos to earn every P1 at present.

This has gone down from 73 centavos in the previous year, but within three years, Acevedo aims to bring the cost down to 53 centavos.

Thus, it’s not surprising that digitalization is part of his game plan.

Using the three D’s—design, data and digitization—the “moonshot” goal is for its products and services to eventually reach 65 million Filipinos.

Acevedo has mapped out a 10-point game plan for RCBC, mostly to boost revenue and productivity while improving cost control and keeping in mind the lessons learned from the Bangladesh Bank episode.

“I call it the 10 tasks but they are starting to call me Moses here,” Acevedo says in jest (or maybe not).

From 65 percent, the ratio of Casa to total deposits went down to 55 percent after the Bangladesh episode.

“In the past, cash management wasn’t really a focus point, I’d even think that at some point, it was a hobby as only a few of the RMs (relationship managers) are doing it. Now, we have a long pipeline of cash management transactions and corporate foreign exchange transaction has been boosted,” he says.

After the split-up, branch sales team and corporate RMs started running after the same clients.

“The time has come that we delineate coverage properly, otherwise we will have a costly coverage model. From my estimation, double coverage is costing us P400 million a year. Moving forward, branch RMs will just be calling on retail customers and small businesses while corporate RMs will be calling on corporate clients,” he explains.

With a fully performing data science team led by Bueno, Acevedo says one can expect RCBC to be serious with its commitment and targets. He believes that sales discipline could be achieved more easily because of data analytics.

“We have 730,000 credit card holders and only half of them have deposit bank accounts with us. That kind of phenomenon is present across all products. If you add up, we have two million mostly retail customers, but there’s customer of one product but not a customer of another product,” he says.

As an initial consequence of the Bangladesh issue, RCBC’s service officers in the branches stopped selling products as a general practice.

“We made it clear that everybody now sells. The service officers, operation officers, tellers, they should sell, but we need to retrain them and we’ve started the retraining process. They are now part of our product briefings,” he says.

The branch of today is paperless and uses artificial intelligence to hasten processes, such as for opening an account.

“For example, more than 90 percent of our credit approvals are renewals, so we’re streamlining them such that RMs spend the least amount of time doing those things,” he says. “To make my RMs more productive, I’m cutting the chores in the bank and making sure they spend as much time in the field,” he says.

“We have so many leadership layers in this bank and I’m cutting one to two layers per group and moving those extra layers into customer-facing and sales roles,” Acevedo says. Doing so is seen to increase income and reduce cost.

Some branches will be closed and some will be combined to achieve optimal coverage, spread out footprint and end self-cannibalization in some areas.

The merger of RCBC and its thrift bank arm, RCBC Savings, is part of this.

When we say that Acevedo is on a beast mode, he aims to be the predator and not the prey.

This means that RCBC’s growth strategy can’t just be organic. Part of it will have to be acquisitive.

And just how much leeway does Acevedo have from RCBC’s shareholders led by the Yuchengco family to pursue this 10-point agenda?

“I think I have a professional board that follows global test practices in governance. Our owners focus most of their efforts on strategy, which the board rightfully should do. But I have pluses: Our owners assist us by providing their network, which enables us to get more customers and partners, plus I have the ability to work with 59 other businesses of the Yuchengco group of companies,” he says.