The challenge of vertical cities 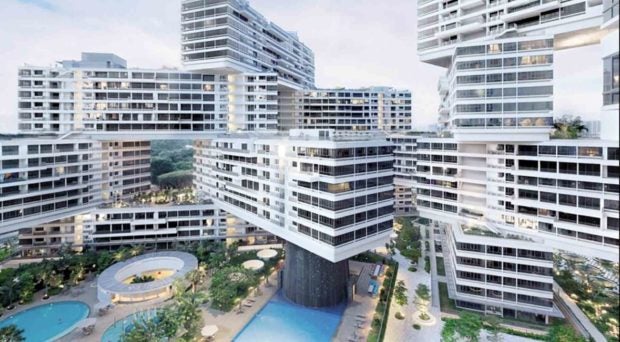 Rapid urbanization is a global megatrend. More than half of the world’s total population already live in cities. And by 2050, another 2.5 billion will be living in them.

Ninety percent of this increase will be concentrated in Asia and Africa. People are flocking to cities by as much as 60 persons per hour in some countries. And this tide of people moving to the cities from the hinterlands will continue. This is because cities, for all their flaws, generate economic productivity. Urban areas, which contribute as much as 80 percent of global GDP, serve as economic engines that generate higher output, creativity and efficiency brought about by the concentration of people and ideas.

At the same time, however, this phenomenon also creates tremendous strain on the city. Often, improvements in city infrastructure are outpaced by urban growth. Cities respond by increasing capacity to absorb growth—typically, by building taller. High rise development offsets rising land costs and absorbs demand for space. Architects often envision cities composed of super tall buildings. The rise to the top, however, is not without challenges.

The challenge in designing tall buildings is in lowering the incremental cost of building taller. Doing so will require innovations in structural design, vertical transport systems and mechanical electrical systems that will lower unit costs as buildings get taller.

The flipside is that risks associated with urbanization like disease, crime, environmental damage and vulnerability to disasters and social conflict also compound as density increases. Cities are also big consumers of resources and large generators of waste and carbon emissions. Paradigm shifts in the design of buildings are needed to limit the negative effects of urbanization while contributing to the improvement of society and individual well-being.

Tall buildings that are located in areas where land and construction costs are high raise concerns on affordability. A criticism of suburban sprawl is the proliferation of enclaves that cater to high income segments at the exclusion of the rest. Tall buildings also suffer from a similar flaw, as these are often affordable only to the affluent. A true vertical city is one where buildings are able to serve a larger cross-section of society and where inclusive space can exist several floors above the ground.

Achieving a sense of community in tall buildings is also a challenge due to the limited opportunities for congregation and social bonding. The concept of neighborhood in the context of high rise living is often lacking. But if rapid urbanization will push people to live in ever taller buildings, then these structures will need to counteract the tendency towards isolation and loss of social connectivity.

A way to make high-rise living more inclusive is to elevate the public realm through roof gardens or civic spaces in the upper levels of buildings. Others attempt to offer connectivity via bridges as seen in Marina Bay Sands or Petronas Towers.

With these connections, otherwise isolated towers become truly vertically-integrated developments. The ultimate success of a vertical city is when it creates socially-facilitative spaces within the buildings themselves, fostering community interaction.

Creative ideas from architects include mixed environments within several floors of buildings. Explorations on vertical agriculture can allow cities to also become hubs of agricultural productivity. Dr. Ken Yeang envisions the vertical city as urban blocks tilted on one end with parks, residential and commercial spaces.

Innovations in vertical transport will be necessary to move higher volumes of people. As buildings become taller, elevators will begin to take on the role of vertical mass transit. Advancement in high capacity, multi-directional elevator technology will enable the revolution in tall buildings, in the same way that Otis’ elevator prototype in the 1900s ushered the era of the skyscrapers.

Through innovations in structural design, vertical transport and people-centric design, a multi-layered city where inclusive space happens at multiple levels will be the next incarnation of tall buildings in an increasingly urban world.

The author is the principal of Joel Luna Planning and Design (JLPD). He is a registered architect and planner with extensive experience in masterplanning and property development.

Read Next
Shared privacy and the concept of co-living
EDITORS' PICK
House energy committee chair Arroyo bats for cheap electricity
Peeking inside the superb night camera features of the vivo V25 series
Do all the things you do, faster
Metro Manila now at moderate risk for COVID-19 — DOH
POGOs not linked to Illegal online gaming, says Pagcor
Pagasa: Storm Luis to exit PAR by Thursday
MOST READ
Remulla lambasts ICC chief prosecutor
Jean Garcia’s son Kotaro catches social media attention for being a V look-alike
Gov’t presses start to roll for 92 million ballots
Maxene Magalona on being asked why she has no kids: ‘It’s awkward, invasive, a bit rude’
Don't miss out on the latest news and information.