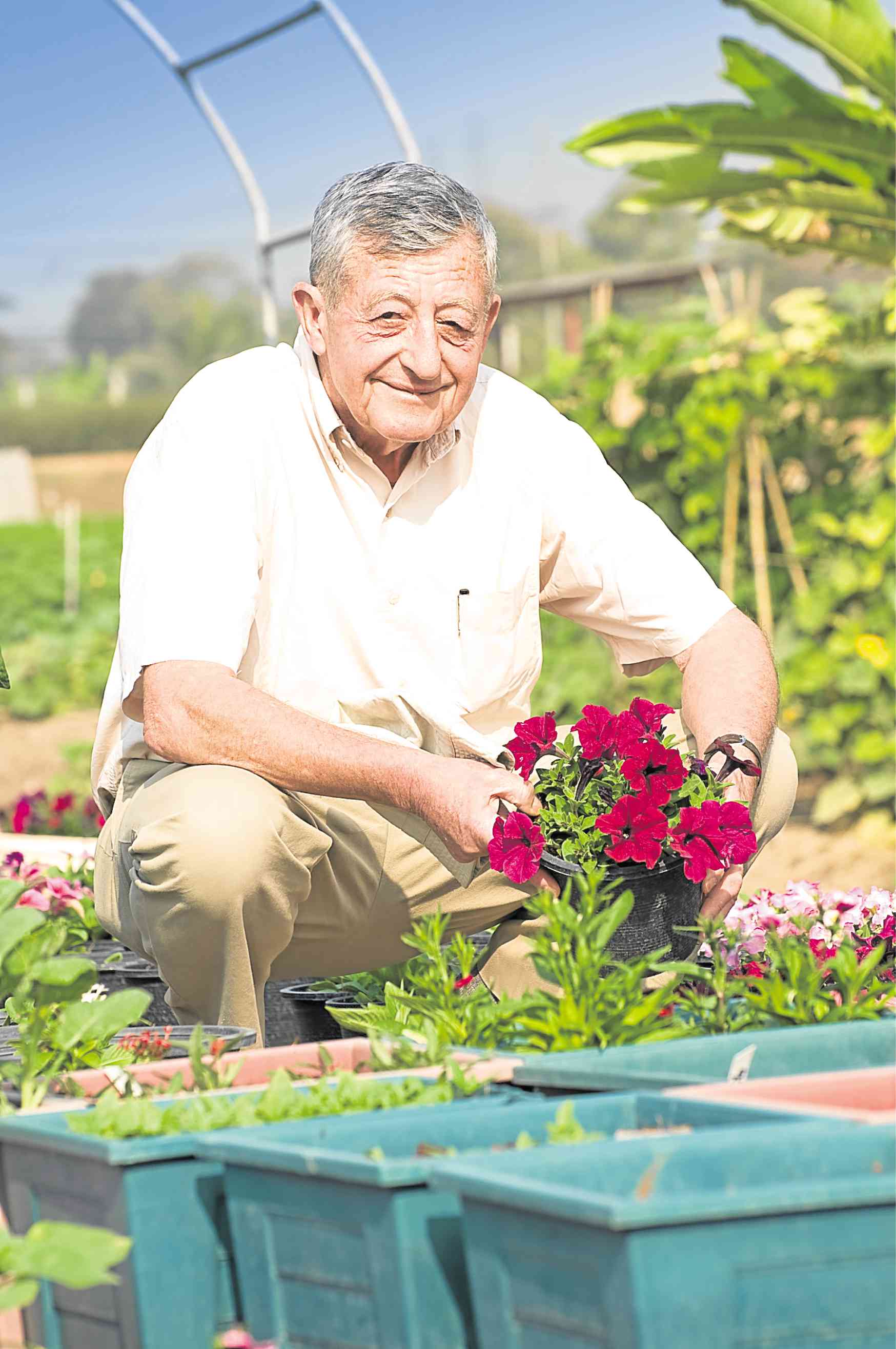 Google “Groot,” and the primary search results you’ll get are related to the lovable fictional tree-like superhero who guards the galaxy.

Reality, however, has another Groot, who, to smallholder farmers all over the world, is every bit the superhero, too.

He is Simon Groot, the Dutch founder of vegetable seed developer East-West Seed, a company that he started right here in the Philippines.

The name East-West Seed represents the partnership behind the company—that between Groot and local seed trader Benito Domingo.

Groot came to the country almost 40 years ago seeking to do business in the vegetable seed industry, and had with him knowledge of modern, European ways to do so—knowledge that would have been useless, had he not met Domingo.

“I am a lucky man. I bumped into the most suitable business partner I could find here. [Domingo] was an established person in the seed and vegetable trading business. He was also a farmer of Nueva Ejica—he knew the crops, he knew the science community of Los Baños, he had the connections in the right government institutions,” says Groot of East-West Seed’s former director, who passed away in 2018.

As if by some grand design, Groot is the recipient this year of two accolades coming from opposite sides of the globe: the 2019 World Food Prize, or the “Nobel Prize for Food,” which he will formally receive on Oct. 17 at Iowa State Capitol in Des Moines, United States, and an honorary Doctor of Laws  degree from the University of the Philippines Los Baños, which he received at the school’s recent graduation rites.

The World Food Prize is an international award that recognizes the achievements of individuals who have advanced human development by improving the quality, quantity or availability of food in the world.

UP’s honorary degree, on the other hand, is conferred upon individuals who have demonstrated “outstanding achievements in their  fields and exemplary service to their fellowmen.”

Groot’s agricultural know-how is rooted in his family background—he is a sixth-generation seedsman.

Born in 1934 in Enkhuizen, Netherlands, Groot’s great-great-great grandfather was known as a pioneer of the Dutch seed industry.

His family founded the seed company Sluis & Groot, which they managed up until 1981 when it was sold to a Swiss company named Sandoz, which later became Syngenta. 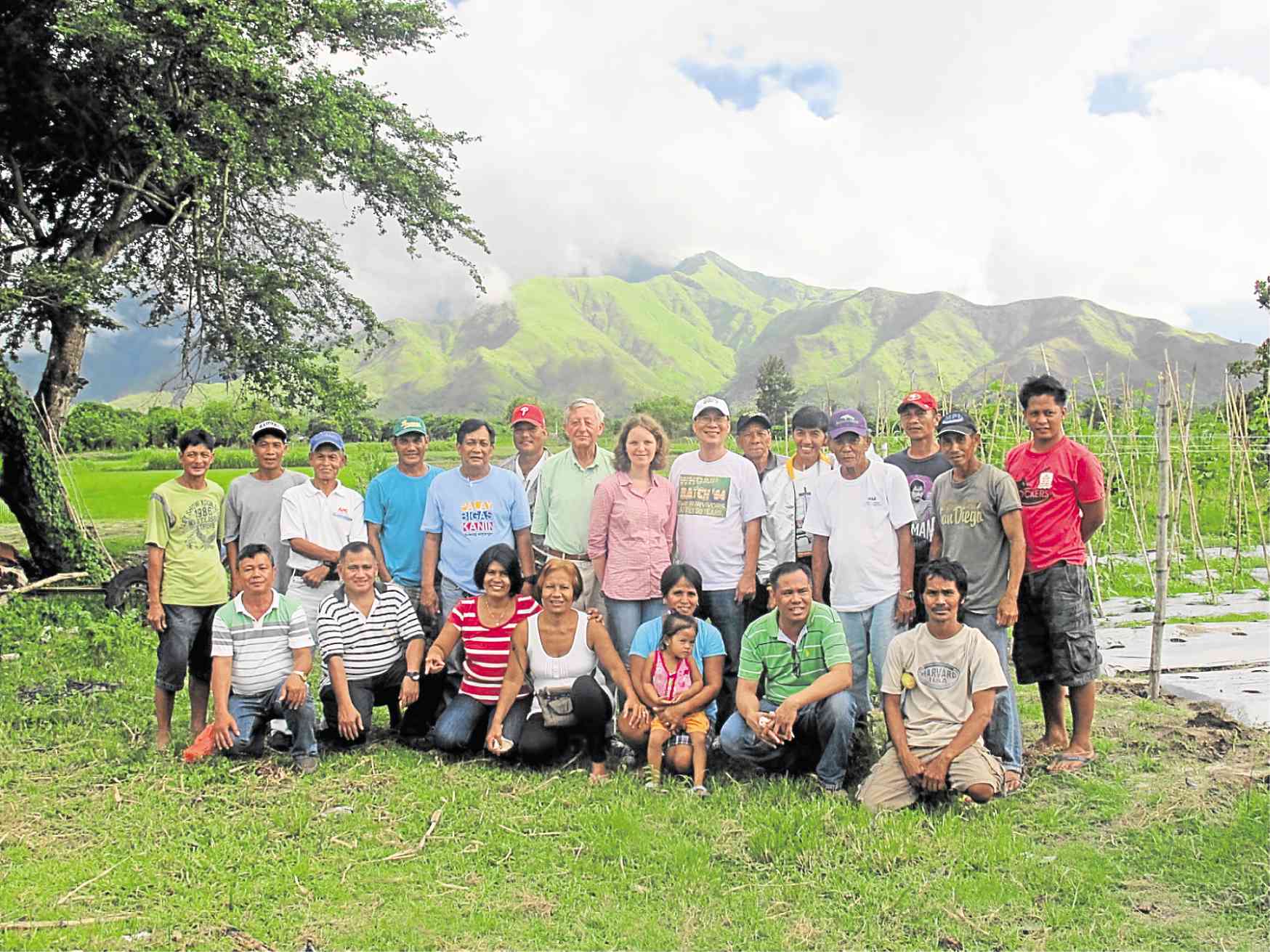 Simon Groot with a group of farmers in Zambales —CONTRIBUTED PHOTOS

Having graduated with a business economics degree from Erasmus University Rotterdam, Groot held the position of marketing manager at Sluis & Groot, which took him all around the world and exposed him to different innovations in plant breeding methods.

When the company was sold, Groot decided to go out on his own and explore Southeast Asia to see where he could make his vision—the region’s first vegetable seed breeding company—a reality.

“I came from a different world; I grew up in Holland, I traveled all over Europe and the United States, I learned about the seed business in the temperate world, and I found out that there are many ways to improve crops in the modern style that had not been done here,” Groot says. “Nobody had bothered to look at crop improvement in vegetables. So that was the challenge: How do we make the crops more profitable, easier to grow and better for the whole chain—the farmers, the traders, the consumers?”

As a Dutch man faced with language barriers in the countries he visited, it was here in the Philippines where Groot found, as he says, the perfect business partner, who not only had the right connections, but could also communicate better than his counterparts in other countries in the region.

With Domingo’s help, Groot says East-West Seed over the past four decades has established trust—the most important factor in vegetable seed trade.

“Seeds are a product of confidence. When a farmer buys a seed, he doesn’t see its quality right away; all seeds look alike. It’s only after three months after he plants the seed that he finds out if he a good one or a lousy one. I think that’s the real thing we have able to accomplish over all these years: We have become the reliable, trusted brand of Filipino farmers. It has been a very good relationship, and we learned it all here,” Groot says. “[The Philippines] was our learning ground on how to handle small, primitive markets, unlike the ones I was used to in the temperate world.”

Groot recalls one memorable crop disease that East-West had to fight in the early 2000s: a virus which Filipino farmers called “namamarako” (from the Filipino word “barako,” which is used to describe highly macho men), pertaining to how it affected the sex expression of the ampalaya (bitter gourd), by making it produce less female flowers and more male flowers, which meant less fruit.

“The value of the crop declined severely because of that virus, namamarako, and it would have killed the entire ampalaya farming industry in Cavite, had we not found a way to stop it,” Groot says.

East-West Seed, which started in a 5-hectare lot in Lipa City, Batangas province, now has 14 research and development establishments in six countries and 10 seed processing facilities in seven countries.

With over 5,000 employees in Asia, Africa and Latin America, the company exports seeds to over 60 countries in tropical areas of the world.

It is one of the largest seed companies globally, and this year was ranked No. 1 on the 2019 Global and Southeast Asia Seed Indices of the organization Access to Seeds, which measures the efforts of leading seed companies to enhance productivity of smallholder farmers.

Despite all East-West’s achievements, Groot seems hardly done with his work. Speaking to local journalists, he mentions the idea of a new “KKK,” or “Kangkong for Kids.”

“Our neighbors are doing it—it has become very big in Indonesia, Thailand and Vietnam—but we are still very behind when it comes to kangkong (water spinach) eating habits,” he adds.

He even mentioned kangkong in his speech at UPLB’s commencement ceremony, where he also called on today’s youth to do their part in furthering the country’s agricultural industry, especially for farmers, so that their hard work can be rewarded financially.

“This country and many others in tropical Asia and Africa need you,” Groot tells the graduates at the end of his speech—words that, hopefully, will inspire a new generation of vegetable seed breeders and traders to say, in a way, that “I am Groot,” and take up the cause started by a Dutchman who found a second home in the Philippines.