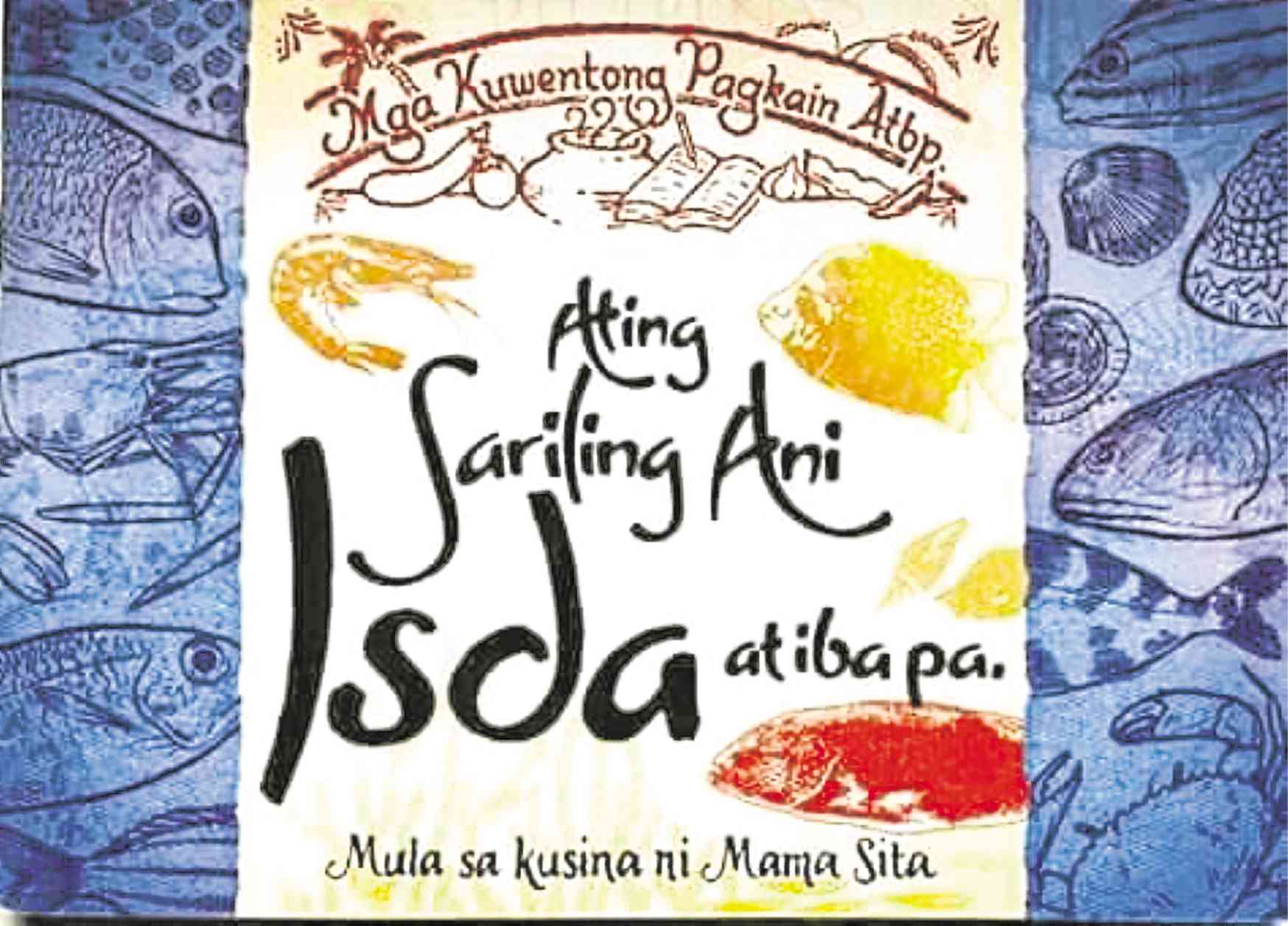 Writers may submit up to two entries of 800 words each under a pen name to [email protected] by Oct. 31, then separately e-mail information indicating pen name, real name, title of essay, e-mail, contact number and address.

The theme for this year’s competition is—fish.

“As with the previous topic fowl, we hope to get stories of different fishes, ways of cooking, research into the different kinds of fish,” explained Micky Fenix, one of the founders of the writing competition.

The competition aims to answer the question, “Is fish important in our food culture?”

I have yet to study the importance of fish in our food culture but after the controversies the past few weeks in Recto Bank, I know for sure that fish is of great importance to our economy.

To recall, last June 9, it was reported that a Chinese vessel hit a Filipino fishing boat and had it not been for the help of nearby Vietnamese fishermen who responded to their distress calls, the 22 Filipino fishermen aboard would certainly have died.

Immediately after the incident, Defense Secretary Delfin Lorenzana, Foreign Affairs Secretary Teodoro Locsin Jr. and even presidential spokesperson Salvador Panelo denounced the actions of those in the Chinese vessel for abandoning the Filipinos.

Panelo, calling the desertion “inhuman as it is barbaric.”

But a few days later, the President himself brushed off the allision as “a little maritime incident.”

He added later that the Chinese vessel did not ram but only sideswiped the Filipino vessel.

But the bigger question is: The area being part of the Philippines’ Exclusive Economic Zone (EEZ), why were the Chinese even fishing there?

Truly unpresidential, but perhaps Justice Carpio, with his unquestionable intelligence and wisdom, will just humorously see the unintended compliment in this regrettable comment: the last time the President called someone stupid, it was no less than God himself.

The President’s ire stems from the belief the Philippines does not have jurisdiction over its own EEZ because the Constitution is binding only within the territorial limits of the sovereignty promulgating the Constitution.

Former Senator Juan Ponce Enrile, a former Defense Secretary and former Justice Secretary, supported this. He  said in an interview that while the Philippines has a claim in Reed (Recto) Bank under the UN Convention on the Law of the Sea, those are “just claims.”

“To have sovereign authority,” he said, “it must be respected by all other countries.”

However, it can be said that the sovereign authority was gained by the Aquino administration when the Permanent Court of Arbitration (PCA) in the Hague ruled in 2016 that the Recto Bank was within the Philippine EEZ.

The only one who has not respected this decision? China.

Carpio has argued for our territorial integrity, citing Article 12, Section 2 of the Philippine Constitution, which declares: “The State shall protect the nation’s marine wealth in its archipelagic waters, territorial sea and exclusive economic zone and reserve its use and enjoyment exclusively to Filipino citizens.”

But even without having to be a hero or patriot, it is just good business sense not just for the fishermen but for our economy as a whole to ban the Chinese—and all other foreign vessels—from fishing in our EEZ so that the harvest from those waters go to the improvement of our gross domestic product.

As of 2018, our fisheries production was only at 4.35 million metric tons, growing embarrassingly low at less than 1 percent from 2017.

We can follow the lead of Indonesia, a country that has been in a similar situation. Their Minister for Fisheries and Maritime Affairs, Susi Pudjiastuti, has banned over 10,000 foreign-registered vessels from fishing in its waters, seized fishing vessels—including Chinese-owned—that were in their EEZ, classifying the acts of  “illegal, unregulated and unreported fishing” as a “transnational crime.”

The domestic catch of Indonesia is now at around 13 million tons.

We have so much potential in this field. According to the Philippine Statistics Authority, last year, Yellowfin tuna grew at 11.91 percent, round scad at 8.15 percent, bangus at 3.9 percent and tilapia at 3.25 percent. At Thaifex, Asia’s biggest international trade show for food and beverages, the demand for Philippine fish was great. Our problem is supply.

Mr. Duterte can muster incredible political will when he wants to. We have seen this in how he protected our OFWs.

Let’s hope the administration can show this kind of political will in protecting our territorial sovereignty.