According to a wide-ranging report from the International Wine and Spirits Research (IWSR) group out of the United Kingdom, overall global consumption of booze dipped slightly between 2017 and 2018 by about 2%. 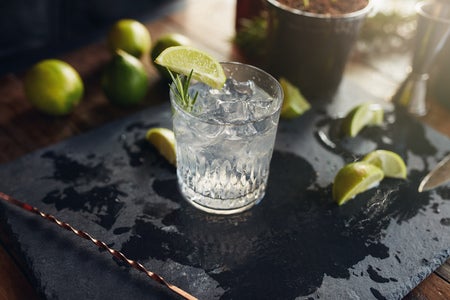 But that figure is an anomaly in trends, as analysts say global consumption is forecast to increase steadily over the next five years from 27.6 billion nine-liter cases in 2018 to 28.5 billion cases in 2023. In terms of value, that translates to a growth of 7% over the next five years from the $1 trillion (around P52 trillion) market in 2018, driven by demand for premium products.

Meanwhile, the category that saw the biggest growth last year was gin, which grew 8% over 2017, driven by the growing popularity of pink gin, the cocktail scene and the premiumization of the market.

Gin experienced its biggest growth in the U.K. at 33%, followed by the Philippines — the world’s largest gin market — which grew 8%.

Over the next five years, growth is predicted to be particularly strong in the U.K., Philippines, South Africa, Brazil, Uganda, Germany, Australia, Italy, Canada and France.

After gin, whiskey also experienced a strong year, recording a growth of 7%, thanks in large part to consumption in India, followed by a strong performance in Japan and the United States (8% and 5% respectively).

On the flip side, the losers last year included vodka, beer and wine, all of which experienced global declines of around 2%.

Here are the world’s fastest-growing alcohol markets around the world, forecast for the five-year period between 2018 to 2023:

From delivering beer to becoming the don of the streets