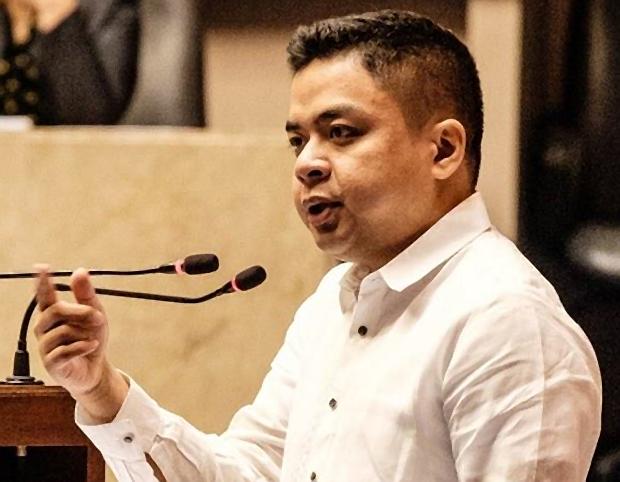 Aside from the CNOOC, the government-run Philippine National Oil Company-Exploration Corp. (PNOC-EC) and Jadestone Energy also farmed-in into the contract.

“With the new executive order, we expect that all third-parties interested in SC 57 should undergo a transparent competitive selection process in which the best offer of all third parties will be determined. CNOCC should have no preference in this process,” Ridon said.

Ridon added the order “essentially renders ineffective” existing joint venture agreements with the PNOC-EC, including the venture between the CNOOC and Jadestone Energy.

This, Ridon said, “should not have problems” with the CNOOC as it had previously pledged to go through a strict bidding process.

“It should be recalled that during the Aquino administration, CNOOC previously said that they are willing to undergo the strict bidding processes under previous rules in order to fast-track the awarding process,” Ridon said.

Ridon also called for the Department of Energy to check if the CNOOC and Jadestone Energy would have to go through a “new mechanism.”

“The energy department should disclose whether it will accord CNOOC and Jadestone original proponent status over SC 57, or whether they will have to undergo the new mechanism under the EO,” Ridon said, adding that the “PNOC-EC should also clarify whether they still own and control SC 57 given that no exploration work has ever been conducted in the concession area.”

Ridon added: “This is probably the reason why the energy department declared a force majeure condition on 12 January 2011. But it should be noted however that the juridical status of PNOC-EC is a nonchartered GOCC, such that it exists and operates as a completely separate and independent unit from government. Therefore, it is bound by existing rules governing the term of exploration concessions.”

Ridon also called for the selection process to remain similar to the existing joint venture process.

The convenor said competitive selection and challenge is the framework being used for joint ventures in development projects.

“We also expect that the new rules on third-party selection for oil deals should be similar to existing frameworks on joint ventures already being implemented on other projects,” Ridon said.

“This allows other prospective parties to challenge original proponents, if the offer made by another party is superior or more advantageous to the government particularly in terms of price,” he added.

Under the executive order, third parties can now participate in the service contracts awarded by the government to the PNOC-EC.

“In all cases, PNOC-EC shall enter into farm-in/farm-out agreements only with reputable, technically competent and financially capable entities,” the EO said.