Whatever happened to chef Rob Pengson? 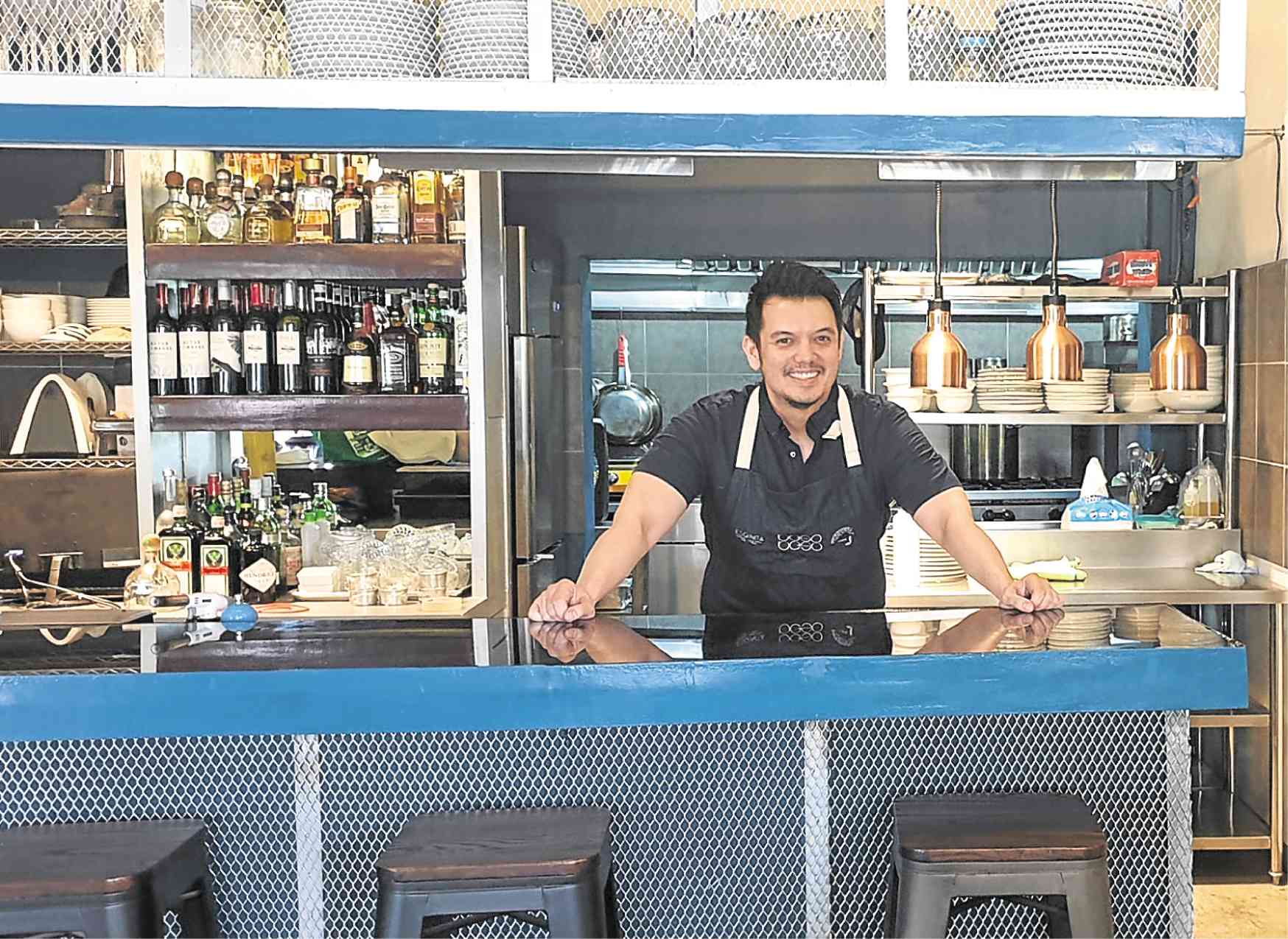 One of the first degustation restaurants in the Philippines was by Rob Pengson and Sunshine Puey called The Goose Station, a play on the word “degustation.” This was over a decade ago and while the restaurant was well received and even won a few international awards, alas, for a variety of reasons, Pengson had to give up his chef’s hat.

Since The Goose Station closed in 2016, people have been wondering what Pengson, famous in his own right with his fair share of television time, has been up to. I am happy to share, as I have just found out, that he has been up to a lot.

In the first months of his hiatus, he took the opportunity to grow as an individual: he enrolled in online courses. He chose some fancy ones too, and is now a proud holder of online course certificates in entrepreneurship, business management, business strategy and business analytics from Harvard, as well as an online digital marketing course from Wharton.

Realizing that being an educator is also his calling, he founded two schools: Integra Management Institute, a business school that specializes in B2B (business to business) training, and Aleanza, which focuses on the culinary arts. He proudly shares the schools now have at least 200 students.

Integra, according to the chef, specializes in entrepreneurship, finance, digital marketing, management and leadership.

Aleanza, on the other hand, caters to restaurant professionals servicing the international hospitality industry.

He personally teaches courses in entrepreneurship, finance and management. He also spearheads a unique program at Aleanza: a six-day boot camp where students create a brand that they execute and sell in just six days.

These are all laudable ventures that will certainly mold aspiring chefs and restaurateurs.

But chef Rob is quick to clarify that his first love is still cooking. “Being able to offer education is important to me because it helps me ‘build lives.’ But it’s food that makes me happy.”

So after two years, he has opened not just one, not two, but three new restaurants in Poblacion, the Instagram-worthy, hipster, resto-bar “district” behind Rockwell now stretching all the way to Makati Avenue.

Pengson found a place on P. Guanzon Street, near A. Venue, that he has divided into three sections, thus creating three restaurants, each with its own concept.

One is a Filipino restaurant, the second is Spanish, and the third, opening this May, is Japanese. Besides being his favorites, he chose these three cuisines because they are the most popular cuisines in the Philippines, based on a survey conducted in his business school.

The Filipino restaurant is Esqinita (“correctly misspelled without the letter ‘u’”). It is inspired by the Filipino karinderya (neighborhood eatery) but, as the fine dining expert could not help himself, he inputted twists in the menu. 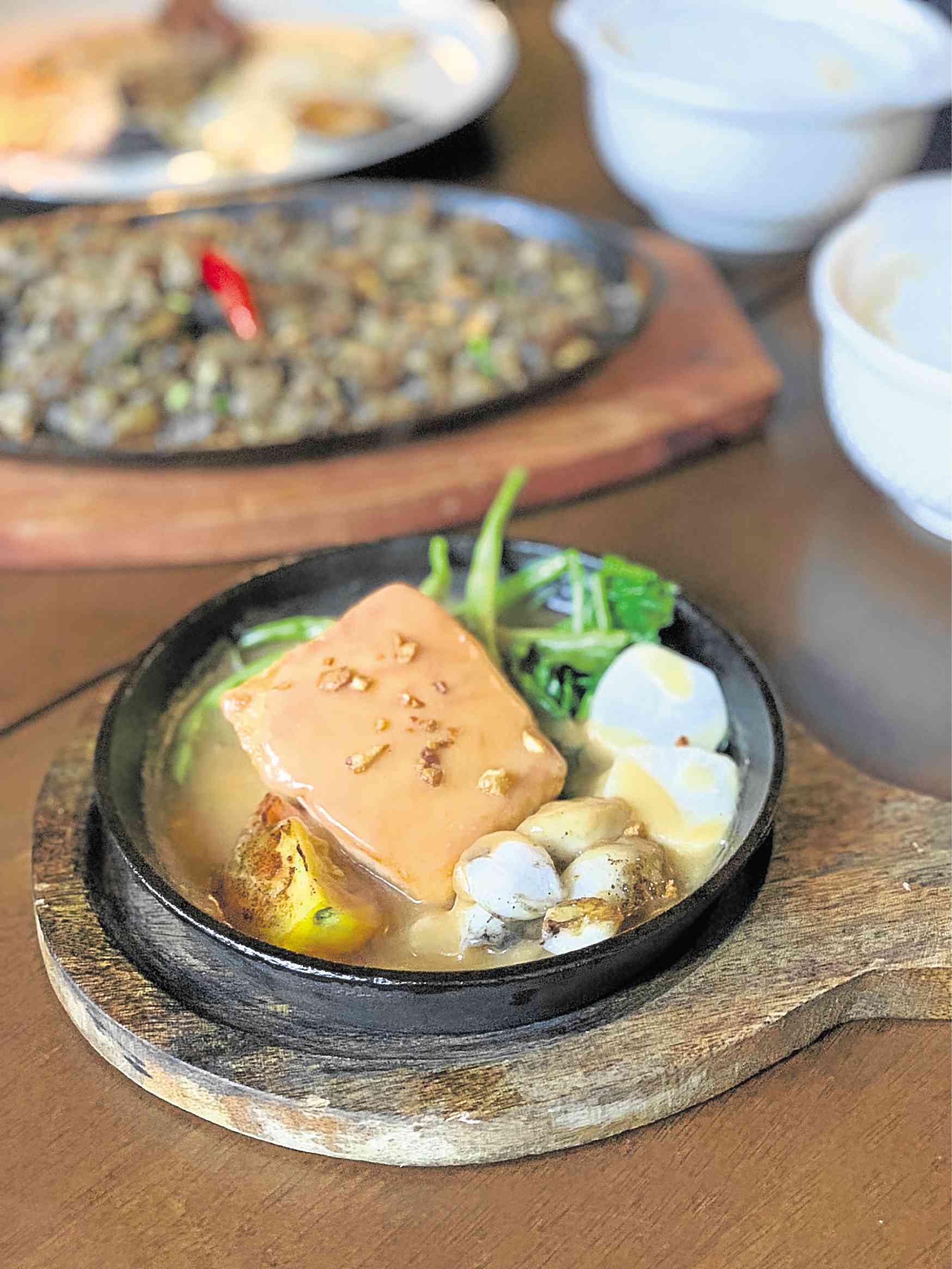 For sinigang, for instance, he offers a slab of salmon with sauce that is sour as sinigang goes but it is by no means a dish that can be categorized as the sinigang soup that we know. He also emphasizes the dishes are healthier versions of Filipino faves, i.e., there is, in general, no added sugar and all ingredients are fresh.
Filipino street food

To be honest, I am personally averse to refining and/or redefining Filipino street food. I like our street food, cafeteria food and jolly jeep food in all their ghetto glory, with all the oil, sugar and maybe even a dash of MSG that comes with it. As the new Taylor Swift song goes, “I’m the only one of me; baby that’s the fun of me!” All that lard is part of the fun.

But “modern” cooking is Pengson’s signature and so he sticks to this formula. In fact, all three restaurants have tasting or pre-fixed menus.

It is in Beso Beso, the Spanish restaurant, where you will find the Rob Pengson that wowed us 10 years ago albeit in a far more casual, affordable setting. At the moment, he has a 10-course tasting menu pop-up featuring his take on Spanish tapas. This will run until April 30.

The menu opens with a tuna kilawin (ceviche) ornamented with caviar. After that dainty presentation of 2015’s most popular dish, he moves on to a classic Spanish must-try, a Huevos Rotos presented in a cocktail glass. Be sure to dig in for a pleasurable scoop of the “broken eggs.”

Then to counter the savoriness of the huevos, he presents gambas refreshingly, with an almost Thai influence, presented with coconut and cilantro, and roe for color and saltiness. It’s a lovely sequence of pretty plates and flavors.

Then there is a build up to bolder flavors for your mains: sea bass with sea urchin and lamb on a bed of fabada. The show ends with a collage of Filipino desserts, an interpretation of halo-halo incorporating suman (sticky rice).

Mind you, Beso Beso is different from The Goose Station that we knew: the mood is chill, not stuffy; the ambiance is casual and hipster, not chic and collected; the music is pop; and the prices are much easier on the pocket. But the degustation presents a good menu and I hope that they extend it after April 30.

At this point, though, I think Pengson is still treading too carefully, sticking to market-tested recipes, and pandering to what customers like instead of being the leader and telling them what they should like. The menu contains songs we’ve heard before so I want to shake him up and tell him that as one of the pioneers of degustation dining in the country, he is in a position to tell people about flavors that they do not know about and educate them not only in business and management but in taste, culture, experiences.

Don’t be shy, chef. Artists make their mark not for their conformity but for their individuality.

While he is doubling as an academician now, I hope chef Rob will find inspiration to once again be a madman in the kitchen; and not just put on his entrepreneur’s hat and cater to the formula of serving “what people like.”

I still remember the Rizal menu—a modern French menu inspired by the writings of Filipino national hero Jose Rizal—that he served at The Goose Station and how it was so inspired. I hope he finds this fire again to give his hungry customers not just a Beso Beso but a passionate, mind-blowing French kiss.

For now, I shall consider Beso Beso a teaser … as we eagerly await this talented chef’s big comeback.

Esqinita / Beso Beso / Moto. 4988 P. Guanzon St., Poblacion, Makati. For reservations and inquiries, call (0917)-1745862. Open 5 p.m. onwards. There is parking enough for only two cars, so park at A. Venue then it’s a 3-5 minute walk. At the moment, they only accept cash. Not all outlets are wheelchair accessible. Visit @besobesoph and @esquinitaph on Instagram. For info on schools, catering and other ventures, visit chefrobph.com.