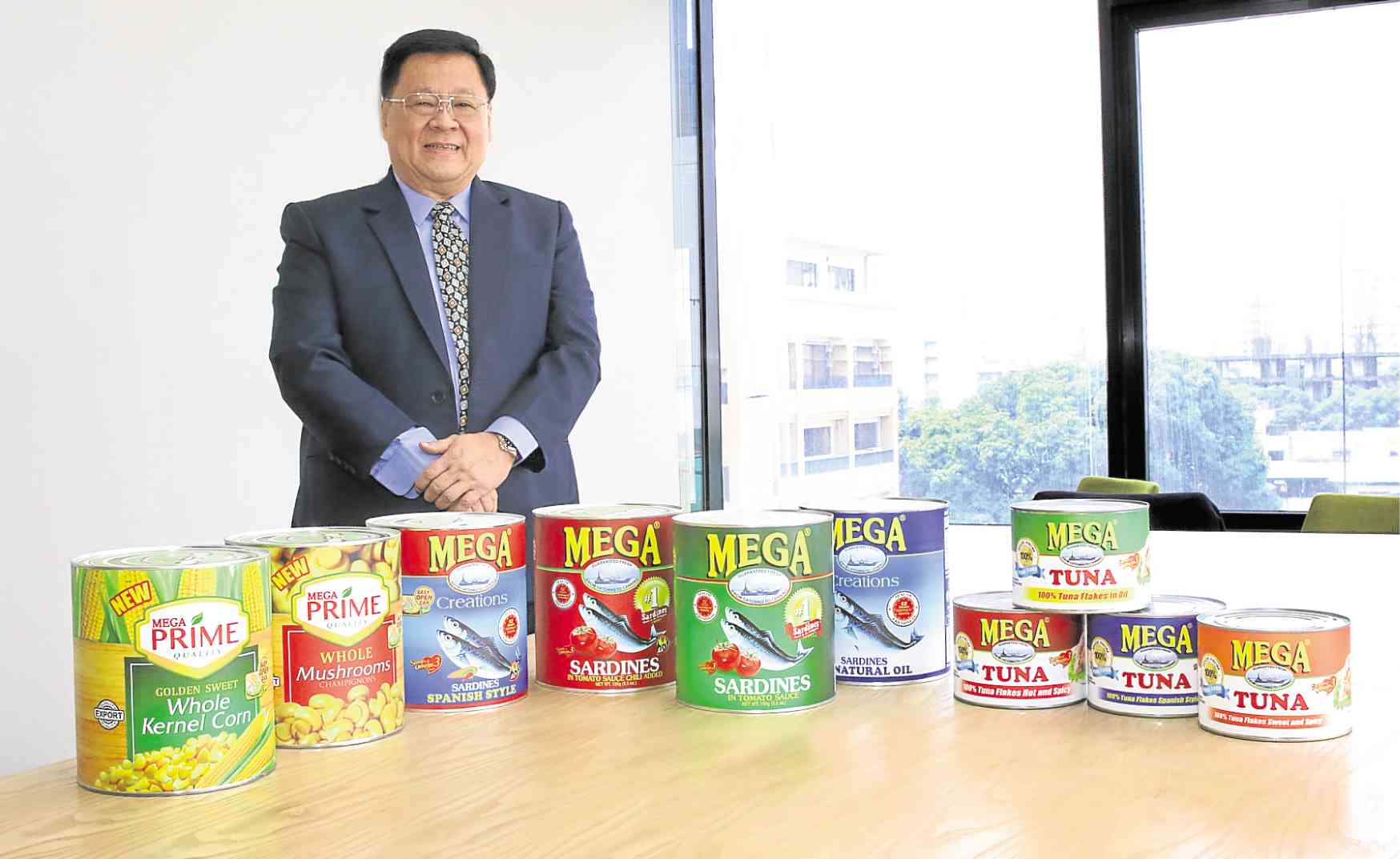 William Tiu Lim was just in his early 20s when he ventured into the fishing business, using capital that he and his then girlfriend had pooled from a number of small businesses.

Lim told the Inquirer that he was inspired by his then girlfriend’s (now wife’s) family, whose business involved hauling commercial fish such as sardines.

“I took a close look at their fishing vessels and saw that they were old, yet they were still making some money. I thought then that if I used newer vessels, then maybe I could make more money, so I went to the construction of the fishing vessels,” said Lim, who was looking for a challenge outside the family’s haberdashery.

The business set up in 1972 was called Wilmar Fishing—after William and Marilou, whom he married in 1975, which was also when Mega Global was established.

Their fledgling business immediately ran into rough waters, struggling with inconsistent catch and operational problems, and the inevitable breakdown of the vessel.

Those years were the “tuition” that he had to pay, said Lim, who lost a lot of weight during the first three weeks they were operating the business as he struggled to get rid of seasickness.

“Once there is a breakdown, that’s it, so we had to spread the risk. We needed to go big to bring down overhead costs,” he said.

But just when they were able to expand their fleet, a particularly strong typhoon sank three of their four vessels.

When the typhoon blew over, Lim said he and his wife assembled the 100 or so employees and asked them for help in making a crucial decision. Should they continue with the fishing business and build on just one vessel, or should they just close it down and go into other ventures?

Surprisingly, the employees told them to stay the course, that they can start over even with just one vessel. They wanted to remain in business.

“With that kind of encouragement from the people, we could not back down. We could not quit. We had to continue. We simply could not let our people down,” said Lim.

With renewed sense of purpose, the Lims put their one ship out to sea and was able to eventually generate enough revenue from it to salvage one vessel.

The next year, it put back into operation another one, and then another one the next year. In four years, the fleet was up to four and as luck would have it, catch was plentiful during those years to give the couple back enough of a financial cushion to recover what they had lost.

They were also helped out by creditors, who allowed them to restructure their loans so that they would have enough cash left over after servicing their debt.

Lim is proud to say that they have never missed a payment to their creditors, even during the darkest of times.

Looking back, he said they would not have been able to recover were it not for the unwavering commitment of their people.

“That was the inspiration, the commitment of the people to not give up. With that kind of an attitude, how can you let them down? We strove to only get better. So we all worked harder and we were able to do more, be more,” Lim said.

A turning point came in 1985 when they decided to leave Masbate for Zamboanga, where the potential catch is substantial and stable, unlike in Masbate, where the volume can swing wildly from day to day.

It was also in Zamboanga where Lim got the idea to diversify from mere commercial fishing to branding and retailing of the fish itself, under the Mega trade name.

It was an ideal place to set up the canning, distribution and retail operations since it was near the fishing grounds and it had enough infrastructure to allow it to ship the catch quickly, thus ensuring freshness.

It has been a rocky journey full of ups and downs for the Mega Global group that began in shipping in 1975 to grow into a leading manufacturer and distributor of sardines and other canned goods, with brands Mega Sardines, Mega Tuna, Mega Creations and Mega Prime.

Mega Global today is present in 38 countries, and employs over 3,000 people. It owns 70 fishing vessels and two canning plants.

The group started developing the Mega brand in 1999, chosen for its connotation of power and strength, which the group and the people behind it have in spades, thanks to a journey that has taken them through peaks and troughs.

Today, according to a Nielsen survey, the Mega brand is the leading brand in the Philippines that loves sardines with consumption pegged at roughly 100 million cans a month.

“Being the No. 1 is already good, but we want to go really global. We want a Filipino brand to be globally known, another one that Filipinos can be proud of,” said Lim, who has transferred some of the burden of running the business to his children, although he still plays a role in setting the direction for the company.

One of the plans that the group is pursuing, for example, is further innovating its product line and going into more export markets so that the share of sales overseas will increase from the current level of just 5 percent, and the rest coming from the Philippines.

For the Philippines, the marching order for the family is to secure their hold on market leadership considering the competition in the market.

“We are the No. 1 brand based on the Nielsen survey for the past three years. The goal is make the gap between us and the competition even larger,” he said.

Read Next
Le Cordon Bleu finally lands in the Philippines
EDITORS' PICK
‘A greener, cleaner tomorrow’: A how-to guide for Filipinos who want to help with today’s energy crisis
China expands lockdowns to 25M people to halt viral outbreak
SM continues to send relief assistance to remote towns in Batangas
Get exciting deals and discounts when you download the new McDonald’s App
5-year-old Chinese boy in Cebu tests negative for novel coronavirus
DOH: Second person ‘under investigation’ for 2019-nCoV in Tacloban City
MOST READ
Philippines orders 12 helicopters from Russia—Duterte
Dina Bonnevie on Coney Reyes: We have forgiven each other
172 Chinese tourists arrive in Bohol
Taal Volcano flexes signs of restiveness anew
Don't miss out on the latest news and information.

No stopping of cruise ships’ arrival in Subic amid coronavirus alert