Dominguez: Chinese debt trap doomsayers have ‘no faith in own country’ 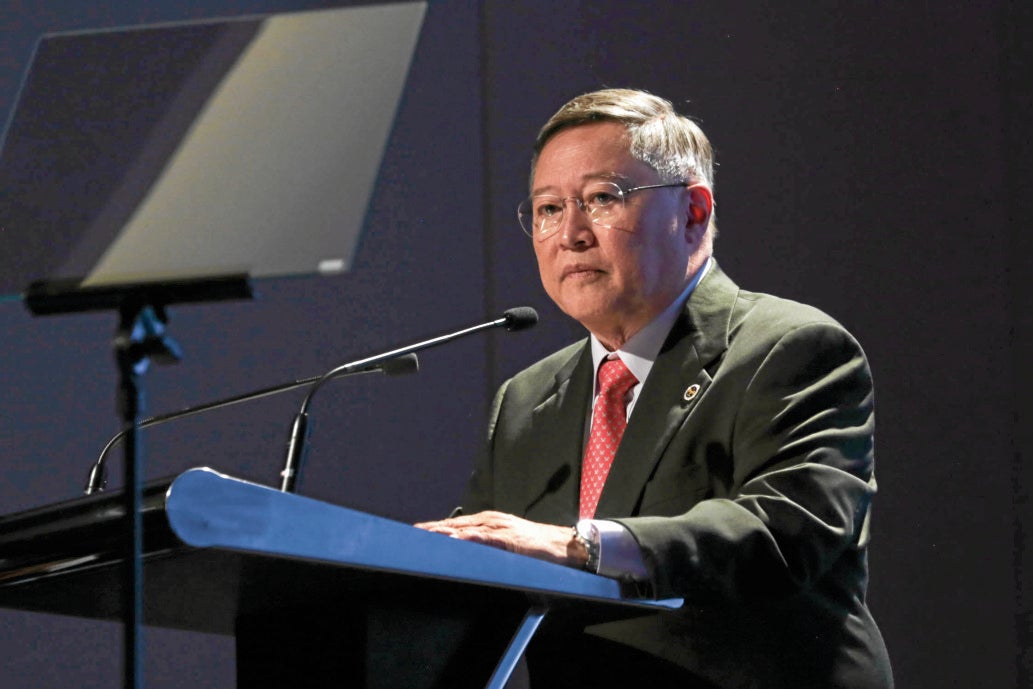 MANILA, Philippines — “You of no faith to your country” was Department of Finance (DOF) Secretary Carlos G. Dominguez III’s retort to critics fearing government won’t be able to pay the money it borrowed from China for big-ticket infrastructure projects under its ambitious “Build, Build, Build” program.

Dominguez was agriculture and agrarian reform secretary during the time of former President Corazon Aquino, hence was in the know about the state of the country’s finances post-Marcos era.

According to Dominguez, “even when the Philippines was cash-strapped, it had never defaulted on any of its loans.” He then recalled that the country paid its dues for the mothballed $2.2-billion Bataan Nuclear Power Plant, even as he noted that it became a “white elephant.”

Also, Dominguez maintained that there was “no collateral involved in the loans that the government has entered into with any country,” urging the public to scrutinize all of the loan agreements entered into by the Duterte administration. Copies of the agreements were posted on the Department of Finance (DOF) website.

Dominguez earlier said “the Philippines will not fall into a ‘debt trap’,” citing that “in conformity with the Constitution and our laws, none of the pipeline projects funded with official development assistance (ODA) from countries like Japan and China allow for the appropriation or takeover of domestic assets in the event of failure to pay, which is unlikely.”

“The government’s borrowing program remains very conservative in the sense that we only borrow to invest in projects that will generate economic gains which are greater than the borrowing cost. No infrastructure project is funded through ODA without going through a rigorous system of reviews and approvals by the Cabinet and the President, and unless there is certainty that the project is economically viable and highly beneficial for the Filipino people,” Dominguez said.

“The government’s debt is carefully structured to ensure that it does not borrow without raising its own capital for infrastructure projects, while at the same time sourcing a significant portion of financing from the local debt market to minimize exposure to adverse external factors,” he added.

Based on the latest National Economic and Development Authority (Neda) documents, of the 37 “Build, Build, Build” projects already approved by the Neda Board chaired by President Rodrigo Duterte as of January 31 this year, 12 big-ticket infrastructure will be rolled out through loans and grants from China.

Those in the pipeline included a total of 75 projects aimed at ushering in “the golden age of infrastructure.”

According to DOF, despite what seemed to be a big difference in rates at face value, recent loans from China, Japan, and South Korea were slapped almost the same level of interest rates when converted to their US dollar value.

On its website, DOF listed down the nine loan agreements entered into by the Duterte administration thus far, including $62.09 million for the P4.37-billion Chico River Pump Irrigation Project, and $211.21 million for the P12.2-billion New Centennial Water Source-Kaliwa Dam borrowed from the Export-Import Bank of China. Both Chinese loans were US dollar-denominated.

DOF noted the Chinese funding for Kaliwa Dam was a sovereign-guaranteed loan borrowed by the state-run Metropolitan Waterworks and Sewerage System (MWSS).

The government also borrowed $40.7 billion from the World Bank and $23.9 billion from its Clean Technology Fund for the P5.46-billion Metro Manila Bus Rapid Transit (BRT)-Line 1.

As for the Metro Manila BRT, the interest was a larger 3.82 percent for the World Bank-funded component on top of 0.75 percent for the amount coming from its Clean Technology Fund.

Based on DOF’s computations, if the Japanese loans were offered in US dollars, the equivalent fixed US dollar rates would range between 1.47 percent for the Pasig-Marikina River channel improvement and 2.88 percent for the Cavite flood control.

DOF said the equivalent US dollar interest rates for the Japanese and South Korean loans were “estimated by calculating the US dollar swap fixed rate on a notional currency swap using the approximate average loan maturity, and market information available at signing date.”

Based on DOF’s calculations, all nine loans had equivalent fixed US dollar rates lower than the comparable interest rates had the government instead borrowed through the issuance of global bonds to finance the projects, such that these loan agreements were “considered favorable to contract.”

Last month, DOF Assistant Secretary and spokesperson Antonio Joselito G. Lambino II said the government chooses which denomination to borrow in based on various factors, such as what the lender puts on the table, the foreign exchange depreciation risk over the life of the loan, and the prevailing market of the currency, among other considerations.

Carpio fact-checks Dominguez: Philippines had defaulted on its loans