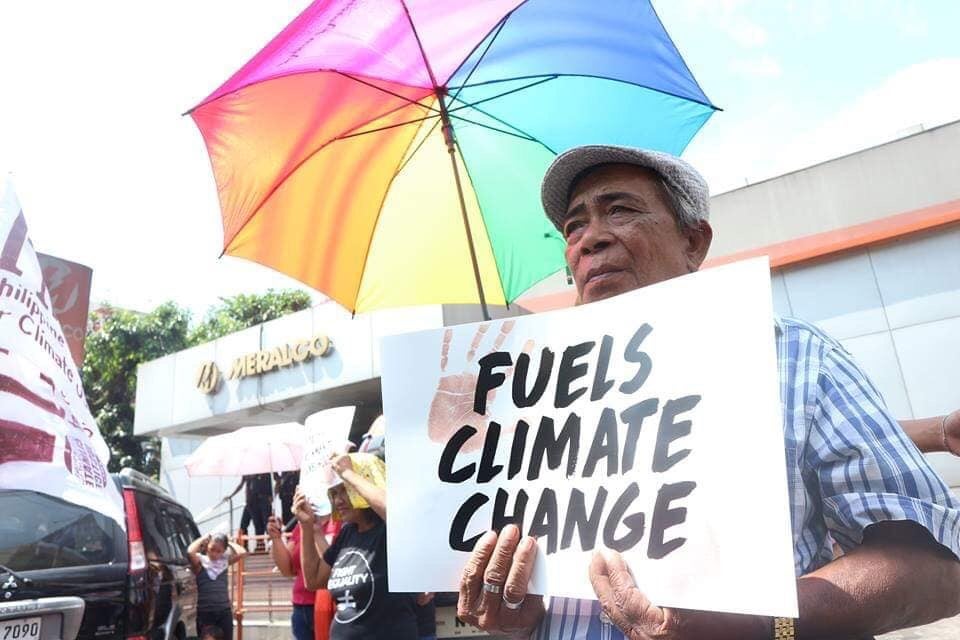 QUEZON CITY – Manila Electric Company (Meralco) consumers on Ash Wednesday held a rally to condemn the company for its alleged ‘sins’ against the consumers, demanding the overdue refund from Meralco’s overcharging.

The Power for People (P4P) Coalition, a network of power consumers, civil society organizations, and advocacy groups, cited the order issued by the Energy Regulatory Commission (ERC) to use unclaimed tax refund to reduce power rates.

The ERC order is in accordance with the Supreme Court ruling which found that Meralco overcharged its over three million consumers for several years by passing on to customers its income tax.

“It has been 17 years since the order to refund the P10.8 billion worth of overcharged payments was issued, and yet P4.41 billion of this amount still remains with Meralco as of September 2018,” said Atty. Avril De Torres of the Center for Energy, Ecology and Development.

“On top of this, Meralco has failed to disclose an update on the status of the refund and publicly release the names of customers who are still entitled to claim the refund,” De Torres added.

As part of their “Malinis at Murang Kuryente” Campaign, P4P member organizations from different sectors, including consumers, energy and power advocates from across Metro Manila temporarily dumped ash in front of the building as a reminder of “Meralco’s sins against consumers, communities and the environment.

“This Ash Wednesday, many Filipinos are reflecting on their sins and seeking repentance for them,” said Ian Rivera of the Philippine Movement for Climate Justice, COnvenor of the P4P Coalition. “We want Meralco to not only do the same, but make up for their transgressions through delivering clean, affordable electricity to their consumers.”

The Coalition scored Meralco’s core income growth from P20.213 billion in 2017 to P22.4 billion in 2018, while the price of electricity remains high, and energy distributed to consumers rely heavily on coal.

“Not only are we paying for Meralco’s massive earnings with our hard-earned money, coal-affected communities are also paying for their unabashed support for fossil fuels with their health and the destruction of their environment,” said Rivera.

At present, Meralco has seven more coal power supply agreements (PSAs) amounting to 3.5 GW of coal still pending in the Energy Regulatory Commission (ERC) due to consumer’s resistance against their approval.

De Torres noted that it is necessary for Meralco to comply with the order “with urgency,” given that the refund is not only “overdue” but needed following the many power hikes to be faced in the future by consumers.

“The month of February saw a hike of by P0.5782 per kilowatt hour (kWh), which meant that a typical household consuming 200 kWh has to pay an estimated P114 more for electricity,” said Atty. De Torres. “This is due to the rise of the cost of electricity from plants operating under the power supply agreements (PSAs) and the wholesale electricity spot market,” she explained.

“With many of Meralco’s PSAs relying on coal, which has been rising in cost, and the consumption level to go significantly with the impending summer season, the bills charged to the ordinary consumer will only go higher,” De Torres said.