Days of the old bureaucracy over 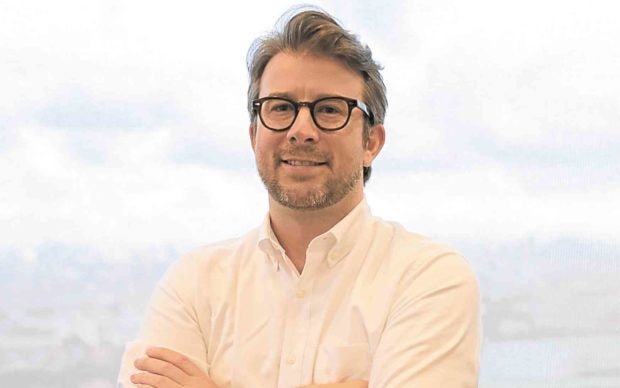 When Golden ABC started, it operated under a system similar to what other corporations of its size and scope followed in the late 1980s—there was a rigid table of organization, a strict hierarchy and decisions were largely made at the top and then cascaded and executed down the chain of command.

And the system has proven to be beneficial to the group, which has grown from a Cebu-based, single-brand company into a multi-awarded retail powerhouse with operations here and abroad and thriving brands including the flagship Penshoppe, Oxygen, ForMe, Regatta, Tyler and the direct selling firm Red Logo.

But what got it to where it is today, Golden ABC founder and CEO Bernie Liu feels may not be what will drive it into the future.

This explains the group’s continuing massive investments not just in the retail operations but in its other core asset, its people—from top management to the rank and file who will together determine Golden ABC’s next level of success.

Tapped to help Golden ABC better prepare itself to compete in an increasingly volatile, unpredictable, changing and adaptable world is Aaron Dignan, a management consultant, author and speaker who emphasized during recent meetings with top management of the Golden ABC group that the era of the immovable bureaucracy is over.

That system that was developed and perfected during the industrial revolution was mainly about control and about making the people more efficient so that the factory can produce more goods at the least cost.

But in the digital age, where changes are happening at lightning speed, the organization—ultimately the people—has to be more dynamic—decisions have to be made faster, lest the company fall by the wayside.

In this kind of a scenario, it is imperative for companies to develop a dynamic workplace where decisions need not always come from the very top.

It is likewise ideal for the individuals to be able to work well in groups that can cut across disciplines and can be formed and reformed according to specific needs, be it the launch of a new brand, the execution of a new marketing campaign, or expansion into new countries or categories.

That the organization has to change from the top down is an idea that is not difficult to appreciate, but one of the most difficult truths to get accustomed to is the speed at which even the best laid plans can be upended.

There was a time not too long ago, says Dignan, who has advised leaders of global brands such as GE, American Express, Pepsico, and the Bill and Melinda Gates Foundation on their future in an unpredictable world, when companies can afford to have an abundantly detailed one-year plan, and they can rest with some assurance that as long as the execution is done smoothly, they will be prepared for any eventuality that may come along in the next 12 months.

These days, that horizon has become far too long.

Dignan says that today, companies have to be prepared to change plans perhaps every three months. To use an analogy, it will be like steering a boat practically every minute instead of just once every year. Given the rough waters out there, the choice is clear.

He says it is also important to get rid of the “culture of hesitancy,” especially in the Philippines where people are not used to being so direct in their language. Most would rather say yes, even if they actually mean no.

Such a culture will not help a company act fast when opportunities arise or threats surface as people will not be saying what they know to be true just so they won’t offend anyone, especially superiors in an established bureaucracy.

A healthy culture of giving and receiving feedback is what is more important to be cultivated, he says, so that the company will be ready and able to change course as soon as anyone sees danger signs appear on the horizon.

“Bureaucracy builds up over time, you add layer upon layer of boundaries and restrictions. Suddenly, it becomes difficult to move,” he says, adding that during culture transformation sessions, he would usually ask the staff members to name one thing in their company that does not work well, or what they would like to change if they had the power to do so.

Invariably, many of the suggestions presented were simple solutions to what were initially thought to be complex problems, thus contributing to making the companies more efficient and productive.

As he says, sometimes bureaucracy becomes its own problem and the weight and the layers of control actually prevent good ideas from bubbling to the surface.

He also makes a clear distinction between “complex” and “complicated.”

Complicated refers more to a watch, where there is a straight line that connects a problem with the solution, even if it is “complicated” like putting together an expensive Swiss watch. Complex, meanwhile, is like weather or traffic, where there are too many factors at play, too much chaos for anyone to be able to predict what will happen to the last parameter.

Navigating through the corporate waters today will require complex rather than complicated solutions, thus will call for greater and faster collaboration among people and groups in a fast-growing organization.

Collaboration, however, can be a painful exercise if not everyone is on the same page, with individuals perhaps bogged down by personality or even generational differences, especially today when it is not unusual to find workers from four generations working the same place, from the baby boomers to the generation Z at the lowest rungs of the organization.

Top management can make that collaboration more of a reality than a dream by providing that space for these groups to get together, especially during planning. Having a culture of listening to each other and keeping an open mind and acceptance of different tools, styles and preferred technologies can help.