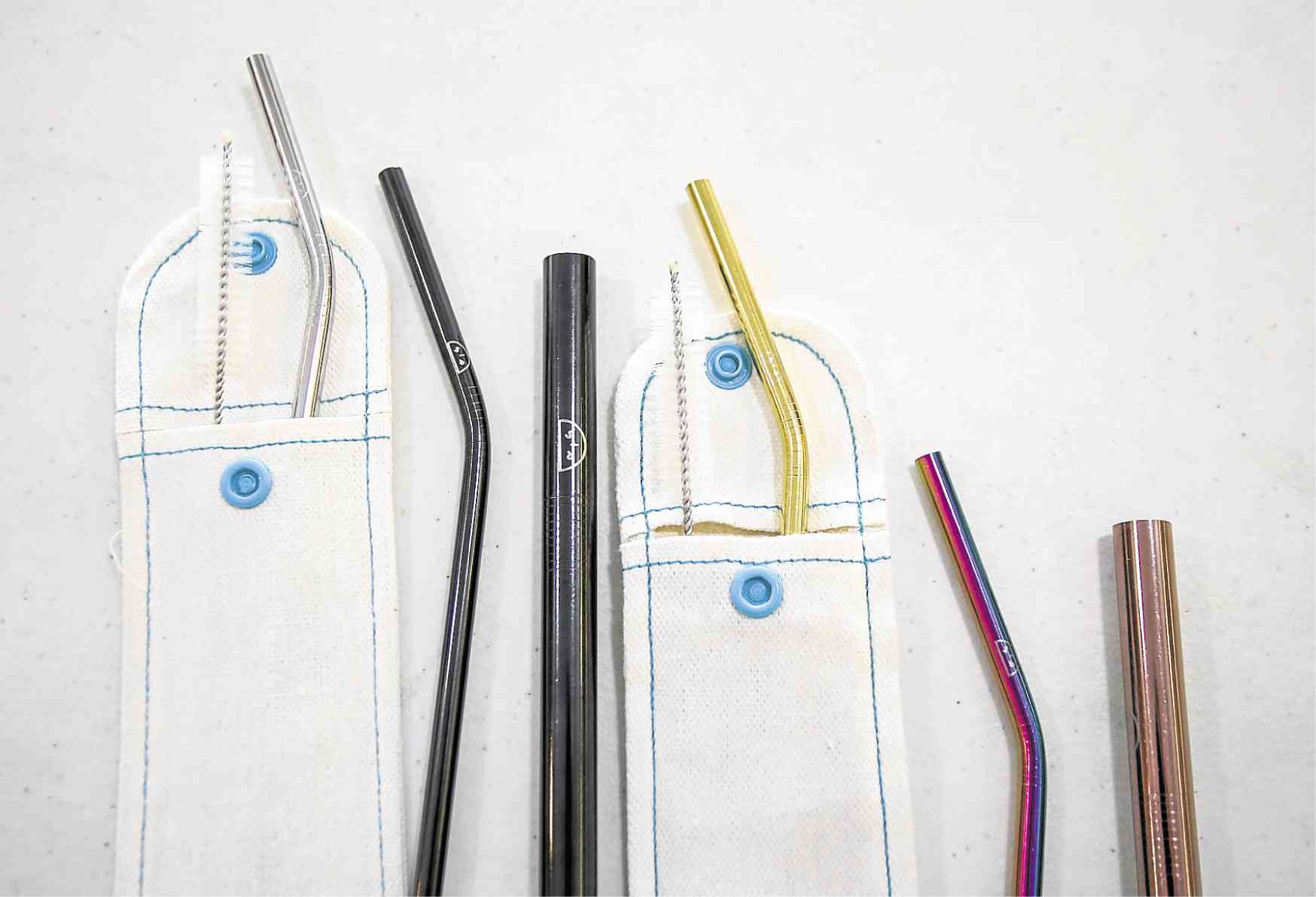 That’s one way to describe the advocacy behind Sip PH, the local social enterprise that “champions waste management solutions for the people and the planet” by selling reusable metal straws, cutlery and drink containers. The company’s chief “exsiputive” officer Pocholo Espina, in fact, says using plastic isn’t totally bad, especially in situations where there is simply no alternative.

“Plastic has its advantages, and should be utilized as much as possible,” says Espina. “Syringes, for example, are toxic single-use plastic waste, but because of its health benefits, it can’t easily be replaced.” 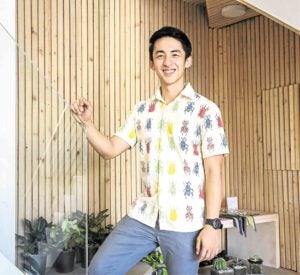 What he did find replaceable when he decided to put up Sip PH three years ago were plastic straws, something Espina realized during trips abroad, where he would go diving or mountain climbing. He admits seeing the metal straws being sold elsewhere, but what Espina did was create a product that was friendlier to Pinoys’ budgets, among other things.

“It frustrated me that [metal straws being sold then] were either crazy expensive (P500 for four straws), hard to clean or wrapped in plastic. And being a person who really does something when frustrated, I took it upon myself to do something about it,” Espina recalls. “I decided that Sip would be a company that aspired to completely eliminate plastic straws, and inspired people to choose an alternative. To me, metal was one of the most effective ones, as it is very durable and recyclable.”

Sip PH’s straws are sold for just P120 to P400 each, depending on the set one chooses (there are individual and multiple straw sets). They all come with a brush for cleaning, and are packed inside a canvas pouch. The company has also recently opened a retail space called Loop, which sells, alongside the straws, bamboo cutlery sets and a stainless steel tumbler akin to the popular Klean Kanteen (but more affordable). Loop officially opened in November 2018 along Roces Avenue in Quezon City.

“The reception has been really great. Our customers are really happy with the concept. They’re thrilled that there is now a one-stop shop for improving your eco-friendly lifestyle, and that they can see the items first before deciding to purchase,” says Sip PH’s business development director Angela del Rosario. “I think the best part, however, is that it really feels like your friendly community store where customers don’t come in to just buy something; they end up staying and talking about the frustrations and joy of creating a better world for everyone.” 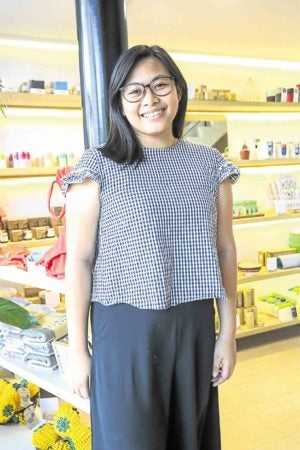 It’s a sentiment that’s perfectly aligned with Sip PH’s mission: a Filipino enterprise that champions waste management solutions for the people and the planet.

“My values were formed to really look beyond the usual, and to do more not just for oneself, but also for others,” says Espina. “Most of my environmentalism stems from being exposed to the world and seeing its beauty deteriorating because of what we are doing to it.

People often say that the disease of the planet is not global warming, but the existence of humans. We need to create a world that is more sustainable, that balances both consumerism and the effects it creates to the people and the planet around us.”

Espina does emphasize, however, that going zero waste is easier said than done, and so encourages his fellow Filipinos to take things one step at a time. The easiest one can take, he says, is to go back to the three Rs—reduce, reuse, recycle, in that order.

“If you think about it, nobody was talking about straws in 2016, but look at where we are today. There is hope, and every effort that we take makes that even greater,” Espina adds. Sip PH also has a nonprofit arm called The Last Straw, which is focused on enabling businesses to become greener, starting with the disuse or reduction of plastic straws in their respective establishments. They also hold educational community engagement activities, such as helping boost an ordinance in Barangay Loyola Heights banning specific single-use plastics. Since it’s inception, The Last Straw has partnered with 31 establishments that either have no straws at all, use reusable straws or serve them only upon request.

As for growth plans, Espina says the company plans to expand its reach across the country, especially in provinces where waste management practices are still uncommon. They’re also going global, with the aim of creating distribution networks through key partners in regional hubs such as Japan, Singapore and Hong Kong.

Espina says they will be choosing distributors aligned with their advocacy to ensure that the brand’s educational aspect remains unaffected.

“For the US brand, we aim to launch the rest of the global operations by setting up an actual branch there. The United States is also one of the areas where plastic use is also really high, so it’s really a significant area to tackle,” Espina says.