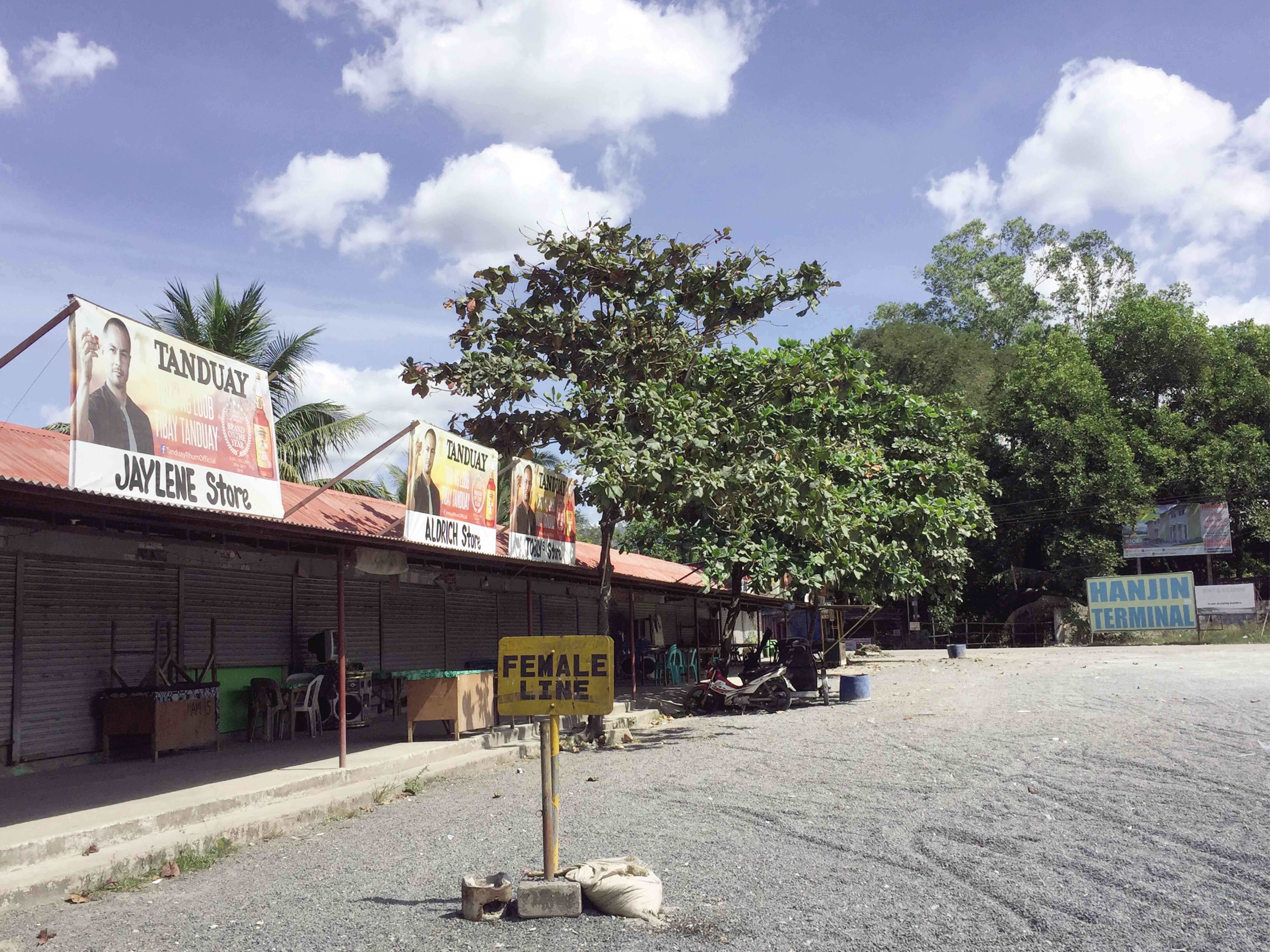 CASTILLEJOS, Zambales — Owners of small businesses catering mostly to workers of Hanjin Heavy Industries and Construction-Philippines have closed shop as the South Korean shipbuilding company suffers from its worst financial crisis in years.

A food stall owner, Vanessa Rapera, 33, used to serve 100 Hanjin workers, earning at least P1,000 daily. But since the company began laying off workers last month, Rapera said she was forced to close her business.

“We’ve got no more customers here so we decided to just close our food stall,” she told the Inquirer.

Nene Regojos, who operates an eatery at Hanjin bus terminal, said her business suffered “huge losses” due to the retrenchment of workers.

A dormitory that houses 300 workers near the bus terminal has been empty since December but the owner said it would remain open to accept boarders from other companies.

The company has offered a voluntary severance package for workers to cut costs.

She said the retrenchment package was “not too bad.” “Since rumors spread about the drop in new orders, we prepared ourselves,” she said.

Alinabon worked for Hanjin for four years and was among those who received severance pay under the second batch of the retrenchment.

“I still believe that Hanjin will rise above the challenges,” she added.

John Beltran, who was among the retrenched employees last month, said he chose to leave the company “to find better opportunities.”

Subic Mayor Jefferson Khonghun said Hanjin’s situation would affect not just the workers but also the communities and businesses in the town.

He said his office had been providing assistance to the retrenched workers. “For now, we can do so little about it, we need help from the national government,” he said.

Zenaida Angara-Campita, director of the Department of Labor and Employment in Central Luzon, said the decision of an Olongapo City Regional Trial Court that allowed the financial rehabilitation of Hanijn had saved at least 3,800 workers.

“It may not need to retrench workers if the company finds new investors and contracts,” she said.

The 3,800 workers included 50 Koreans who were employed by 21 subcontractors. Their working days have been reduced.

Should they be retrenched, workers will get separation pay equivalent to one-month salary per year of service, according to Labor Secretary Silvestre Bello III. —Reports from Joanna Aglibot and Tonette Orejas