To be Yang at heart 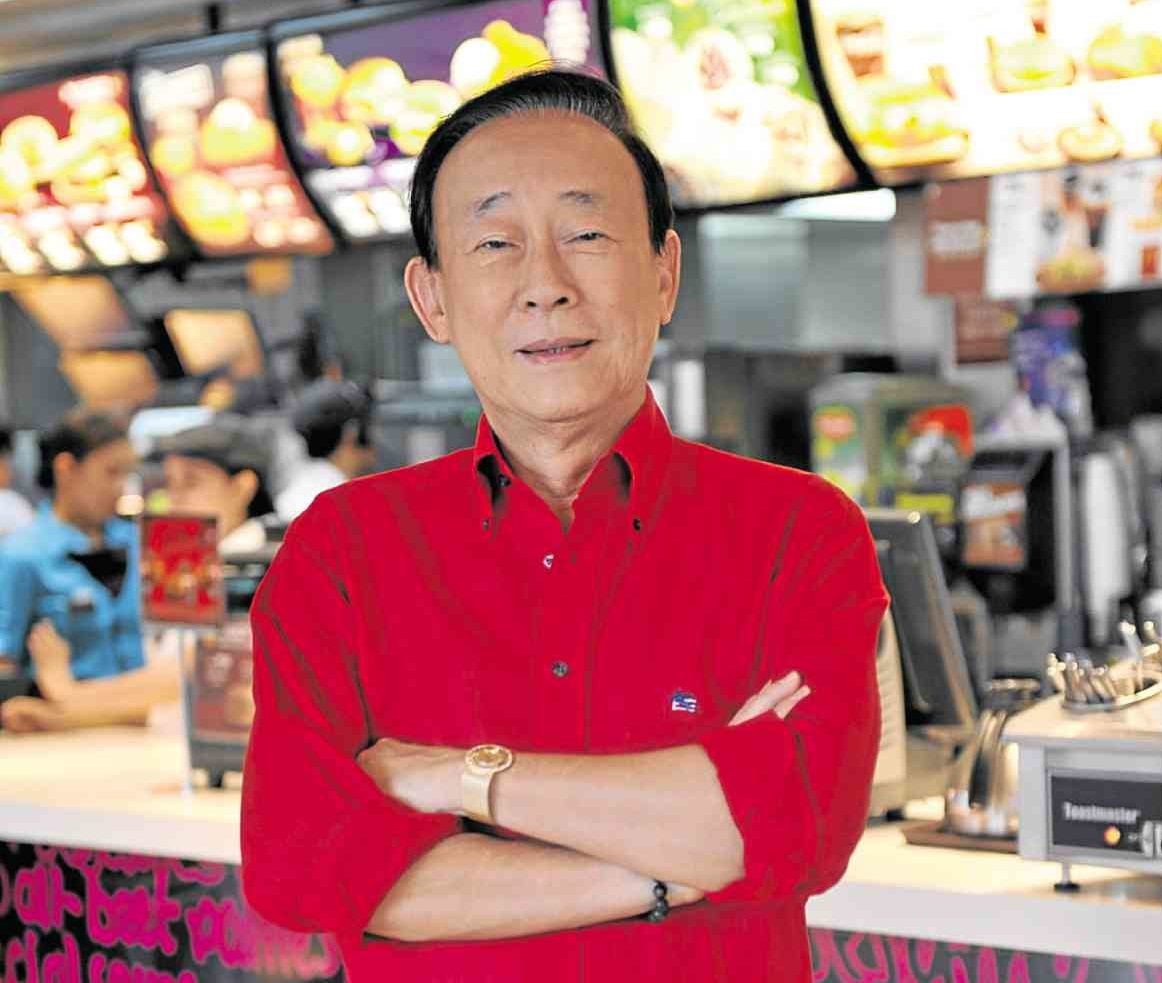 If he’s not in the head office of McDonald’s master franchise holder Golden Arches Development Corp. looking at the latest numbers posted by the over 600 McDonald’s branches nationwide, he is talking to his son and colleagues about the latest daycare facility being put up by Ronald McDonald House Charities.

And if he’s not doing that, he is talking to another son about real estate development, or discussing with artists the latest concert to be mounted by Klassik Music Foundation.

At 78, George T. Yang certainly has a lot on his plate.

But Yang, who still goes to work every day, cannot imagine living a less hectic life.

Thus while most of his contemporaries are relaxing or traveling around the world, he is putting in the hours building ventures such as First Georgetown from the ground up, similar to what he did when he brought McDonald’s to the Philippines in 1981.

“We need to diversify also because whether you like it or not, I do not own the McDonald’s brand. The US owns the brand. Although, we think we can go on as long as we want,” Yang tells the Inquirer in an interview.

He describes First Georgetown as “not a very big business,” although it is already racking up a list of completed real estate development projects under the Eleve brand.

Real estate development is quite a change of pace for Yang, who retired from the day-to-day operations of McDonald’s Philippines in 2005.

That was when Golden Arches became fully owned by Filipinos after the partnership deal with Andrew Tan’s Alliance Global Inc.

It was also then that his son, Kenneth, took over as managing director.

“The company’s growth really started then. My son has been training for that position for quite some time. But he started as a crew member, like me,” Yang says.

Yang has remained as chair of the company and he describes himself as “more involved than normal” for a person in his position.

“On a daily basis, my son comes to my office and we discuss things. In a broad way, I know what is going on in the new things we are doing. I just give my opinion. I would call, especially, the finance guy. I will see the numbers. I have to know the numbers. We’re in the business. We have to be profitable so we can do a lot of things,” he says.

And one of these worthwhile projects is the Ronald McDonald Bahay Bulilit, which aims to provide low-income families a safe environment where children aged two to five years old can learn and play.

The more profitable McDonald’s is in the Philippines, the more daycare centers it can put up.

And at the rate McDonald’s is expanding, there is reason to believe that the daycare network will expand quickly from the 30 today.

This is thanks to the work of the employees, all of whom are regular workers, Yang says with pride.

It would have been cheaper to go another route, but Yang says doing so never crossed his mind.

To him, having a team of happy, motivated employees made good business sense.

“Two months ago, we had this celebration where I awarded a few employees [who have been with us] for 35 years. They have grown with the company. We have many people who started as crew members and moved up the ranks,” says Yang, “It is just our policy.”

“To be honest, we thought about [contractualization], but it does not fit the image of what we stand for—happiness, fairness, opportunity, family.”

Yang brought this policy of fairness and building a family culture in the workplace to his other ventures, like real estate under First Georgetown Ventures.

“My first real estate project was in Tagaytay, a good 27 hectares. I made some money and after that I said, I’m old, I should not continue. But when I see all of these things growing, I am motivated. I should continue,” Yang says.

His sons have inherited his pioneering spirit.

One son has taken over the reins of Golden Arches, the other helps him in his real estate venture while another has his own food company, operating such franchise concepts as Chili’s, Nanbantei and Salvatore Cuomo. His daughter, meanwhile, is concentrating on her family.

Running a business is not as romantic as people seem to think.

Far from it, he says, especially these days when consumers have too many choices, disposable income is getting squeezed by high prices and rent is skyrocketing to the point that some concepts just earn enough to pay for their operations, with little to no profit.

“Their business may be good but they’re killed by rent. But if you really believe in your product, go for it,” advises Yang, who went through many low points that almost made him quit.

Patience and persistence carried him through the “very, very bad times,” he says, along with pride and a sense of honor.

Similar to how he entered the real estate business quite late, it was also only recently when he started singing seriously, and he has made up for lost time.

When he did his first CD, he thought it was just going to be for his grandchildren, so that they would one day say that their grandfather knew how to sing.

Fortunately, he did not stop there.

“God gave me a new talent. So I said, I should give back. I started getting interested in good music. I heard [opera singers] sing in conservatories and it takes them years to study, even more than a bachelor’s degree. Then there are those who want to sing but have no money for training,” says Yang.

KMF has so far helped some 30 students undergo voice lessons. It has also mounted concerts to encourage more Filipinos to appreciate the opera.

Yang can only wish for more than 24 hours in a day for him to fulfill all of his plans.

But at this stage, he just thanks the universe for giving him good health to continue at his pace even at 78-going-79.

For the indefatigable Yang, there is nothing like work to keep one feeling and looking young.

Read Next
Carrie can have her calamansi cupcake and eat it, too
EDITORS' PICK
‘No harm’ in presence of military tanks during pandemic — Cebu City mayor
Smart releases Hyun Bin’s second TVC
Remulla: Amcara of Channel 43 is ABS-CBN’s ‘dummy’
EuroMillions Superdraw: A lottery draw unlike any other is coming to the Philippines
DepEd, CHED asked to ‘initiate academic freeze’ until virus mass testing is conducted
Smart sweeps Opensignal’s Mobile Experience awards in Cebu
MOST READ
COVID-19 cases in PH hit 38,805 with 294 new infections
‘Best size’ to make women orgasm is 8 inches, study finds
Remulla: Amcara of Channel 43 is ABS-CBN’s ‘dummy’
Lawmakers hit ‘very unfair’ NTC orders vs ABS-CBN
Don't miss out on the latest news and information.