How great thou arte? 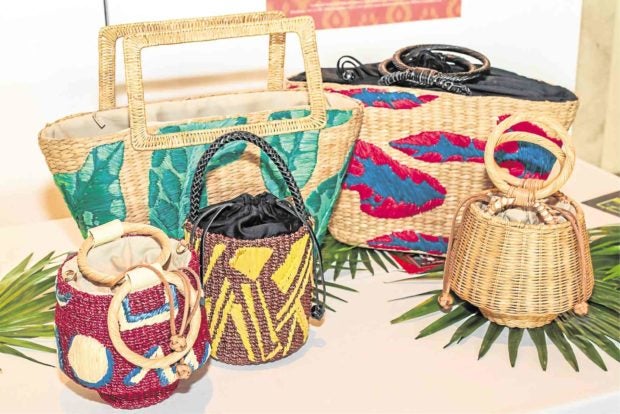 While digital drives the growth of many new businesses, a young Filipino fashion and furniture brand is taking on a different direction—by investing in human touch.

That brand is Good Luck, Humans, established by Apol Massebieau. The name itself is an ode to humanity, says Massebieau.

“My goal is to create all kinds of products using hand-sewing techniques, because I feel there is real value in working with your hands. And I think people are always looking for things that are made by, well, humans,” she adds.

While her business is only a couple of years old, Massebieau says she has been a crafter all her life.

“I’ve been sewing since I can remember, since I was 6 or 7 years old. I’d make stuffed toys, give them to my cousins during Christmas,” recalls Massebieau. “I was a super crafter. I’d go to raves in clothes I made myself, shirts with my own designs.” 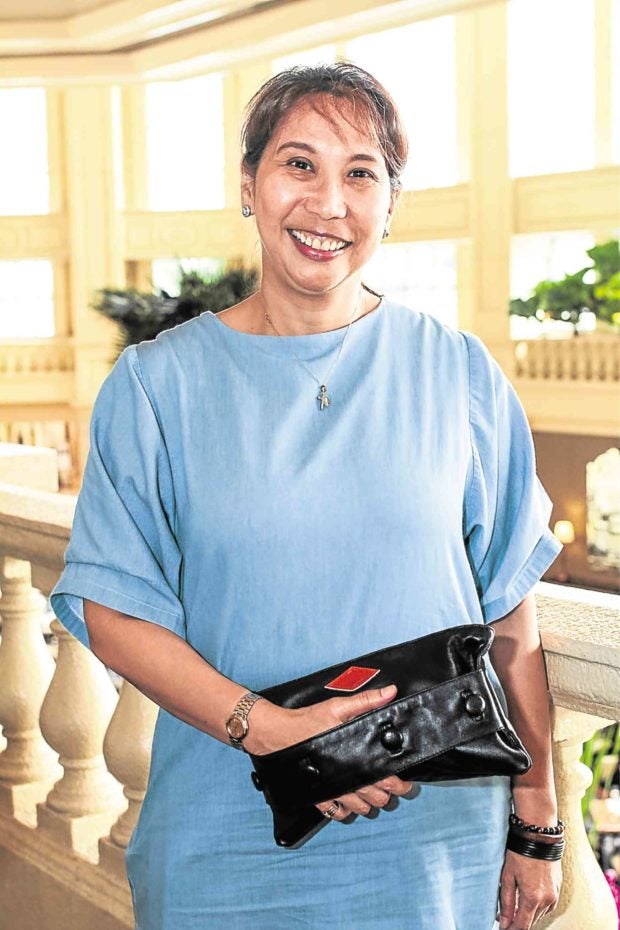 Then as a young professional working in the magazine industry, Massebieau says her sewing stopped because of her busy schedule; instead she made jewelry and sold her wares at weekend bazaars. She only went back to sewing and dived into her crafting business full-time in 2007, she says, after she got married and moved to France with her husband.

“I was one of the early adopters of [online shop] Etsy. I put up La Pomme, and it sort of became a cult favorite. I did a lot of decorative items for the home,” Massebieau says.

The sewing techniques she developed working on her items for La Pomme eventually paved the way for Good Luck, Humans, says Massebieau, when she and her family moved back here a few years ago.

What makes her creations unique are the “lucky buttons,” small balls of fabric stuffed with fiberfill, which Massebieau invented herself. These buttons are the main component of all her items—from bags to clothing to furniture. From a team of one, Massebieau now has a group of 10 sewers in her hometown of Las Piñas, all of whom came from urban poor communities. 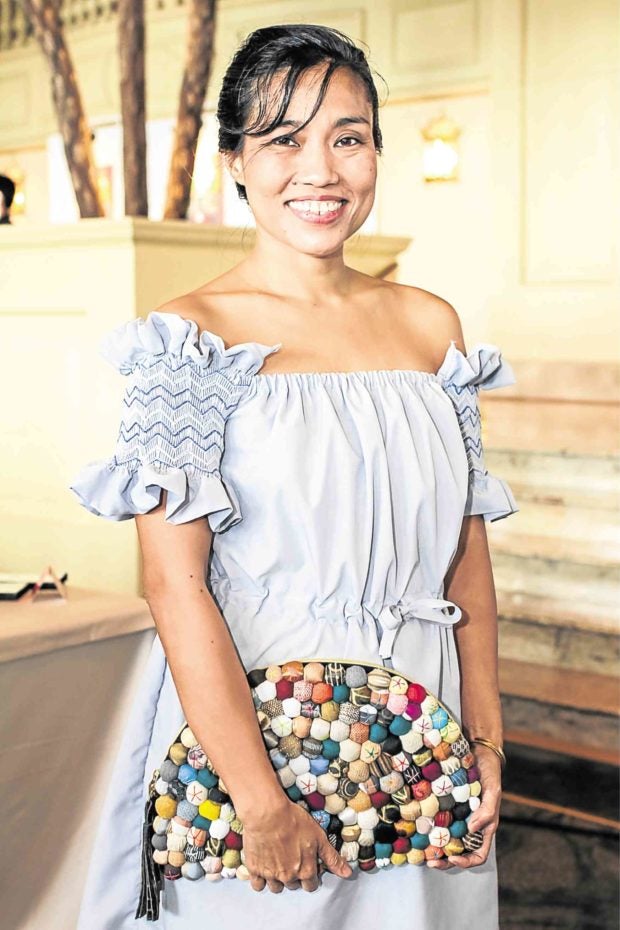 Massebieau also works with freelance sewers from her father’s province, Batangas, whom she recently employed to do hand-smocked clothing for her newest line—which on Aug. 10-12 will be one of the quirkier finds at the annual MaArte Fair at The Peninsula Manila. Good Luck, Humans is one of the over 50 exhibitors at the annual fundraiser of the Museum Foundation of the Philippines, Inc. (MFPI).

A new addition to this year’s MaArte is the “Pinoy Man Cave,” or a section that features products “for the Filipino gentleman.” One of the main exhibitors in the Man Cave—which will be on The Pen’s second floor—is the recently launched Cosimo Leathersmiths, which creates bags from “upcycled” old leather jackets.

While a new brand, much like Good Luck, Humans, Cosimo was established by someone with a lifetime of experience with leather: Lori Almario, a third-generation member of the Gregorio clan, the family behind Gregg Shoes.

“I grew up with leather, so I distinctly know what it’s all about,” says Almario. “I also worked in the US for 12 years in the garments industry, so [Cosimo] is really about marrying my knowledge [of the two].”

Almario says she designs each bag according to the jacket’s look, making each piece one-of-a-kind. She also only uses genuine leather. 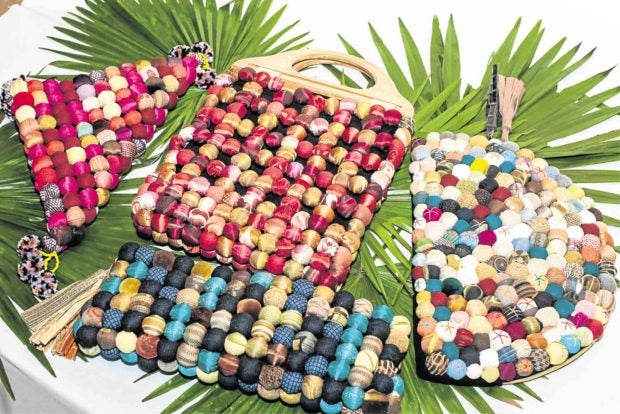 Bags by Good Luck, Humans are made using lucky buttons, or balls of fabric stuffed with fibrefill

“I curate the products that I use. I have this ability to see where the wear and tear is. We also reprocess the leather as much as possible [to minimize blemishes],” Almario says.

Designs for men and women are available, says Almario, but the brand’s current focus are backpacks and duffel bags. Almario says her choice to upcycle (she also uses old denim for the duffel bags) stems from her desire to create something eco-friendly.

“It’s not just because it’s trendy,” she says. “We really have to be more aware of [what’s happening to] the environment. The fashion industry is one of the world’s biggest polluters,” Almario says.

Albert Avellana, MFPI president, says they decided to put up the Pinoy Man Cave this year because of feedback there were hardly any items for men.

Aside from Cosimo Leathersmiths, other exhibitors that will be in the Pinoy Man Cave—and MaArte first-timers—include fashion designer Randy Ortiz and Siklo Pilipinas, which makes bags made from upcycled rubber tires. 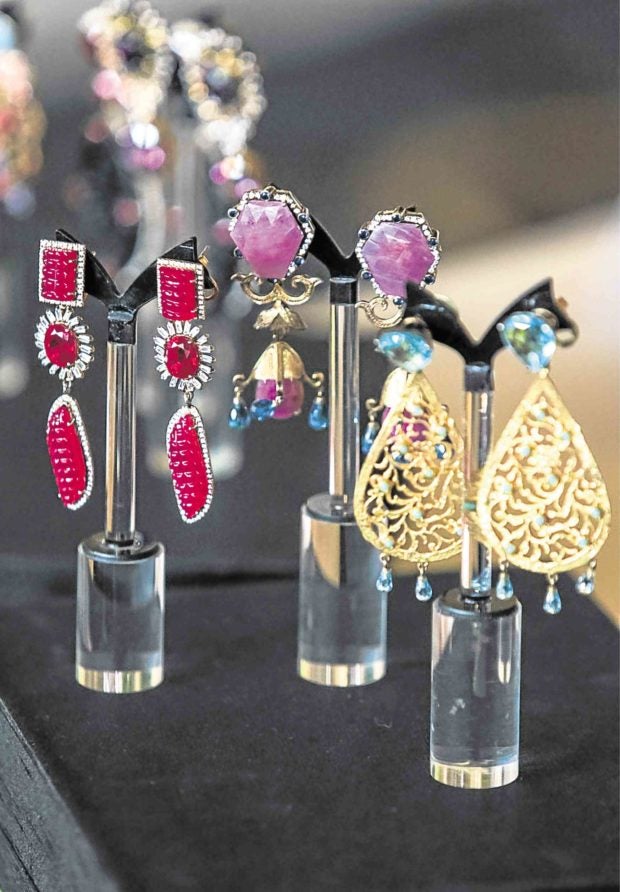 “This new addition allowed some of our existing exhibitors to diversify their products and create new lines,” Avellana says.

Now on its 10th year, the MaArte Fair, dubbed for the past two years as “MaArte at The Pen” because of its host venue, is one of MFPI’s major fundraising events, proceeds of which support the National Museum and other museums around the country. The fair is open to the general public.